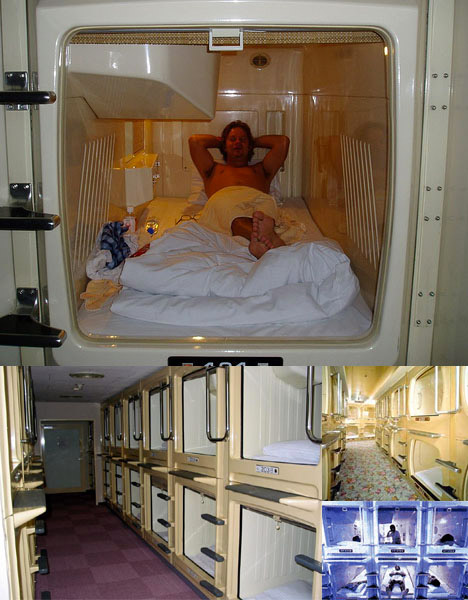 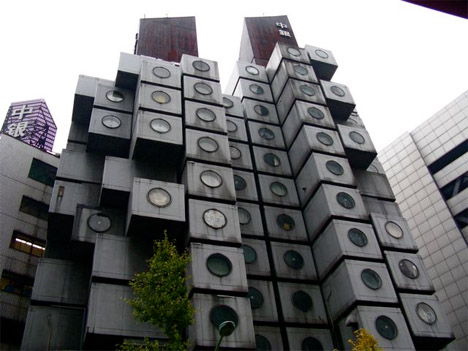 Capsule hotels are among the most basic accommodations in the world that don’t involve sleeping outdoors. These tiny and highly economical spaces consist of little more than a twin-sized bed inside a small private space for a nightly rate of as little as $20. Some offer TV and wireless internet. While some have been relatively successful, like the one in Fukuoka pictured top, the Nakagin Capsule Hotel in Shimbashi built in 1972 is now abandoned. Photographer and urban explorer Michael John Grist has lots of images of the decaying structure. 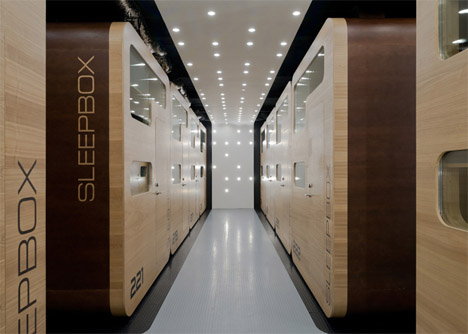 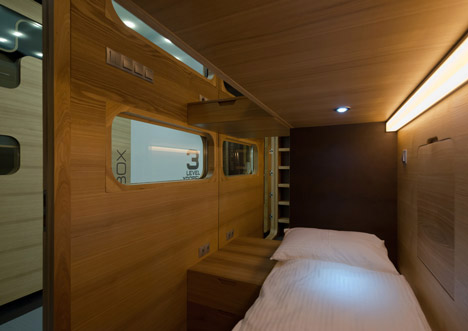 The first iteration of a Sleepbox Hotel shows just how versatile this concept can be, fitting portable sleeping capsules into an old building in Moscow. The modular hotel rooms were simply placed inside the pre-existing space to instantly transform the purpose of the building without requiring a lot of renovation. The four-story building is envisioned as a midpoint between a hotel and a hostel, with both 2-person and single-person units available. Each Sleepbox is mobile and simply requires a power source for lights and charging mobile devices. Lockers and bathrooms are located in a central common space. 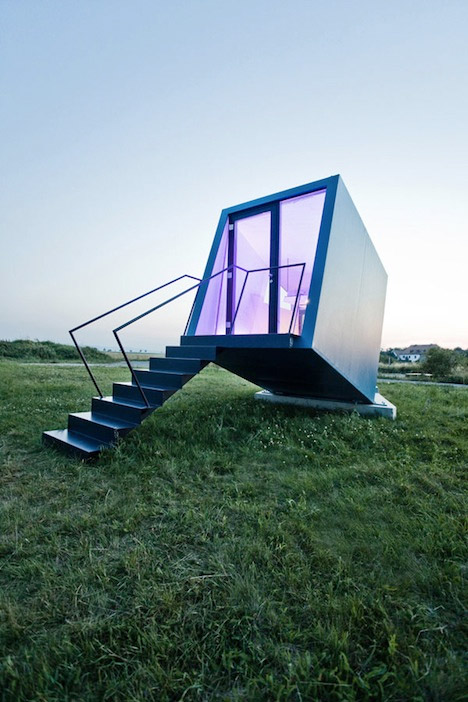 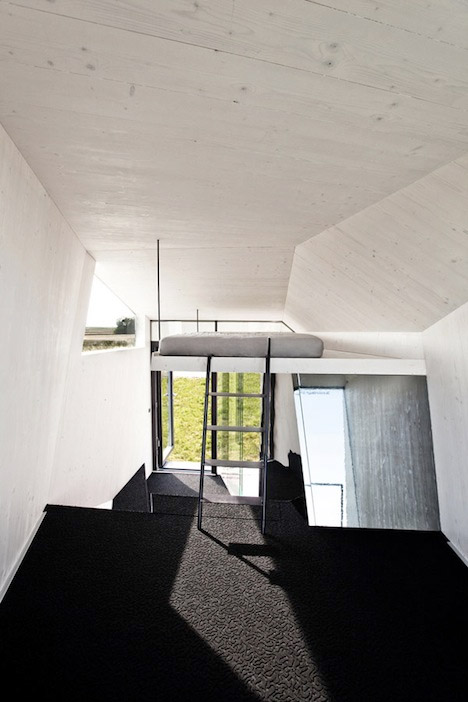 This traveling hotel room is anything but boring, spurning the cube or rectangular-shaped standard for a more visually interesting off-kilter geometric form. Each unit can be equipped with a kitchen, bathroom, sleeping and living area and transported with ease on the back of a truck. Whenever hotels need extra rooms, they can simply order up a bunch – or travelers can order one and have it shipped to the location of their choice. 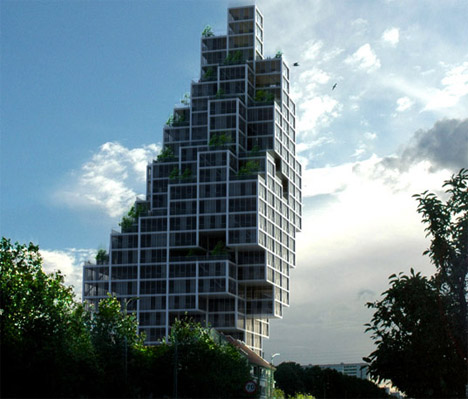 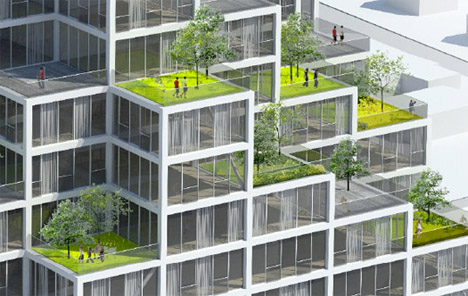 Another stackable concept consisting of individual units places hotel rooms, residences, retile and office space within a terraced frame that enables green spaces and views for most of the units. Each individual unit is envisioned as a ‘pixel’ within a constantly shifting and growing whole.