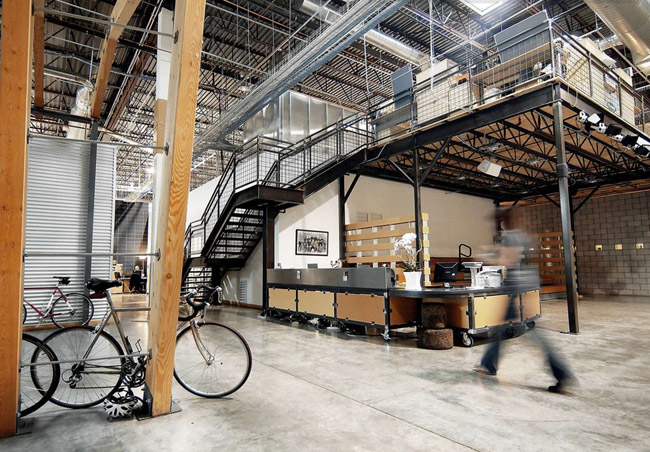 Anything from a graffiti-covered subway car to a Route 66 gas station can become the setting for creative modern offices. Architects and intrepid homeowners have converted junked buses into home offices, $20 construction trailers into backyard studios and subterranean garages into company headquarters. 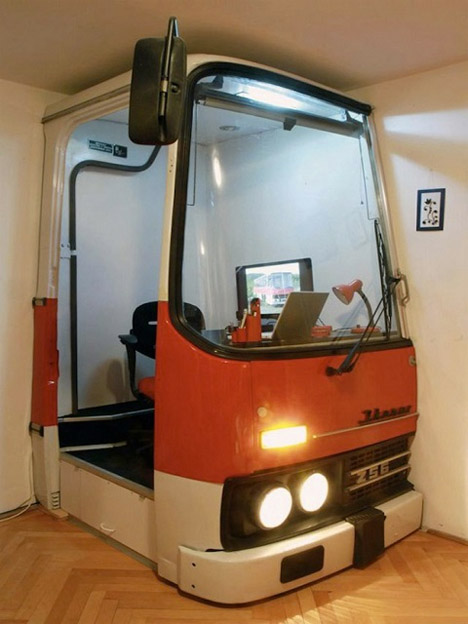 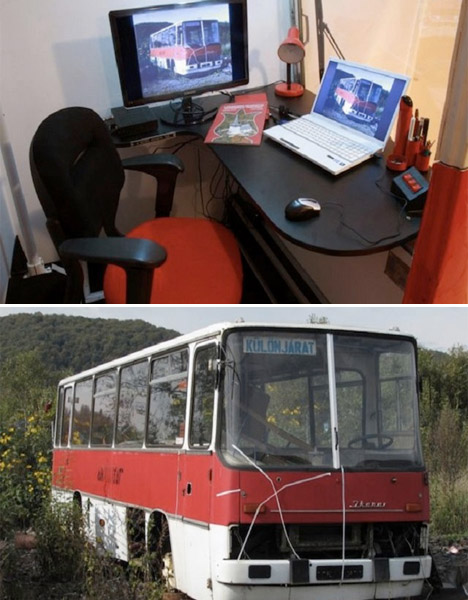 One creative thinker in Hungary saw something most of us wouldn’t when he gazed at an old bus sitting in a junkyard: a corner office. That is, a home office in the corner of his bedroom, made from a sawed-off section of the bus. A new paint job and working lights give the bus a fun update. 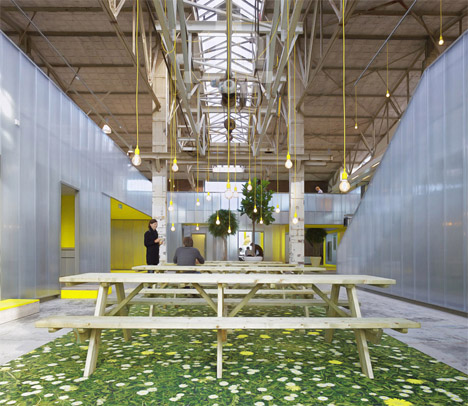 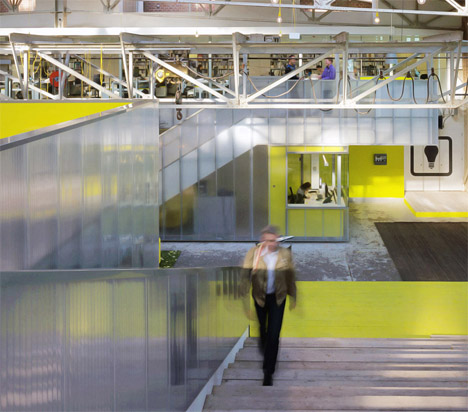 The existing shell of a former steel plant has become a wide-open industrial setting for the offices of engineering firm IMd, with sections in the two-story structure linked by foot bridges. Translucent volumes set within the large space provide quiet and private places to work and meet without sacrificing the spacious feel. 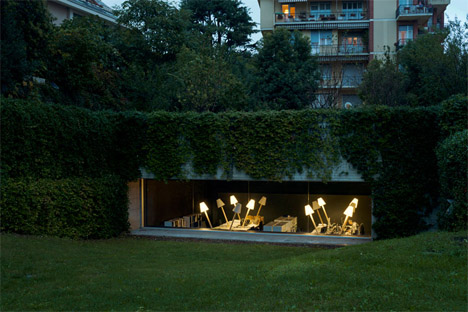 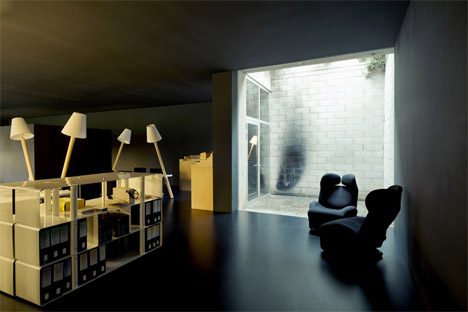 Half-hidden by an overgrowth of ivy, all that’s visible of this architecture office from ground level are a few desks and some unusual lighting. Architect Carlo Bagliani remained an underground car garage as an inhabitable workspace filled with industrial accents. A long glass wall facing the lawn prevents the subterranean space from feeling dark and cramped. 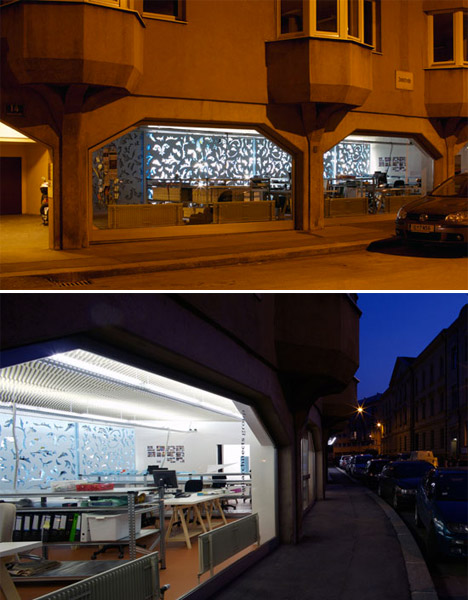 Austrian architecture firm Bad Architects turned a house in Innsbruck into their own office on a tight budget using sliding-wall systems made of foam to divide the interior spaces. The foam panels feature cut-out patterns that let light pass from one space into another, and give the office visual appeal from the street. 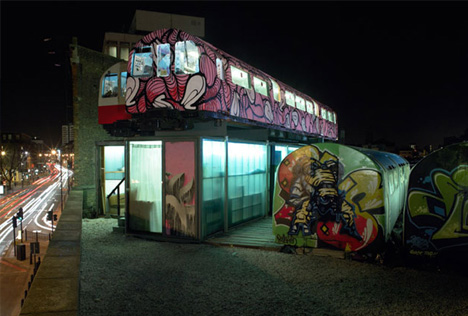 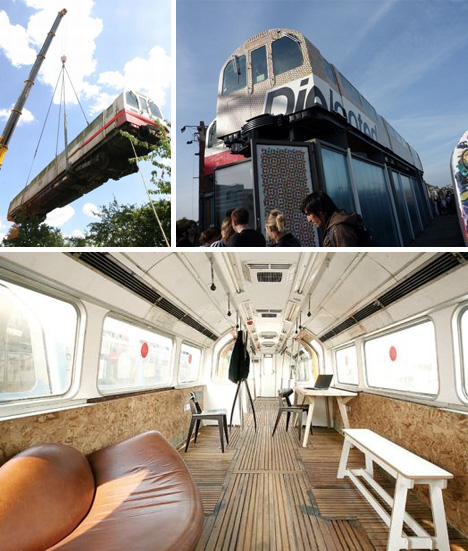 Graffiti-covered subway cars (or ‘tube carriages’ as they’re known in the UK) were hauled onto a rooftop and stacked together to create offices for international arts charity Village Underground. The spaces are leased to creative small businesses and art-related start-ups, who’d naturally feel right at home in a reclaimed urban space decorated with vivid street art.