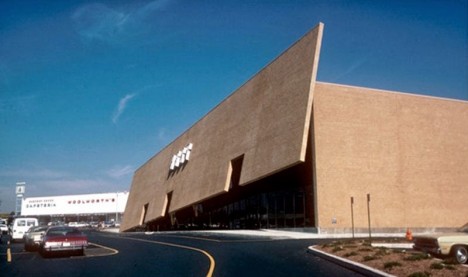 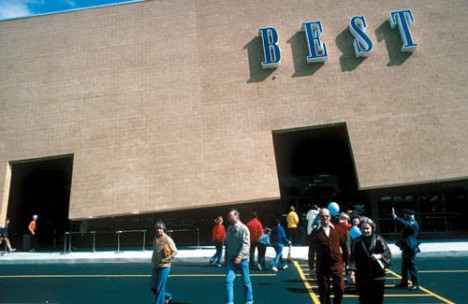 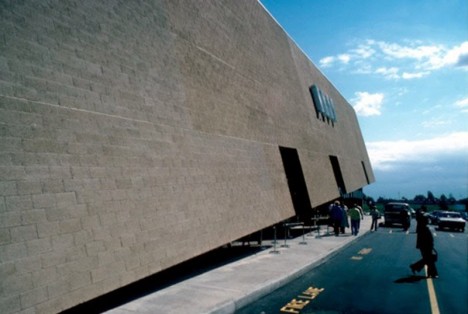 Located at the Eudowood Shopping Center in Towson, MD, the Tilt Building opened in 1978 and featured a 240ft long slanted front canopy mounted on a steel frame weighing dozens of tons. While the store’s tilted front facing didn’t move, it did help provide shade and thus reduce cooling costs in hot weather. No trace of the Tilt Building remains as it was completely demolished around the turn of the 21st century. 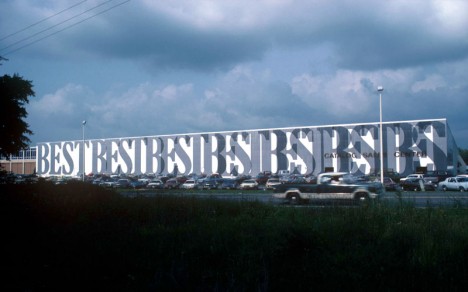 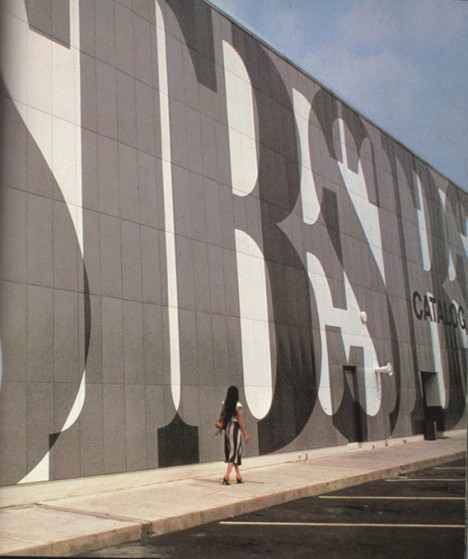 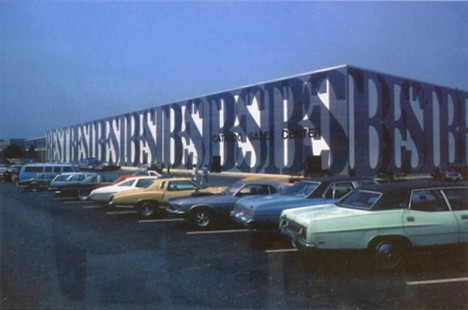 Best Products was so pleased with SITE’s work on the first few designated retail catalog stores, they contracted them to give a fresh look to their distribution center at 14190 Washington Highway (Route 1) in Ashland, VA. The result was the so-called “Antisign” building, which starts off clearly displaying the name “BEST” but rapidly degenerates into an unreadable jumble of B’s, E’s, S’s and T’s. Not that this was a bad thing: at 585 feet long and 36 feet tall, the combination sign/wall practically shouted out Best Products’ name to the world. 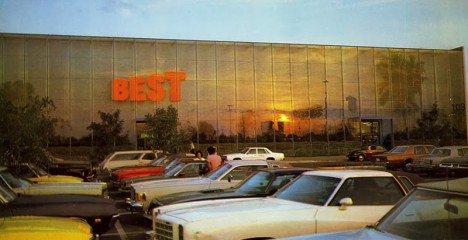 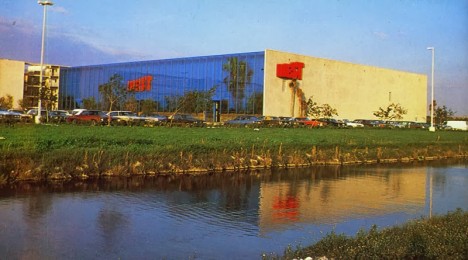 The Seventies were a much-maligned period dubbed variously The Me Decade, The Malaise Era and the Age Of Disco but not all was forgettable mediocrity: The Peeling Project helped add a much-need injection of innovation and excitement to America’s bleak commercial/retail landscape. Take the Rainforest Showroom at 5301 W 20th Avenue in Hialeah, FL for instance. This creative example of SITE’s ingenuity dating from 1979 employed a double front with a glass-paneled outer wall. A network of pipes poured a shimmering sheet of falling water over the glass while the narrow space between the two walls was planted with exotic tropical trees, shrubs and foliage. 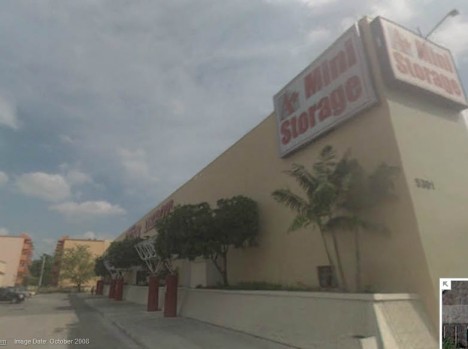 The glass frontage also served to highlight Best Products’ new red-lettered brand logo, albeit the view was somewhat blurred by the never-ending waterfall. Following Best’s turbulent descent into a sea of red ink, the Hialeah store was split between Office Depot and A+ Mini Storage. The artsy rainforest elements were disassembled and the strip of exotic plantings was remodeled using a scruffy mix of low-maintenance species.