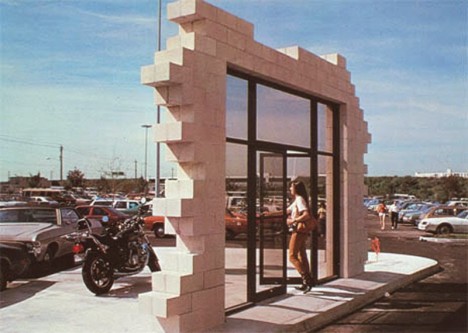 Built in 1980, the Cutler Ridge Showroom at 19600 South Dixie Highway in Cutler Ridge, FL is the only one of the nine The Peeling Project buildings not to be given a distinct and descriptive name. It sure does deserve one: this ambitious architectural effort made a big impression on multiple levels and dimensions. As planned, the store was to feature a front wall twice displaced laterally, requiring visitors and customers to sequentially traverse the doors, the awning, and the actual store threshold itself. 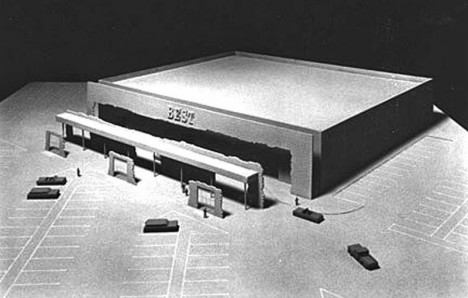 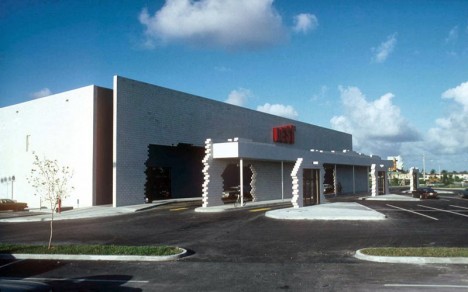 Much like the tollbooth from Blazing Saddles (“Somebody’s gotta go back and get a sh**-load of dimes!”), the doors were functional though it’d be a simple matter to just go around them – no charge either way. In addition, an onlooker viewing the front of the store from a single optimum POV would perceive the storefront as if it were constructed like most any other big box store. In the end, however, all would be for naught as the building was completely demolished after Best Products folded. 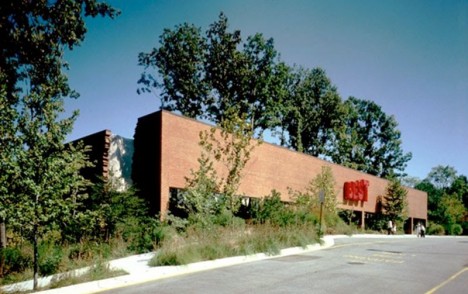 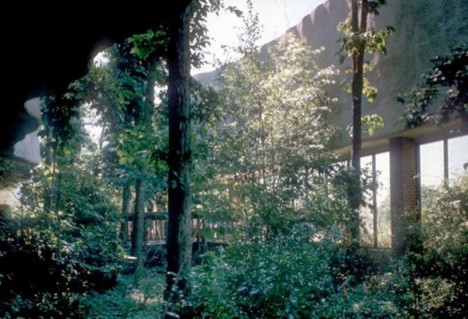 The beautiful Forest Showroom at 9008 Quioccasin Road in Richmond, VA was an outstanding example of environmentally cognizant commercial architecture for its time – the showroom opened in 1980. The design gave the outward appearance of the front of the store having been wrenched away from the building ages ago, allowing mature trees to fill in the space between. 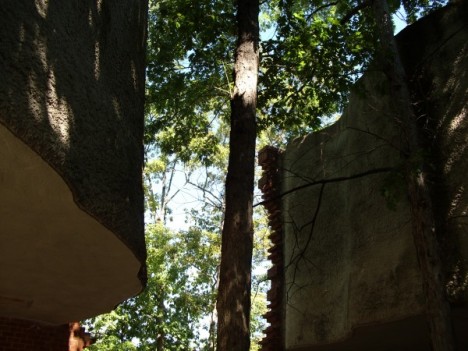 Of the nine Best Products catalog showrooms designed by SITE, the Forest Showroom is the only one to have survived mainly intact to the present day. Though the trees have grown and the interior has been drastically remodeled since the West End Presbyterian Church now occupies the space, the structure’s original essence (not to mention the sun) still shines through. 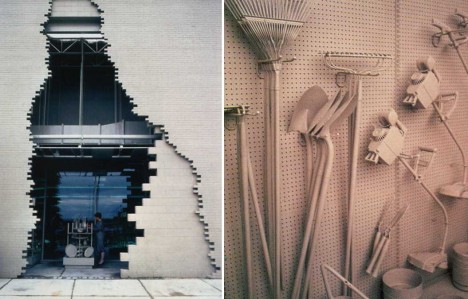 In 1984, the final showroom showpiece in the Best Products + SITE set opened at 8604 West Brown Deer Road in Milwaukee, WI. The Inside/Outside Building was the ultimate artistic effort in more ways than one, requiring an unheard of amount of planning, preparation and (no doubt) expense. The latter refers mainly to the plethora of everyday household items which were cast in aluminum and arranged on aluminum shelves… even the faux pegboards were cast in aluminum. 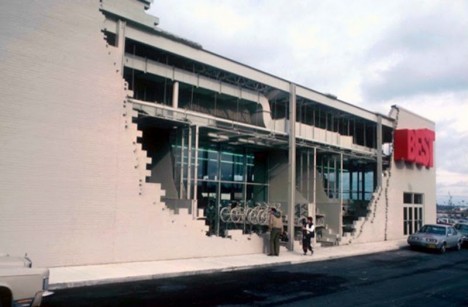 Though glass dividing walls separated the real products from the display goods, at one point only did the twain meet in the form of a child’s bicycle “stuck” between a glass wall, real on one side and cast in aluminum on the other. 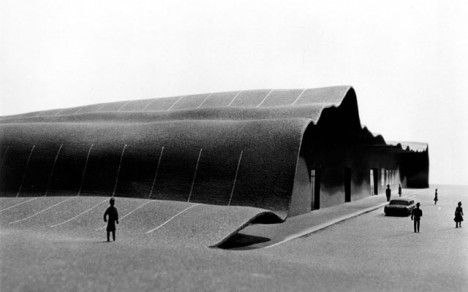 Alas, with the Inside/Outside Building SITE may have built a brick too far… the open nature of the construction combined with Wisconsin’s wicked winter weather led to problems with water damage, while the realistic nature of the cast aluminum goods proved to be all too tempting for, shall we say, “non”-customers. By 1989 the building had been modified beyond recognition and these days it languishes in a drab architectural wasteland as a remarkably unfashionable K & G Fashion Superstore. Perhaps it’s just as well, considering some of the store design concepts SITE worked up but didn’t have the chance to realize.