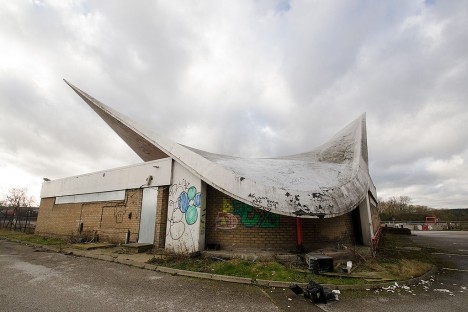 One of the most iconic abandoned Little Chef restaurants wasn’t actually designed as such – the striking building just off the A1 motorway near Markham Moor in Northamptonshire was originally a petrol (gas) station when it opened back in the 1950s. Flickr user leon S-D captured the slightly ominous scene above on a typically overcast English day in February of 2014. 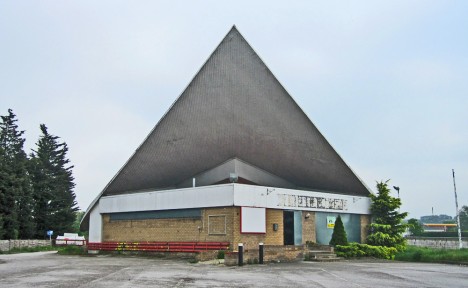 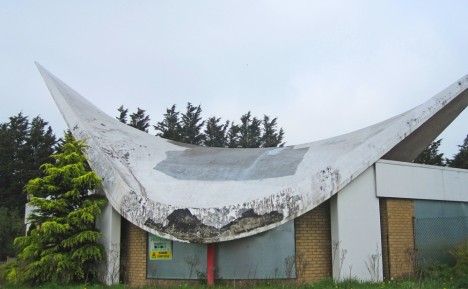 Designed by the late architect Sam Scorer, the structure features a hyperbolic paraboloid concrete shell roof that still looks elegantly futuristic even in its current state of abandoned dereliction. It may remain so for some time: though officially listed as an historic structure, there are as yet no plans for preservation and/or repair. A tip of the hat to Flickr user Pippa Kahn for the images above taken in May of 2013. 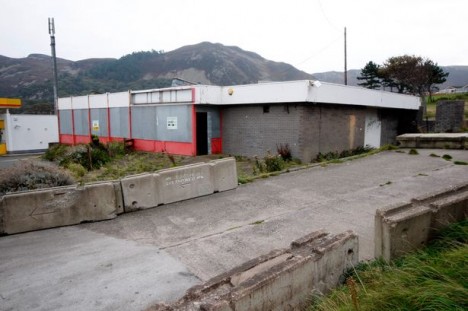 Save the Wales’ Little Chefs? Not gonna happen, at least not as such. The above location can be found near Puffin roundabout in Penmaenmawr, northern Wales, where it has sat abandoned since being closed in January of 2007. There’s life in this old Little Chef yet, however, and we don’t mean rats and roaches! With some help from the Welsh government, the site is to be redeveloped into a cafe, farm shop and tourism information center. “I have spoken to the developer,” stated Penmaenmawr councillor Ken Stevens, “and he seems to have a lot of good ideas for the site, which has been an eyesore on the town’s doorstep for too long.” 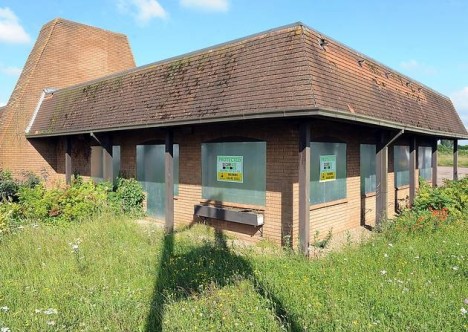 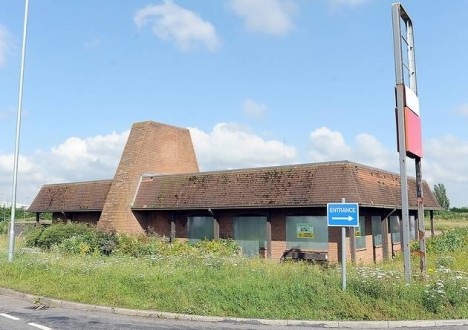 Meanwhile, er, during the meanwhilst, an abandoned Little Chef on the Pullover Roundabout over in West Norfolk will be reborn as a McDonald’s, providing up to 60 badly needed jobs to the local economy. The reincarnated restaurant will be open 24 hours a day and feature drive-thru service. No word on whether they’ll be serving McOx Cheeks.