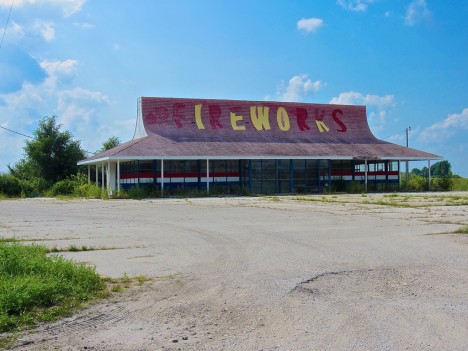 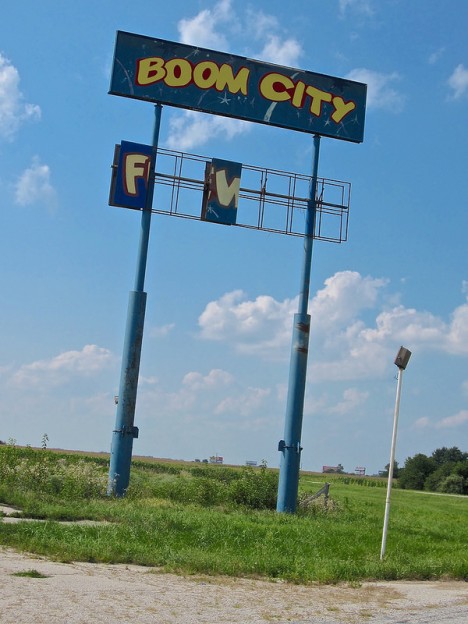 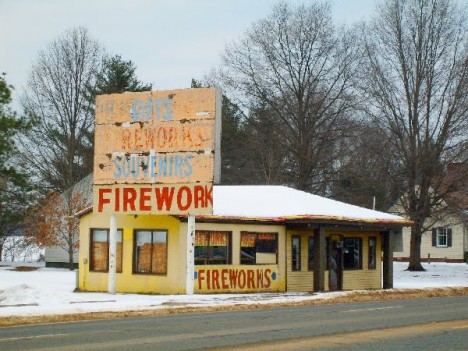 Panoramio user R.W. Dawson brings us the above deserted fireworks store in Port Royal, VA. Looking decidedly un-firework-y perhaps due to the time of year (snowy early February), the store seems to have failed in its off-season efforts to flog gifts and souvenirs. One might say their business… fizzled out. 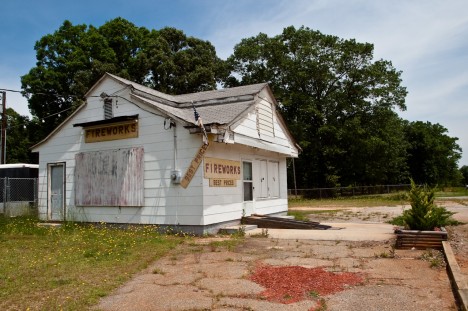 Looking for fireworks at the best prices in all the wrong places? Then you’ve probably come across the above whitewashed wooden stand located off U.S. Route 29 in Allendale, about 8 miles west of Anderson, South Carolina. Flickr user Bill Herndon arrived at the pretty but lonely shack back on May 10th of 2010 and, unable to purchase fireworks at the best (or at ANY) prices, had to settle for snapping the shack with his trusty Olympus E-620. That’ll teach ’em!