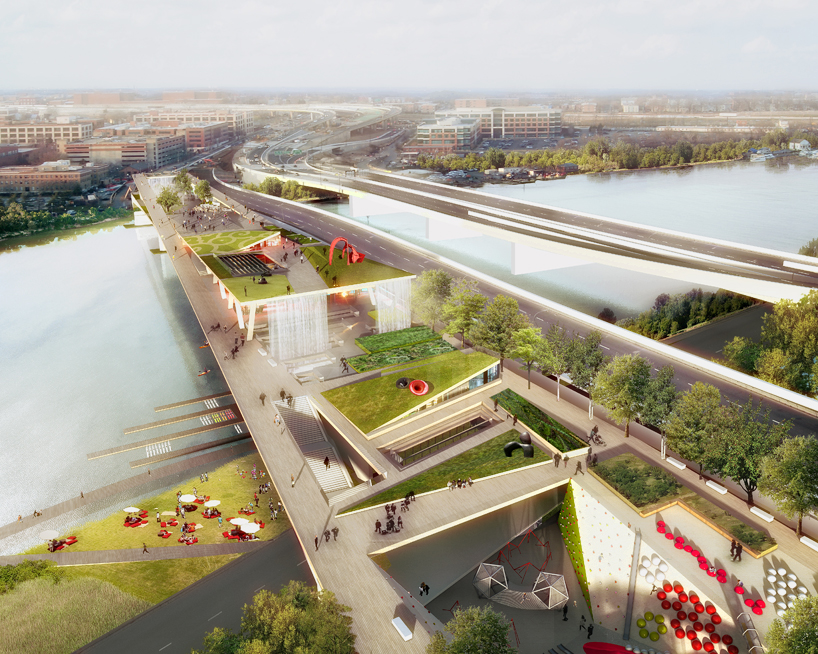 A freeway bridge linking historically divided sides of Washington, D.C. on either side of the Anacostia River is set to become a vibrant, High-Line-style elevated park. OMA + OLIN have been announced as the winners of a competition to design the new civic space, which will be packed full of fun attractions including performance spaces, play areas and an environmental education center.

The 11th Street Bridge Park will reuse existing piers from the bridge that once connected Wards 6, 7 and 8 on either side of the river before it was replaced. Uniting these diverse communities in an unprecedented way, the bridge will offer recreational opportunities ranging from canoe and kayak launches to a hammock grove. There’s even a series of nets that allows people to hover over the water. 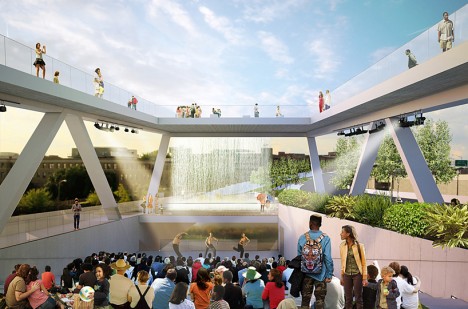 Paying tribute to a motif found throughout the city, the design consists of a sloping X-shape with an eclipsed cafe, an environmental center and a central plaza at its center. Atop each building is a rooftop garden filled with public art, amphitheaters, playground equipment and lots of trees. 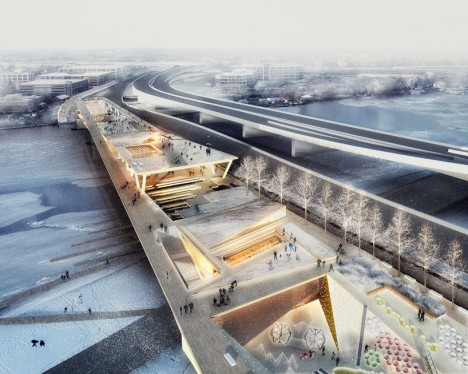 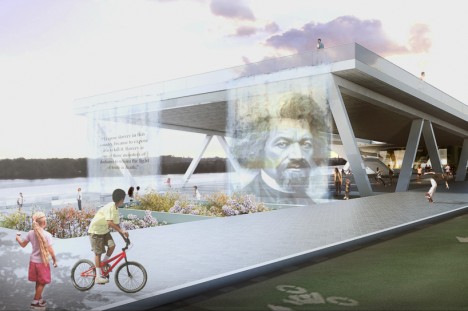 The design encourages interaction between two very different sides of the city, one wealthy and the other historically poor, drawing them together to enjoy nature, culture and physical activity. The project incorporates a wide variety of suggestions from the community, creating a space that’s tailored to their wants and preferences.