For the 25th anniversary of its fall, this Berlin Wall installation project will illuminate the historical divide between East and West, temporarily recreating the infamous border with balloons on tethers in place of concrete with barbed wire.

The work, titled Lichtgrenze by creators Christopher and Marc Bauder, will go live over the weekend of November 9th for just three days, inviting residents and visitors alike to retrace a path that in many places has been obfuscated by time and intentional attempts to bury the past.

More on the date, route and purpose from its creators: “From November 7th to 9th 2014, the inner city of Berlin will be temporarily divided from Bornholmer Strasse to Mauerpark and the Berlin Wall Memorial on Bernauer Strasse, past the Reichstag, the Brandenburg Gate and Checkpoint Charlie to the East Side Gallery: a light installation featuring 8,000 luminous white balloons commemorates the division of Berlin … the installation’s emotional and visual power evokes the dimension and brutality of the Wall.” 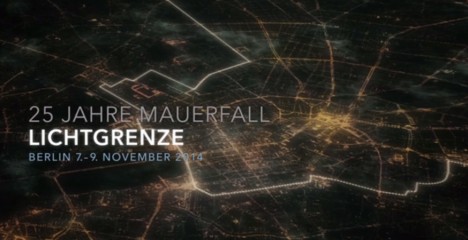 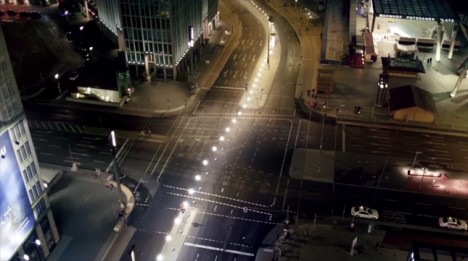 The biodegradable light-filled balloons will then be released in unison at the end of the weekend, floating away with messages attached by those who choose to contribute. The balloon event will be accompanied by other interactive programs and wall stories.

Every 500 feet along the path of the lights there will be historical footage and imagery of what each area was like when the wall was still intact, leading up to its world-watched destruction in 1989. While there were walls, mines and no-mans-land zones outside of Berlin as well, there is something particularly powerful about the way the boundary impacted Germany’s capital, slicing it brutally through its center, often cutting streets and even buildings in half.

Additional details from the press release: “The re-imagining of the Wall through the LICHTGRENZE will be accompanied by numerous exhibitions, events, and guided tours. A new permanent exhibition will be opened at the Berlin Wall Memorial on Bernauer Strasse, and an open-air exhibition conceived by the Robert Havemann Society will be on view along the 15 km-long light installation: 100 Wall stories at the original sites where events took place.” 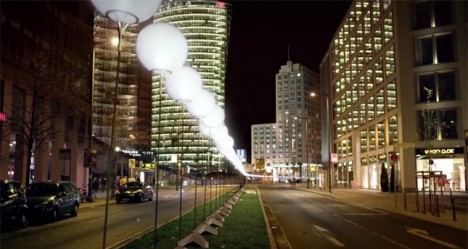 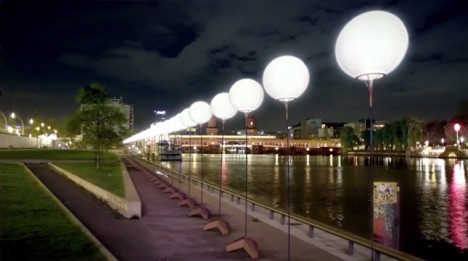 More on the other simultaneous programs and temporary venues: “Large format screens at selected public locations will show impressive film collages made from historic, often little-known footage of the time the Berlin Wall fell. Three of these public venues will also offer extensive guided tours courtesy of Museum Service Berlin. Rounding out the programme are a number of information pavilions and viewing towers offering particularly impressive views of the light installation.”