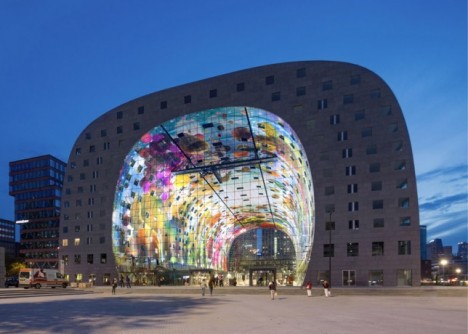 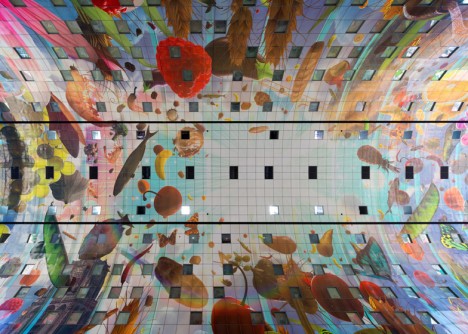 A mural of a different sort wraps around the entire core of a mixed-use building in Rotterdam by MVRDV. The architects created a digital display that’s projected onto nearly the entire interior surface area, covering over 100,000 square feet, depicting the work’ Cornucopia’ by artists Arno Coenen and Iris Roskam. The image was rendered by Pixar software to make it sharp enough for such a large display.

Wrinkles in the City by JR 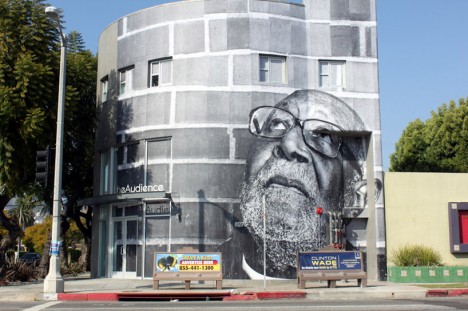 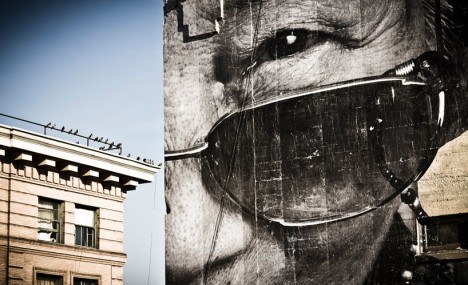 A campaign called ‘Wrinkles in the City‘ by French street artist JR covers urban surfaces in gigantic prints of photos of older individuals. Wheat-pasted onto exteriors in Los Angeles County, the images celebrate the faces and stories of some of the city’s longest-standing residents. 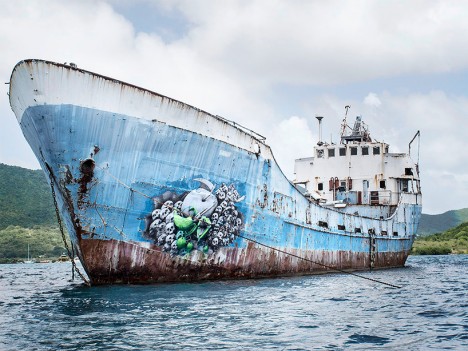 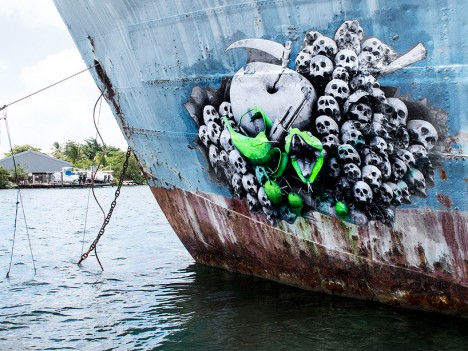 Parisian street artist Ludo takes his signature style to the Caribbean, painting muted murals on gritty surfaces all over the neighborhoods of St. Martin and St. Barthelemy. One example is a collection of skulls surrounding an apple, a snake and weaponry spotted on the exterior of a ship. 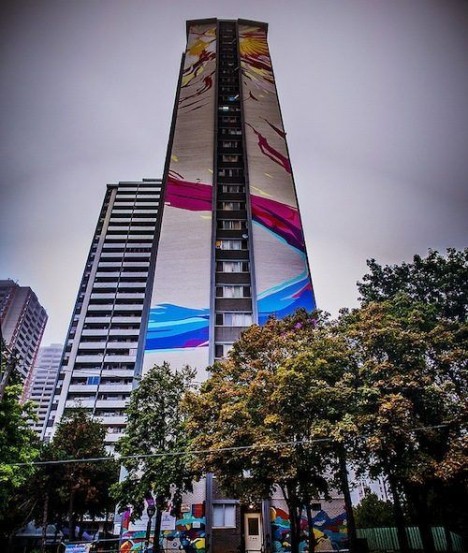 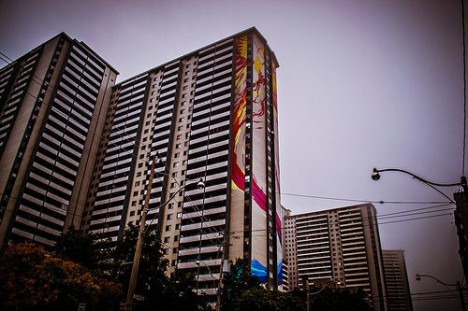 A giant phoenix representing recovery from a devastating fire stretches across 29 stories in what is believed to be the world’s tallest mural. Covering the side of an apartment building near Sherbourne, the mural was created as part of the STEPS Initiative to connect people and the community. 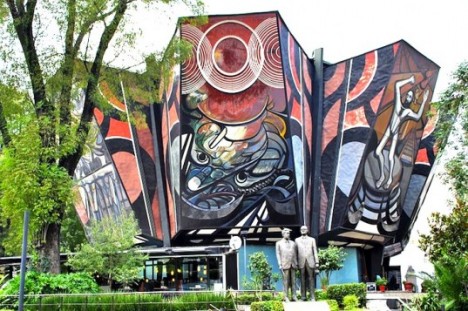 The previous record holder for the world’s largest mural is the exterior of the Polyforum Siqueiros Cultural gallery in Mexico City, a decagon-shaped building with a facade covered in imagery by famed Mexican muralist David Alfaro Siqueiros. THe building houses a display of more of Siqueiros’ work as well as a theater and additional galleries.