Apple Stores and Apple authorized resellers are about as sure a thing as can be in business but even these b&m goldmines close shop and are left abandoned. 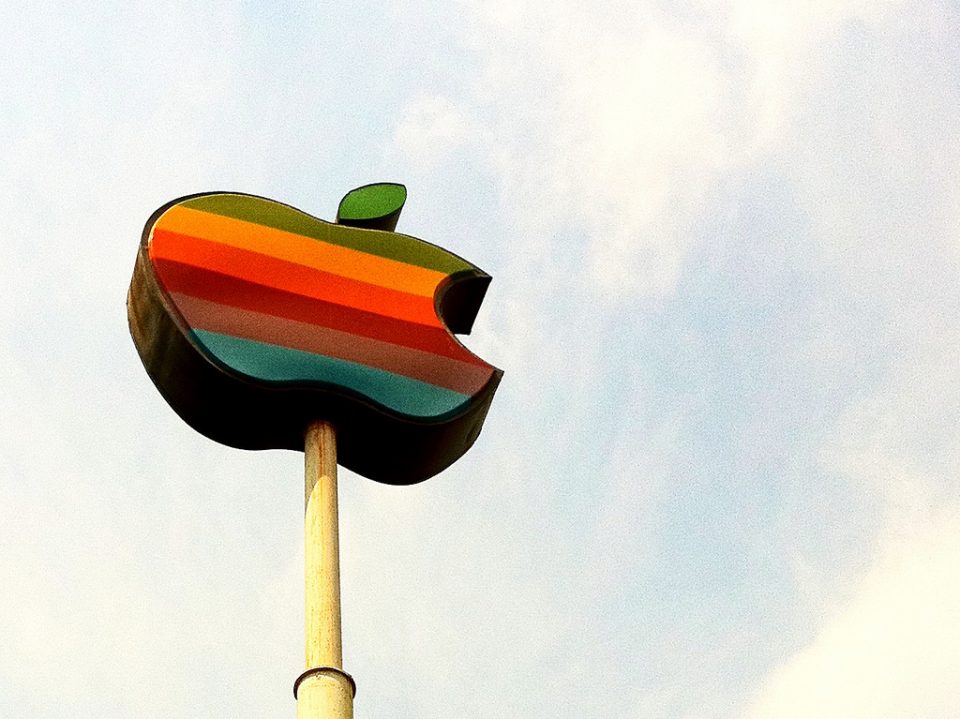 There weren’t any official Apple Stores before May 19th of 2001, only authorized Apple resellers ranging from Mom & Pop computer shops to big box retailers like Best Buy and Circuit City. The sign above hales from the 1980s (the “rainbow” Apple logo was used from 1977 to 1998) and towers over the Roberts Court strip mall on Barrett Parkway in Kennesaw, Georgia. According to Rebrn.com, the sign advertised Rick’s Educational Products and although that store moved many years ago, the sign lingered on for decades. The images above date from April 8th of 2011 and April 10th of 2011 respectively. 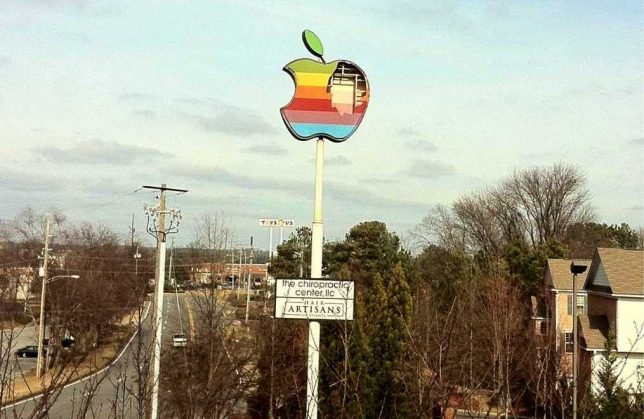 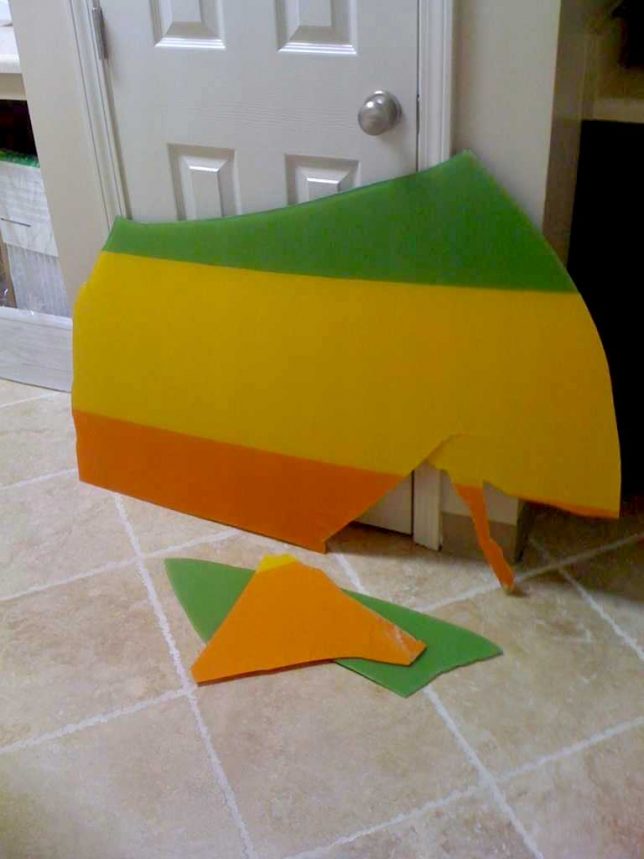 Later that month, something – most likely a weather-related event – twisted the top of the sign 180-degrees and shattered the plastic on both sides. A Reddit user who lives nearby fortuitously picked up some of the pieces as seen above. Not sure what his plans for them are but we hear pretty much anything sells on eBay these days. 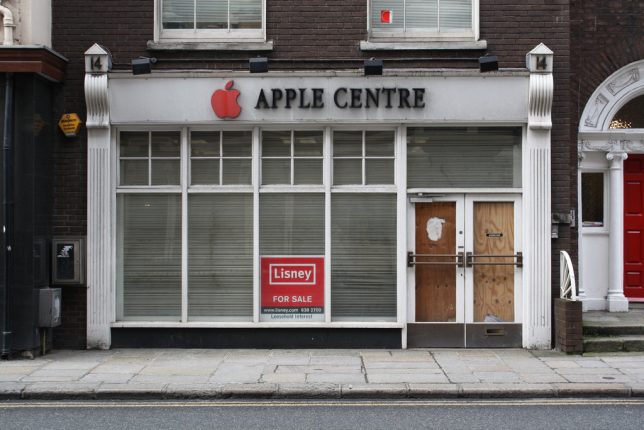 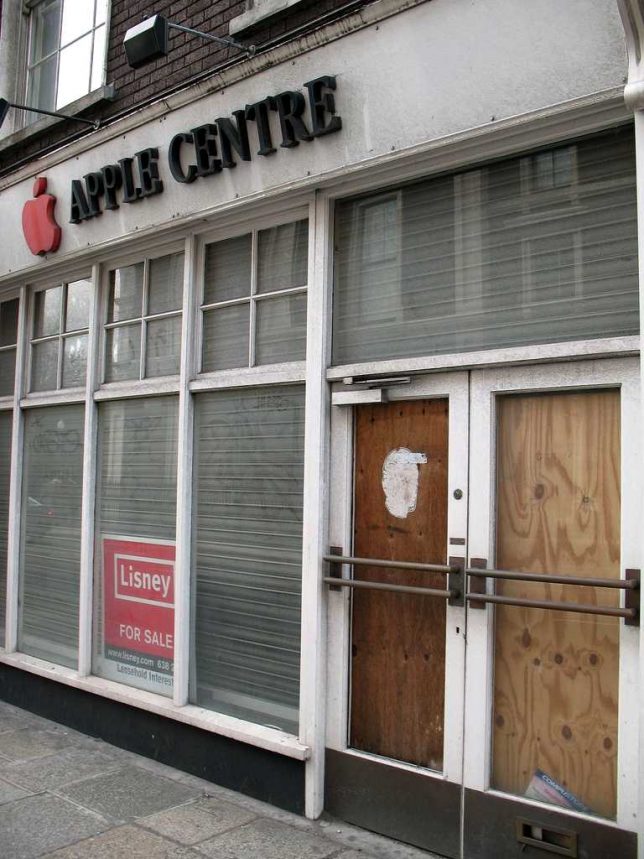 The number of Mac authorized resellers dropped by almost half between 1997 and 2000. Around that time Tim Cook, Apple’s Senior Vice President for Worldwide Operations since 1998, announced the company would “cut some channel partners that may not be providing the buying experience (Apple expects). We’re not happy with everybody.” Perhaps the late and lamented Apple Centre on Kildare Street in Dublin, Ireland was one such partner that aroused Cook’s ire – no pun intended. Flickr user Fintan Palmer (fintanp) snapped the shuttered shop in October of 2008; fellow Flickrer twrbl noted no change in its abandoned status five months later. 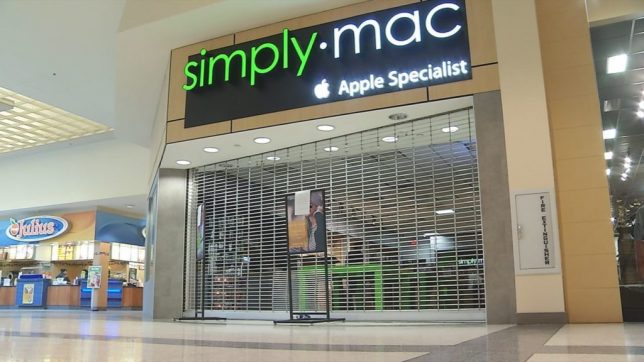 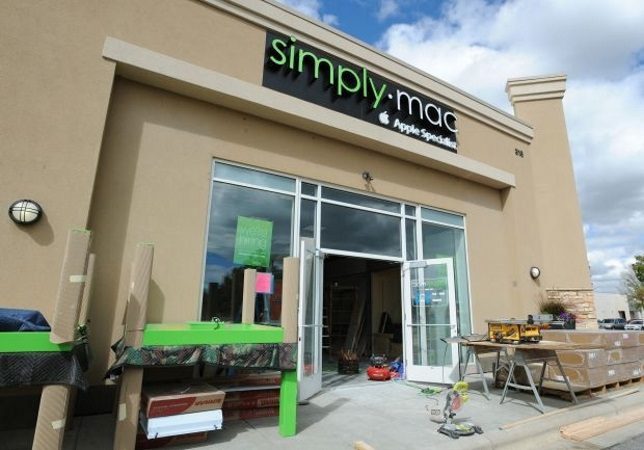 Simply Mac may have referred to itself as “the greatest Apple partner in North America” but according to a January 2017 announcement by the West Acres mall in Fargo, North Dakota, “Apple Corporation (is) ending its national agreement with Simply Mac to sell them Apple product, making it impossible for them to continue.” The Fargo store and the other depicted store in Billings, Montana are not the only Simply Mac stores closing and no doubt the signage pictured above will be coming down sooner than later.