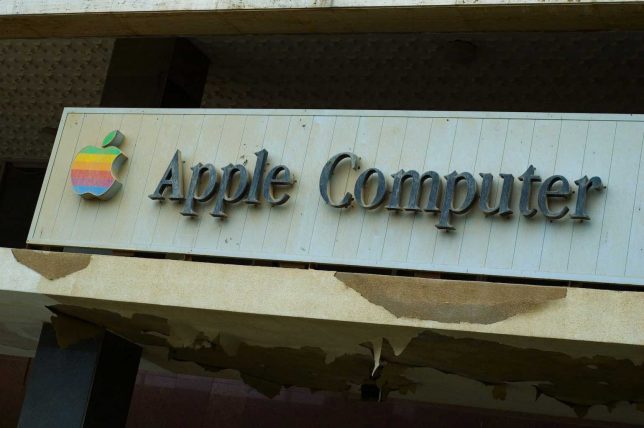 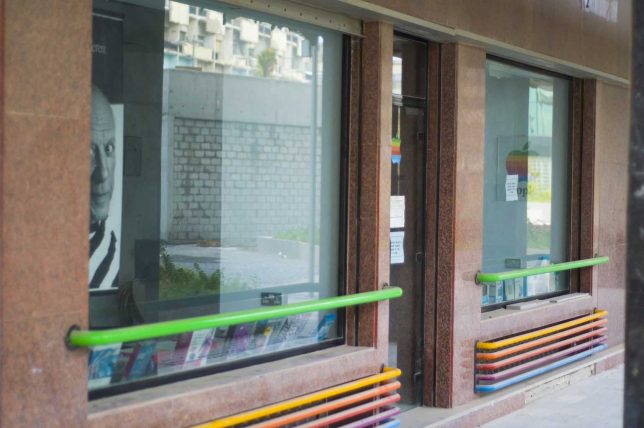 Can you imagine being the ONLY retail source for Apple products in the entire nation – ANY nation? Indeed, life must have been good for the owner of this infamously abandoned Apple Reseller in Kuwait, right? 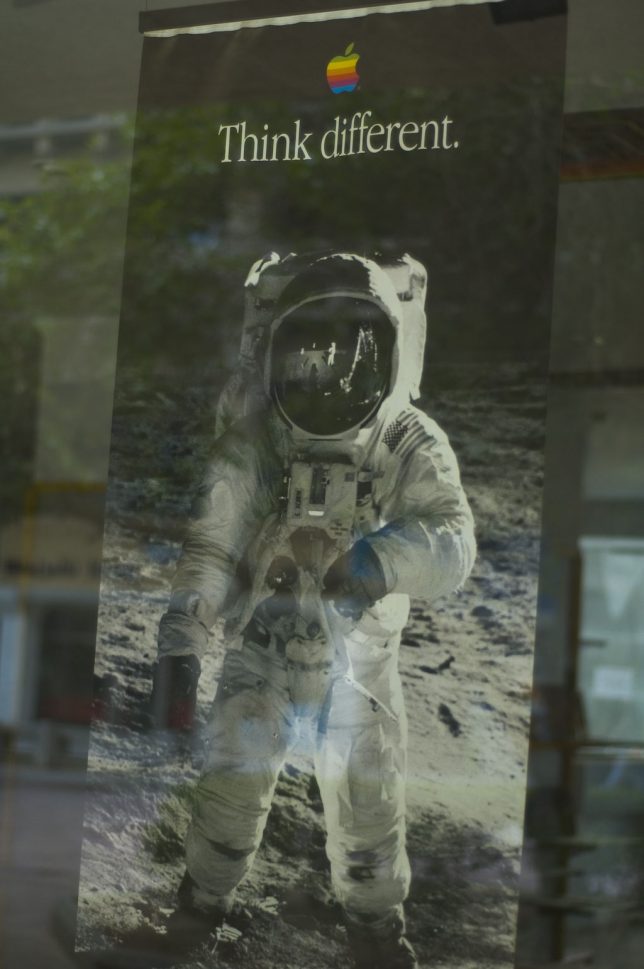 “Business was never good and it (the store) was never a money maker,” according to the photographer. “Then when you think nothing worse could happen, 2 other Apple retailers opened in Kuwait and started to cater to this small group of Mac users. This just f*ed things up as you can imagine. Last year the owner decided to close the shop and just keep the office open. And today (Jan. 2005) that’s all that remains.” 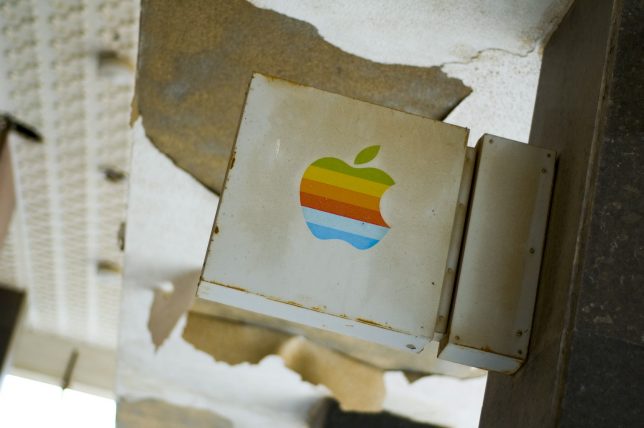 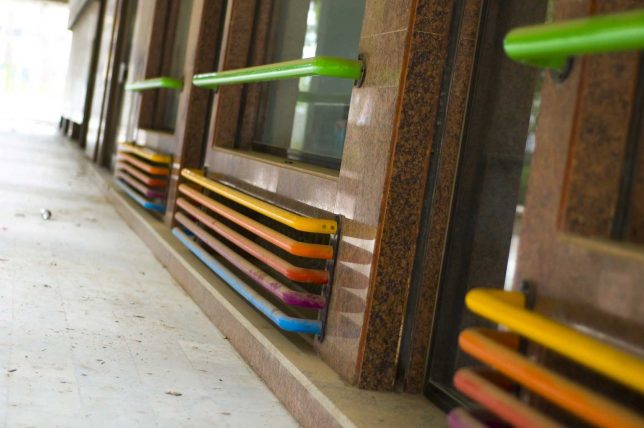 It seems the store’s fixtures, oddly off-color (or selectively faded) signage and decor changed little if any since at least the mid-1990s. These images were taken in January of 2005 when the store had apparently been closed to retail customers for about a year. 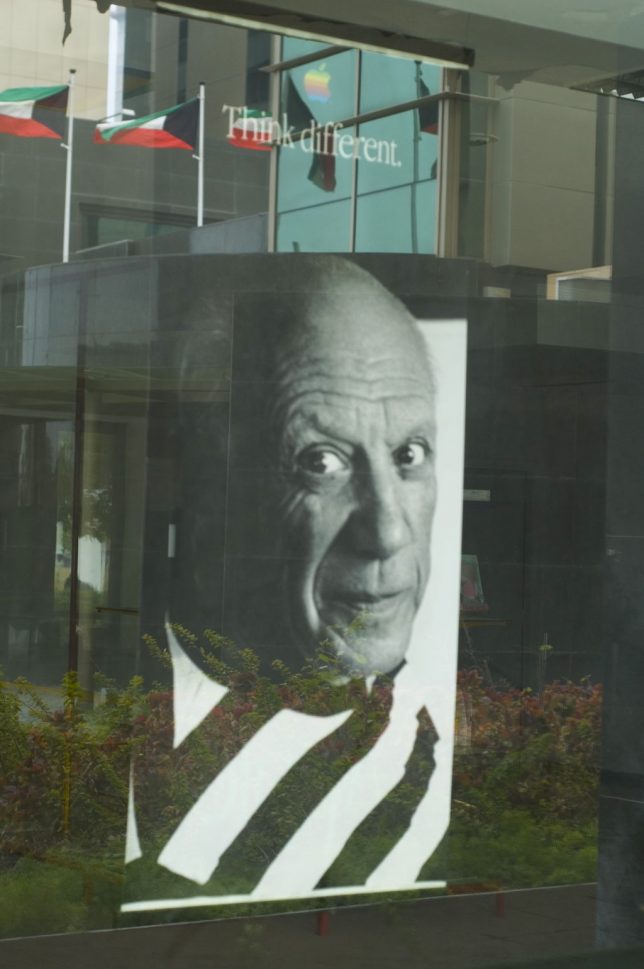 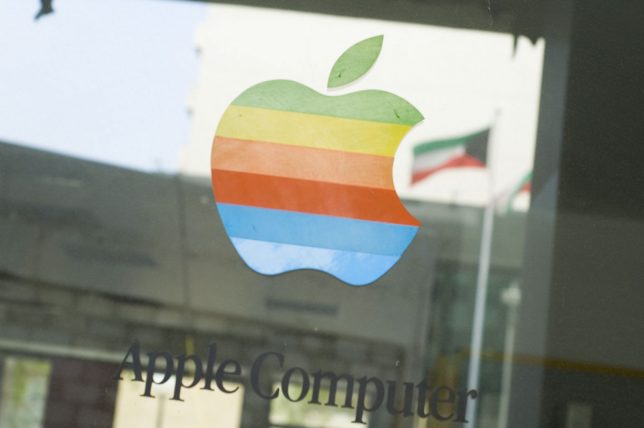 The most recent update on the store dates from fairly recently and it would appear the space has been totally refurbished and is no longer an Apple Store in any way, shape or form. Wonder who ended up with the cool posters and rainbow railings? 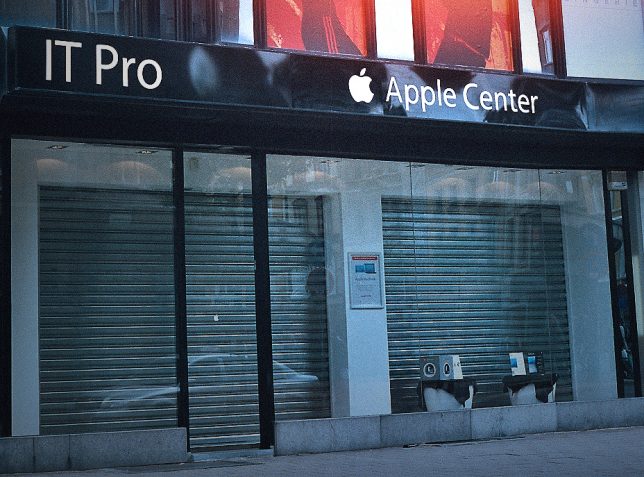 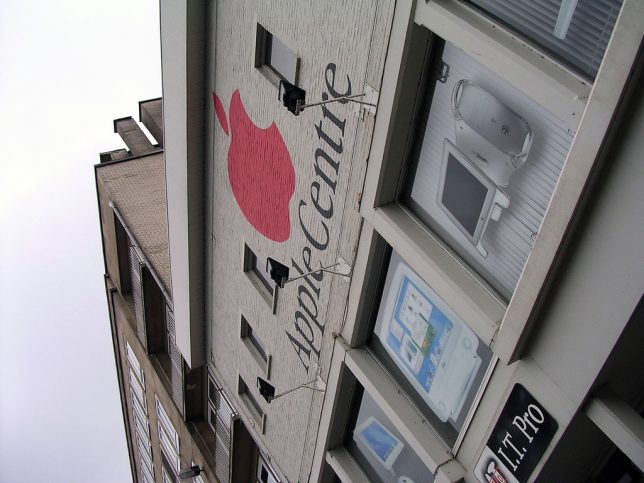 Flickr users Nils Geylen and tanja van den berg-niggen (greenchartreuse) snapped this closed IT Pro store in Antwerp, Belgium on June 7th of 2006 and in November of 2005, respectively. Did anyone notice the store is both an Apple Center and an Apple Centre? Does anyone care? It’s likely Apple HQ in Cupertino CA did – branding issues like this were one reason why the company acted to create official Apple Stores. 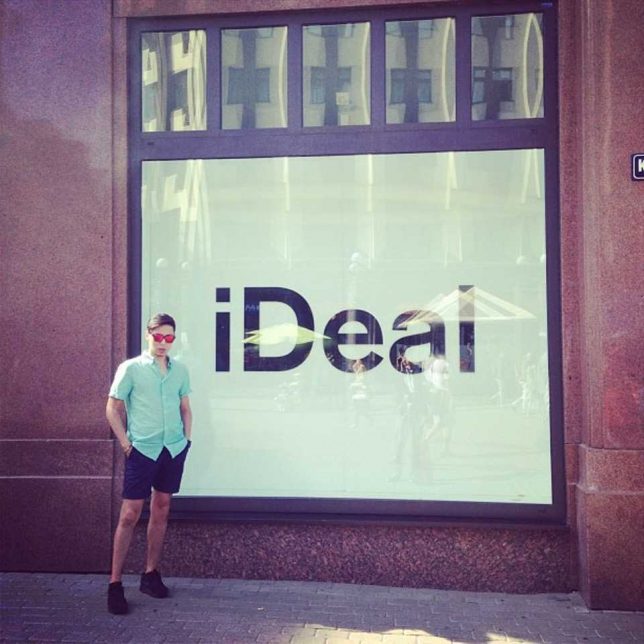 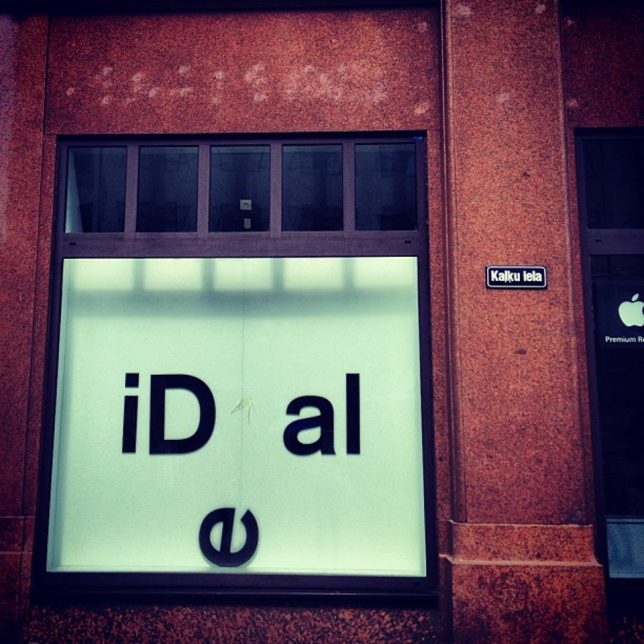 The iDeal Apple Store in Riga, Latvia occupied a premium location on the front corner of an historic building in Old Riga. As iDeal still seems to be a going concern, it may well be that prohibitive rent costs forced the reseller to shift its operations to more economical digs. The images above were taken in 2012.