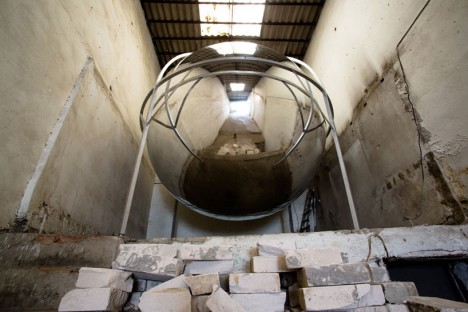 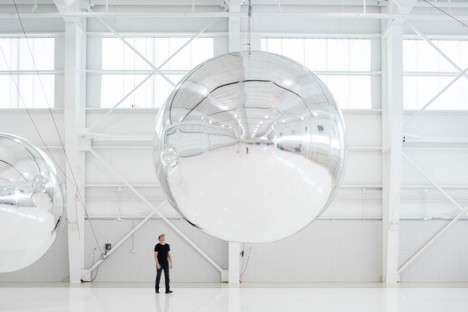 The ‘Non-Functional Satellite‘ series by artist and researcher Trevor Paglen imagines orbital structures as art objects, placing four-meter tall, mirrored spheres modeled after orbital spacecraft in galleries like sculpture. Says the artist, “One of my projects having to do with military secrecy is a project called ‘The Other Night Sky’, which involves tracking and photographing all of the classified spacecraft in earth orbit – hundreds of satellites that are officially ‘not there.’ For that project, I had to learn quite a lot about how satellite orbits and celestial mechanics work, so I started to think about how different objects behave in space, and started to ask myself ‘what would the opposite of a secret satellite be’ – maybe it would be a satellite that was designed to be seen, rather than be invisible, and designed to do nothing at all other than be seen. So I began working with aerospace engineers to design a ‘useless’ or ‘non-functional’ satellite, and am very happy to have the support of protocinema to debut some of this work in Istanbul.” 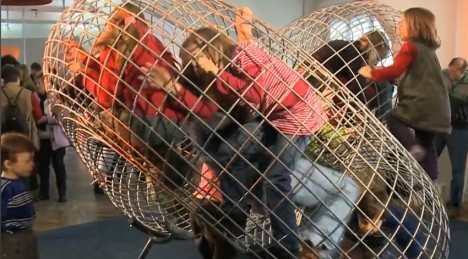 Children were invited to crawl inside a mathematical model with ‘Krabbelknoten,’ a play sculpture installed at Math Adventure Land in Dresden in 2011. The mesh tunnel represents a continuous mathematical function. “A mathematician’s knot differs from everyday knots in that the ends are joined together so that it cannot be undone. It is a closed curve… a surface with two openings but without any edges.” 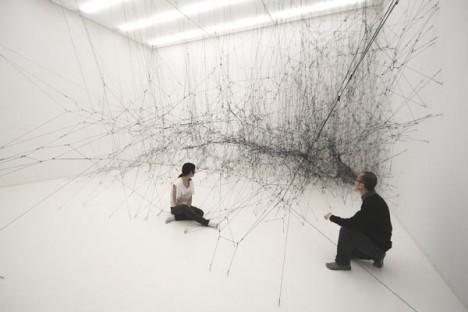 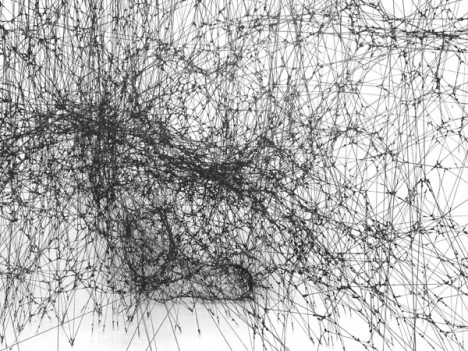 A black widow’s web is recreated to terrifying proportions in ’14 Billion ‘ by Tomas Saraceno, an extension of a previous work called “Galaxy Forming along Filaments, like Droplets along the Strands of a Spider’s Web.” The artist worked in conjunction with architects, engineers, astrophysicists and spider researchers to create the installation, which took two years to complete. 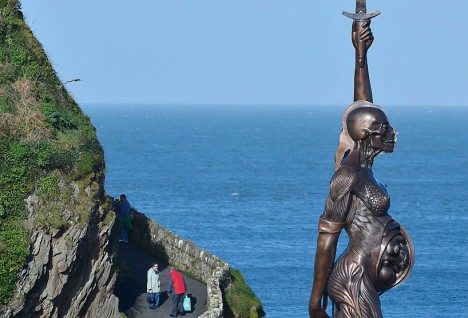 Medical science goes on full display on a very large scale with Damien Hirst’s 66-foot-tall bronze sculpture ‘Verity,’ depicting a nude pregnant woman with half of her body skinned to reveal muscle and bone. Erected in the town of Ilfracombe, UK, the work represents ‘a modern allegory of truth and justice.’ 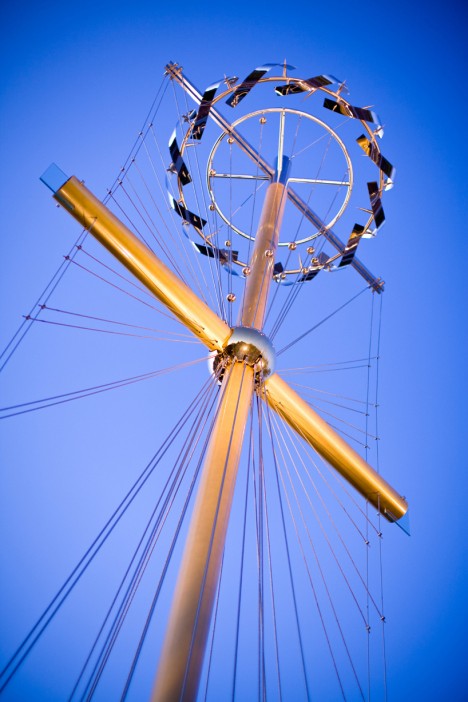 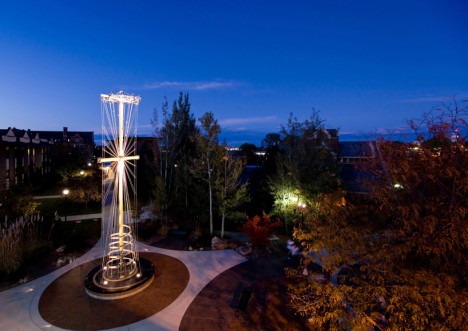 Serving as a focal point for Regis University in Denver (a Jesuit institution), ‘Tree of Wisdom’ by sculptor Alexander Tylevich represents both the DNA double helix and the tree of life. The sculpture is covered in symbols that represent Jesuit contributions to science.