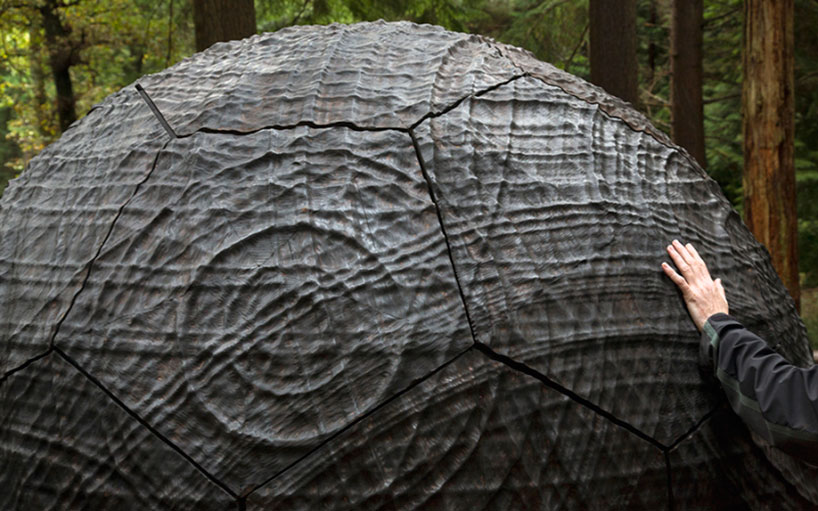 Mathematical theorems, the physics of an object moving through space, and intangible scientific data are visualized three-dimensionally and made into works of art in these 12 sculptures and installations.

Kinetic Sculptures Based on Mechanical Waves 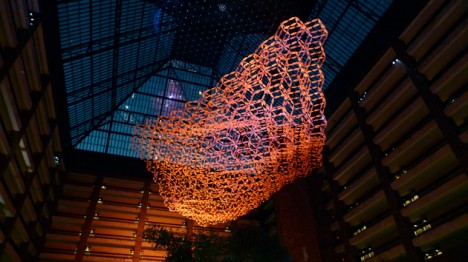 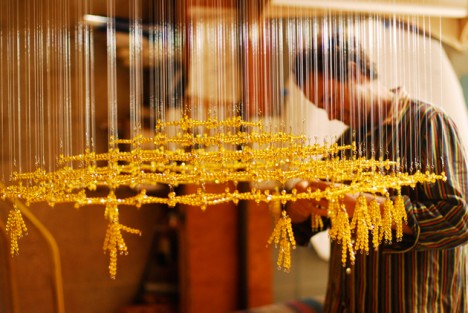 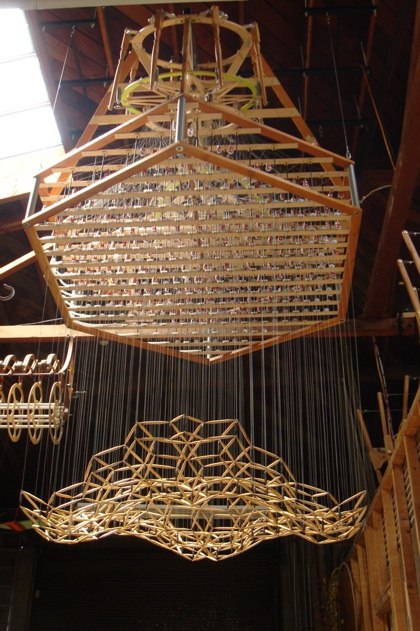 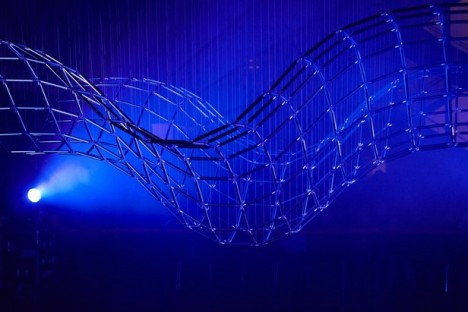 “Inspired in equal parts by math and nature,” Reuben Margolin’s kinetic sculptures use pulleys and motors to recreate the complex movements seen in nature. These mechanical installations capture the crawl of a caterpillar, the movement of waves and other physical phenomena in a way that’s entirely unexpected and beautiful to take in.

‘Cosmos’ Sphere Made of Scientific Data 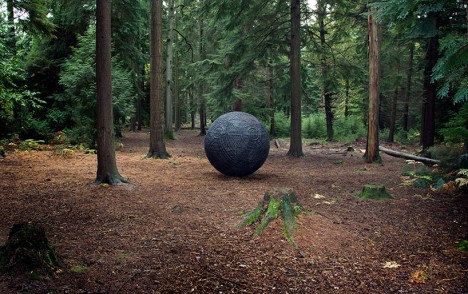 If you were to happen upon this sphere while walking in the forest, you couldn’t be blamed for wondering whether you’d discovered an alien spaceship of some sort. But the reality of ‘Cosmos’ is just as interesting: it’s scientific data in three-dimensional form, a record of a year’s worth of carbon dioxide patterns and measurements from the trees of Alice Holt forest in Surrey, England. The grooves on the exterior of the sculpture contain the data, which was collected from a nearby tower. 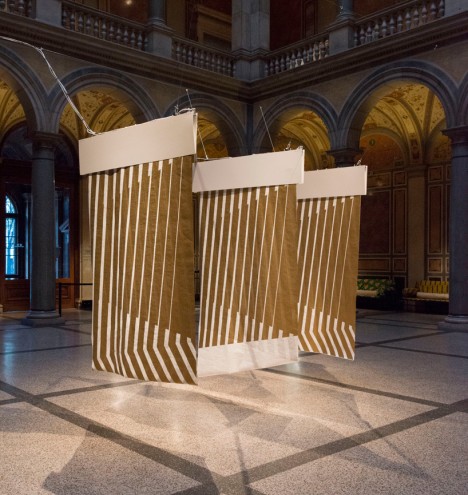 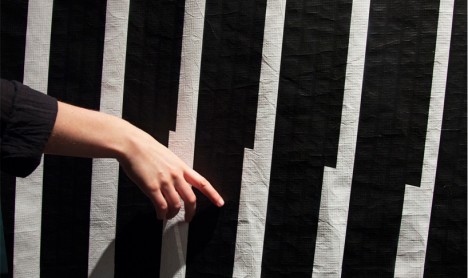 A series of capacitive sensors were applied to suspended fabric using conductive paint for ‘Contours,’ an interactive tapestry installation by creative laboratory Bare Conductive and designers Fabio Antinori and Alicja Pytlewska. As people pass nearby, the sensors gather data about their movements and translate it into ambient sounds, making reference to the relationship between science and the body.

Cell-Inspired Sculpture Made of 1200 Mirrors 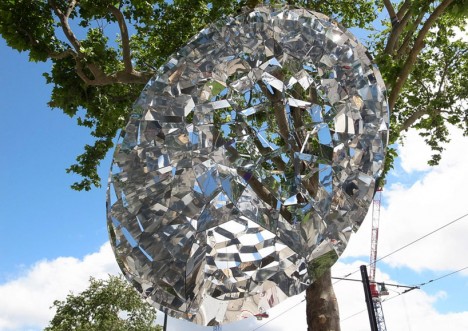 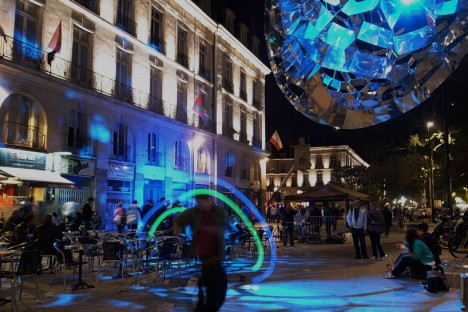 An egg-like sculpture made of 1,200 mirrors hovered in a tree in the city center of Nantes, France, visually representing the creators’ research into cells. French studio Collectif Timée based the sculpture on the Voronoi Diagram in which a mathematical formula creates cells from halfway lines around random space points. As the cells converge, a kaleidoscopic effect is produced.