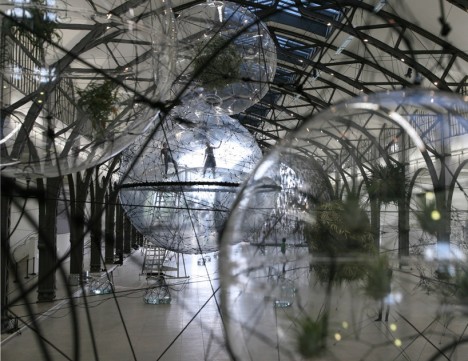 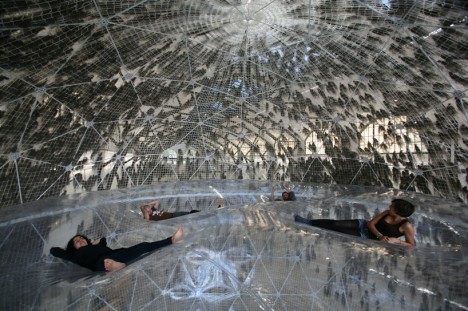 Challenging scientific realities of life on Earth – like gravity – ‘Cloud Cities’ by Tomas Saraceno is a collection of giant inflated geometric shapes exploring how humans live within our limited environment. The bubble-like structures make up a sort of biosphere between the earth and the sky, challenging the notions of space that typically keep us tethered to the ground. 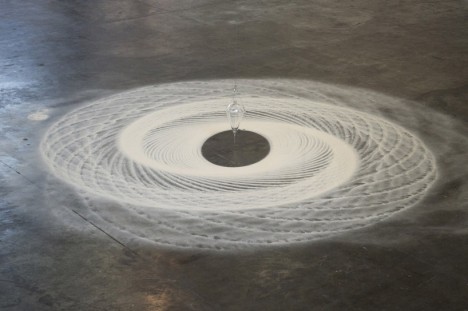 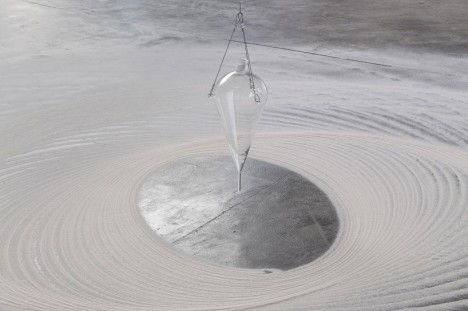 ‘Order’ is a collection of mathematical drawings and installations created by scattering sand on the center of a gallery space and installing a glass pendulum from the ceiling, allowing it to create its own patterns. Artist Felippe Moraes pulled the pendulum away from the center and released it in a way that promoted circular motions, resulting in spiral compositions that reflect physics in action. 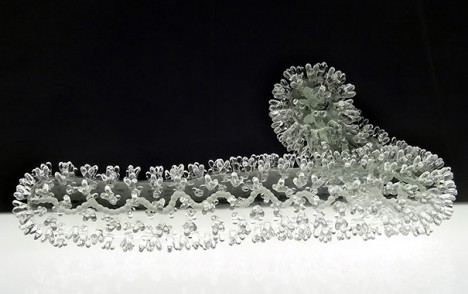 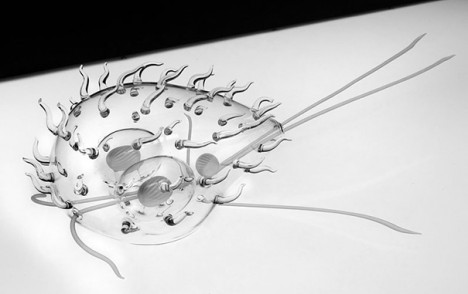 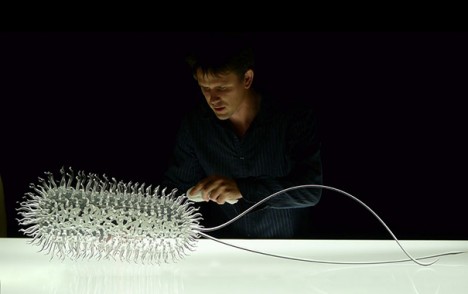 Swine flu, e.Coli, HIV and – yes – Ebola are represented in sculptural form in these translucent glass works by Luke Jerram. The collection visualizes some of the world’s most dangerous viruses and pathogens, blowing them up to roughly 1,000,000 times their actual size to reveal a surprising (yet still creepy) beauty. 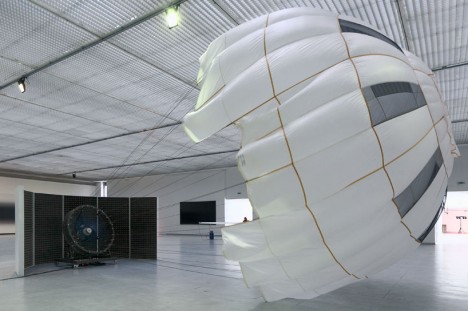 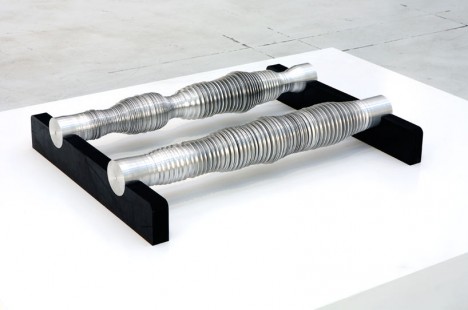 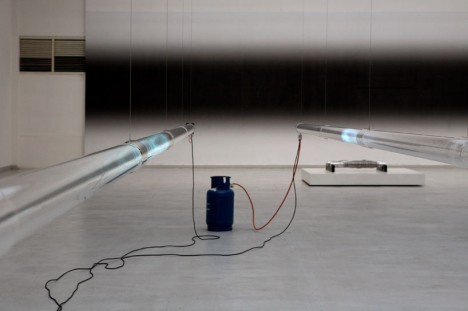 A series of works by German artist Carsten Nicolai depicts creative methods based on mathematical theories, physics and natural science. Burning gas in a transparent tube visualizes the speed of acoustic waves, while sound clips of performance artist Laurie Anderson are made into physical matter in the form of aluminum sculptures. Another work visualizes invisible heat waves floating through space.