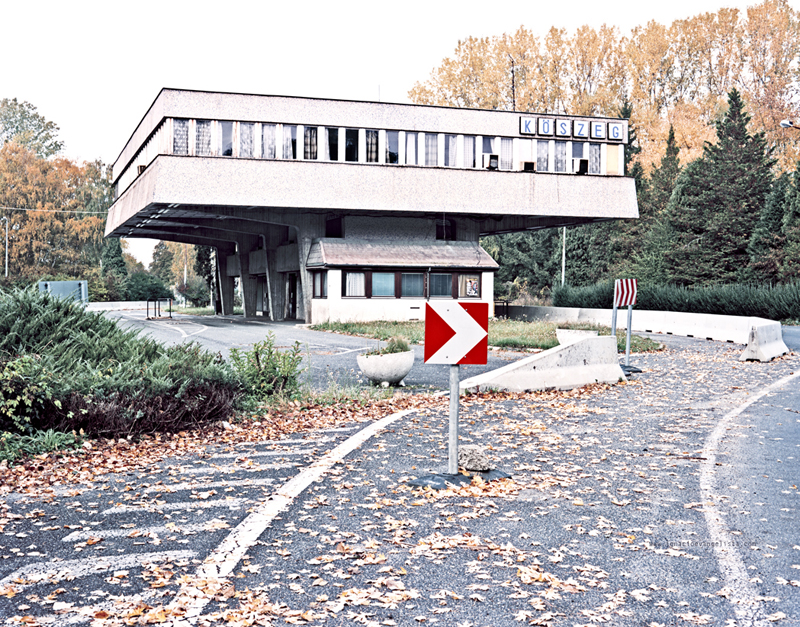 Nearly two decades ago even short trips across Europe could involve multiple stations, guards, lines and stamps, but the open-border policies in effect today have transformed many of these once-busy hubs into miniature ghost towns. 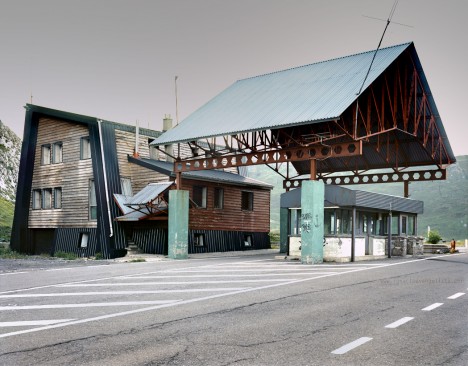 Photographer Ignacio Evangelista has been traveling European highways and documenting the leftovers of stations found at national borders along the way, often found in various states of abandonment and disrepair. 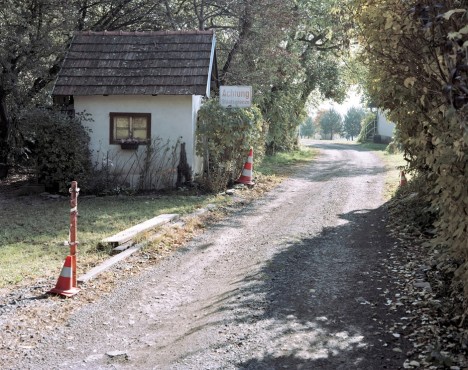 Without the choke points created by checkpoints, much of the commerce (including illicit activities like gambling and prostitution) surrounding these boundaries has dissipated. 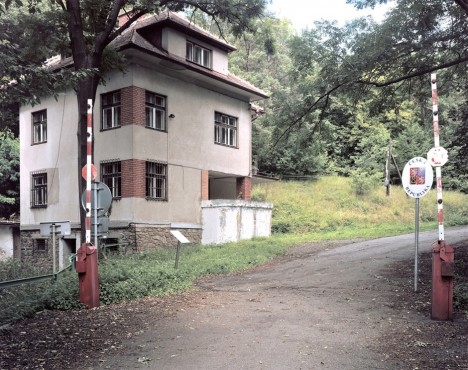 Still, instead of wiping the slates clean, most countries seem to have left the infrastructure that was there largely intact, ranging from painted road signs telling people to stop to small empty toll booths on rural roads and entire immigration-related structures alongside major freeways. 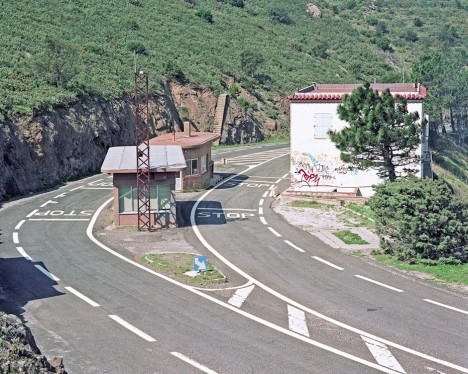 Of his work on this series, the photographer writes: “Border crossings have a function of geographical boundaries, but also an coercitive role, since they prevent the free passage of people between one and another state. So, they are places that, along with a cartographic dimension, are provided with historical, economic and political reminiscences.” 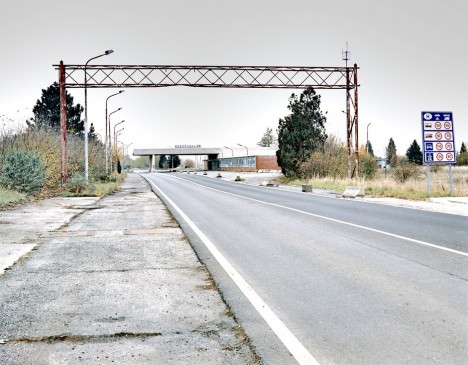 Over time, however, “these old border crossing points are slowly disappearing; some are renovated and reconverted to new uses, some are destroyed for vandals, and some other just fall down due to the passing of time. So, after some few years there will be no possibility to look at this strong signs and symbols of the recent European history.” 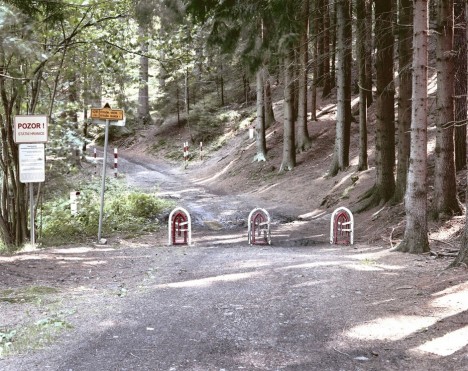 “When I am at the border point, I am confronted with all kinds of signs and barriers which at some point have regulated movements, itineraries, and behaviors,” Evangelista told CityLab. “Now they appear absurd and out of context.” 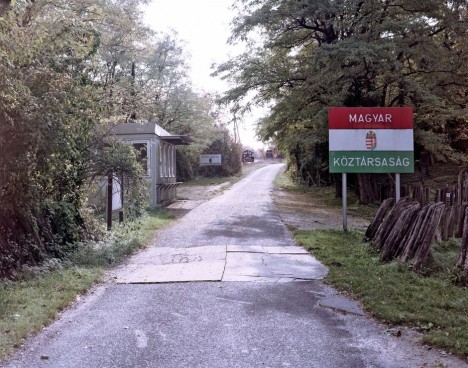 CityLab puts the transition and photo series in cultural and political context: “Despite the irrationality sometimes associated with national borders, the Schengen Treaty is as much an anomaly as it is an achievement. Many nations within the Schengen Area—Austria, Hungary, Poland, Czech Republic, Spain, France, and others—once represented a web of ambitious empires. The sudden abandonment of border crossings displayed in Evangelista’s work, therefore, offers a reminder that Europe is in fact enjoying an historic era of peace.”