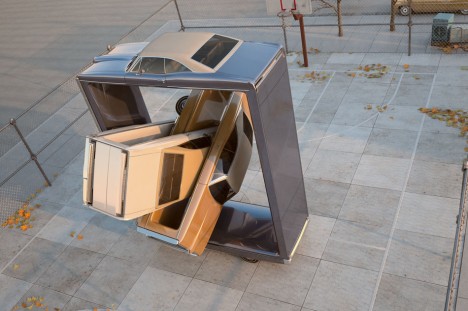 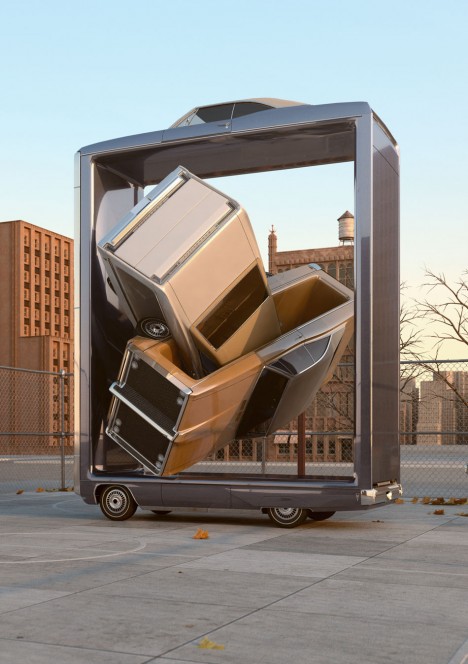 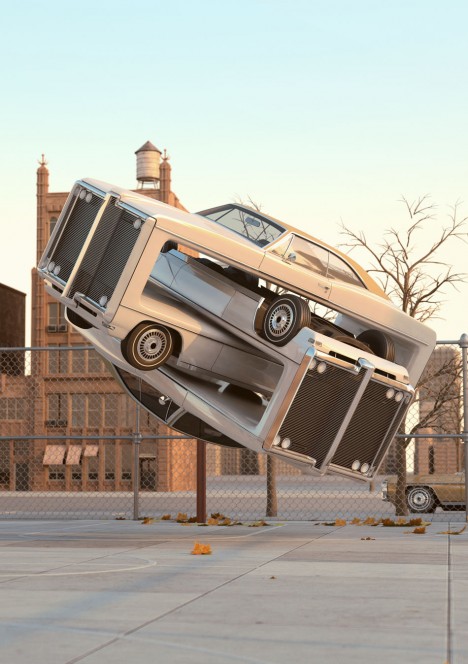 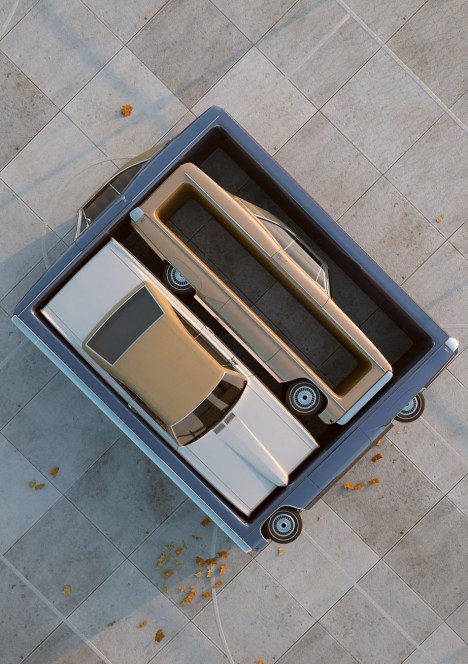 While undoubtedly one of GM’s better late 1960s designs, the 1968 full-size Pontiac surely never looked THIS good… well, perhaps it did under the influence of some late 1960s blotter acid. As the featured car in LaBrooy’s “Auto Aerobics” series, a leviathan-like senior Poncho (seen in situ as an unmodified background object) parked on a Brooklyn side street undergoes a series of improbable manipulations that take it from Wide Track to Far Out, Man. 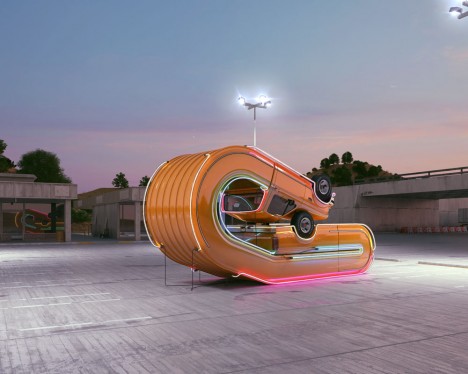 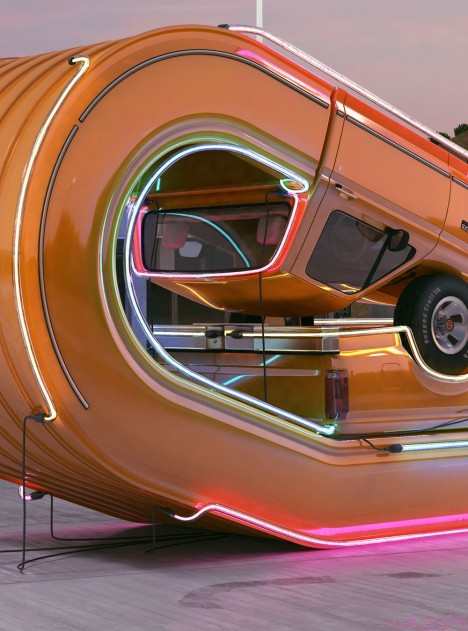 The digital graphics medium arms the artist with a vast array of powers with which to alter the subject’s visual properties. In the case of the late twentieth century Ford pickup above, LaBrooy has bequeathed upon it a set of neon tube lights that replace the truck’s bed rails and then go much, much further. Note the subtle reflection of the vehicle in one of the background building’s windows – some virtual realities are more real than others. 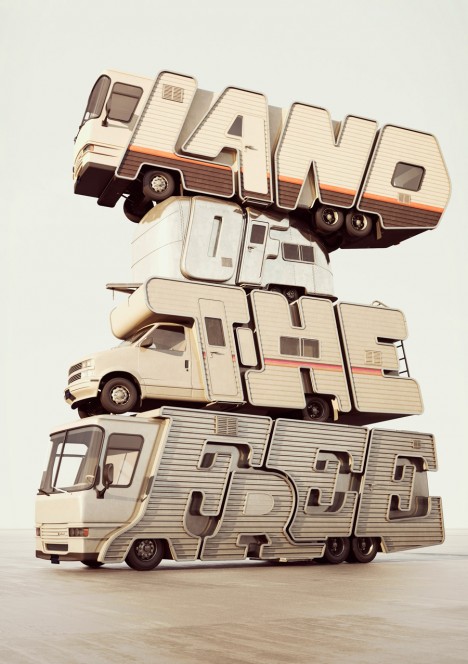 RV there yet? If you guessed the above image is a prime example of 3D Typography, you win… a bago! Call it Recreational Vehicles Meet Recreational Drugs if you like, but LaBrooy (who’s titled this “The Land Of The Free“) once again demonstrates his keen sense of accuracy in depicting these “mundane” vehicles down to their hubcaps and original color schemes before he takes us yet another wild ride. (all images © copyright 2014 Christopher LaBrooy)