Chris LaBrooy loves vintage vehicles, but with a twist: the digital artist’s far-out 3D illustrations are an automotive acid trip into the 4th dimension. 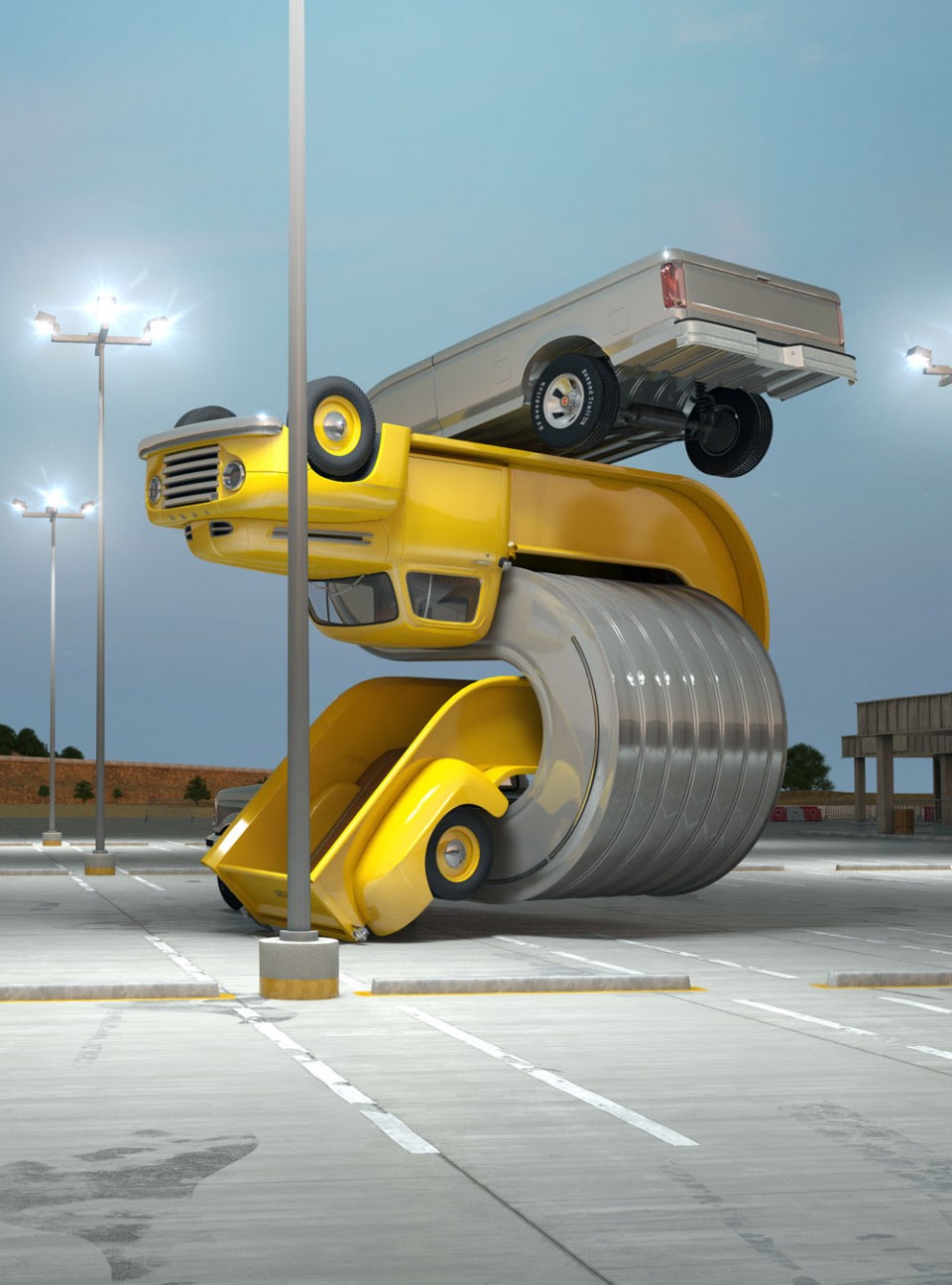 Born in Aberdeen, Scotland, Chris LaBrooy graduated from the Royal College of Art in London and embarked on a prolific career in the graphic arts medium. His expansive and growing body of work has brought him international recognition; chiefly for his automotive-themed folios titled “Tales Of Auto Elasticity” and “Auto Aerobics”. 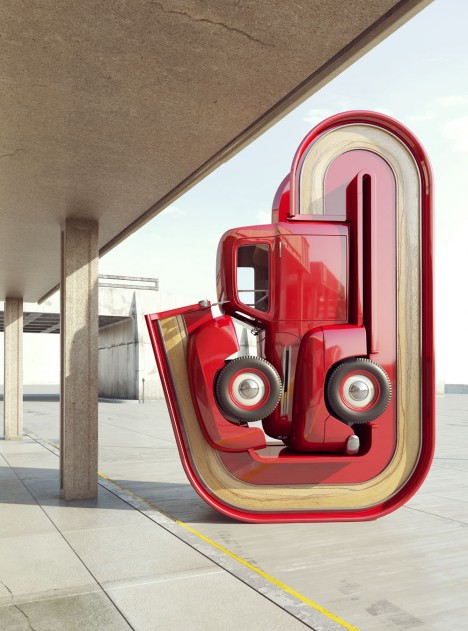 LaBrooy pays homage to the singular style expressed by vintage vehicles such as the red Ford F1 “Woody” pickup above. While the comparatively primitive paint technology employed by automakers over a half century ago had its drawbacks, LaBrooy’s digital graphic illustrations bring out the best in these vehicles’ rich, deep, non-metallic hues. 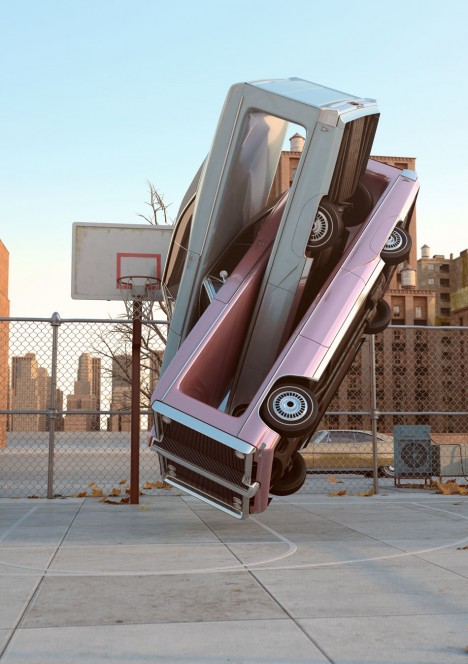 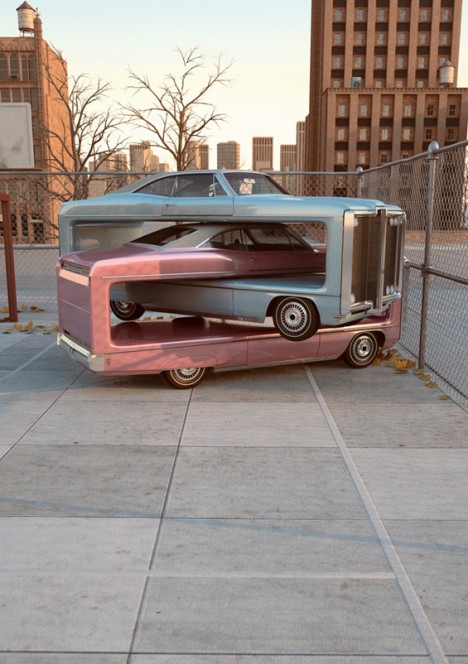 One wonders whether LaBrooy was influenced by Mike Ross’s Big Rig Jig, an interactive construction made from two actual 18-wheelers displayed at the 2007 Burning Man festival – check out this video. Not that it matters; while Big Rig Jig explored one facet of modern society’s fascination with the automobile, works such as LaBrooy’s Auto Aerobics series shake, rattle & roll our perceptions in a way only made possible through creative 3D modeling and state-of-the-art digital graphics techniques.