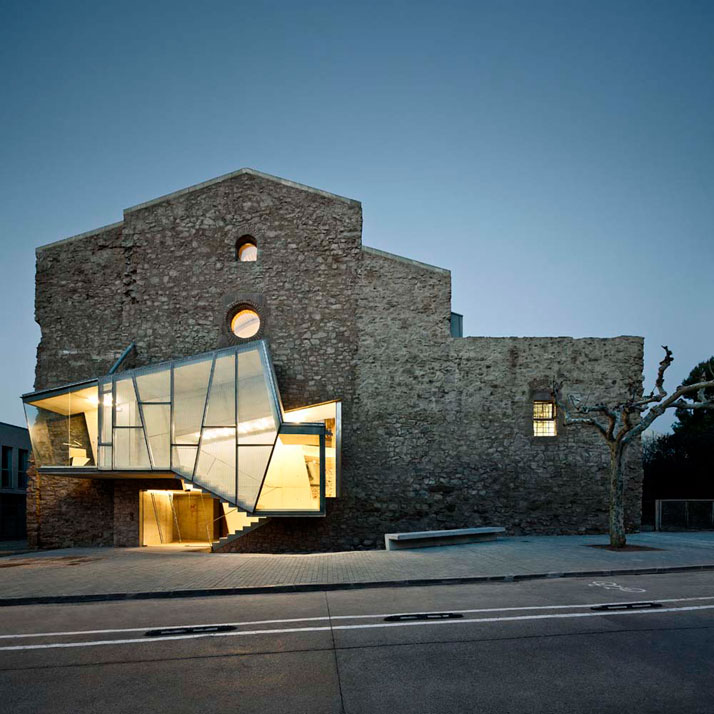 A faceted glass structure clings to the ruins of a stone church in Santpedor, Spain, filling in a gaping hole that was created with the demolition of an adjacent convent. Built modestly by priests between 1721 and 1729, the hermitage of Sant Francesc started to crumble long ago, and by 2000 the roof had sunk and the vaults of the nave and chapels had partially collapsed, leaving it looking as if it the rest of it would come down at any time. 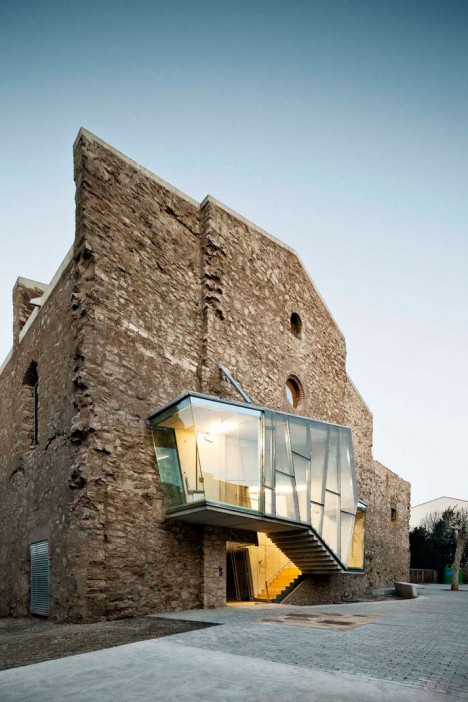 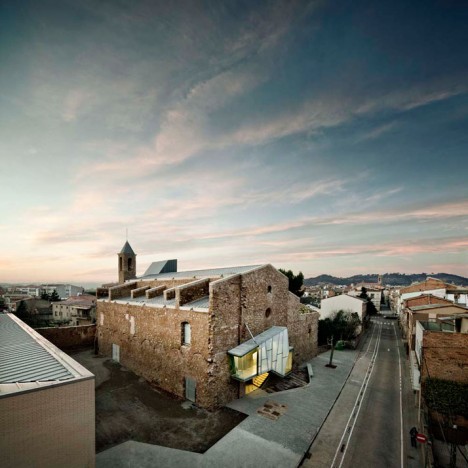 But anyone brave enough to step through the doors would have found an interior that was still stunning in its cavernous arched spaciousness, daylight streaming in through massive holes in the ceiling. That hint of promise, along with its historical value, is what led to the intervention by architect David Closes (photographs by Jordi Surroca.) 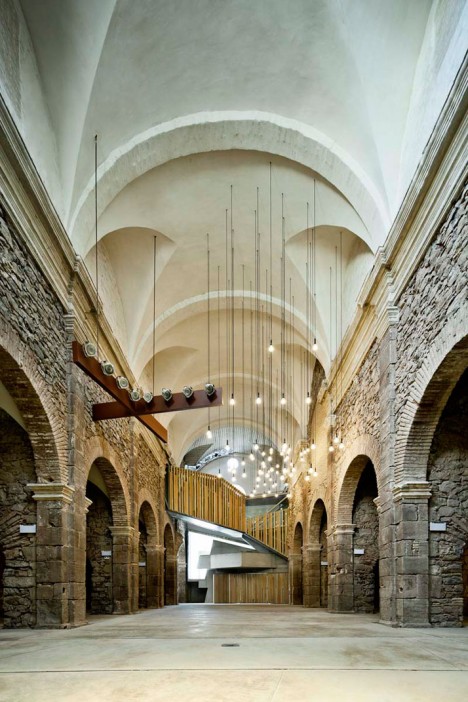 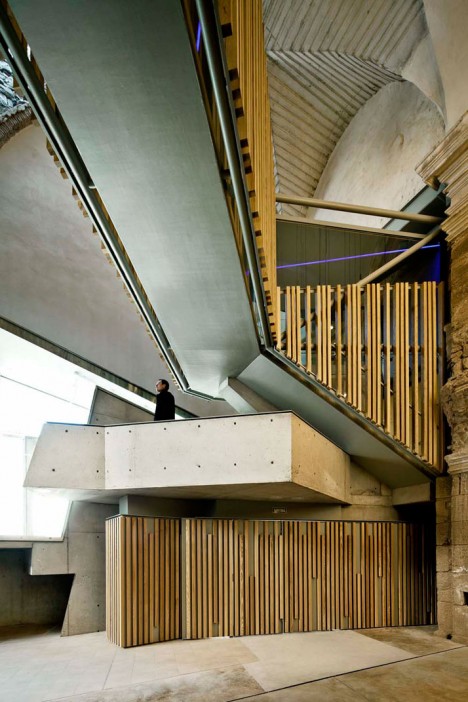 Closes transformed the church with a stunning modern addition and interior renovation that integrates the character of the ruins into the new elements, creating contrast and preserving a perspective of the church’s past. Sant Francesc is now home to a multi-functional cultural center and auditorium. 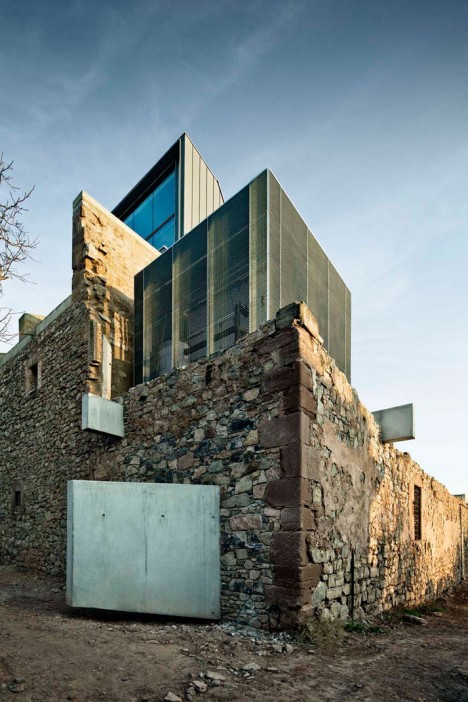 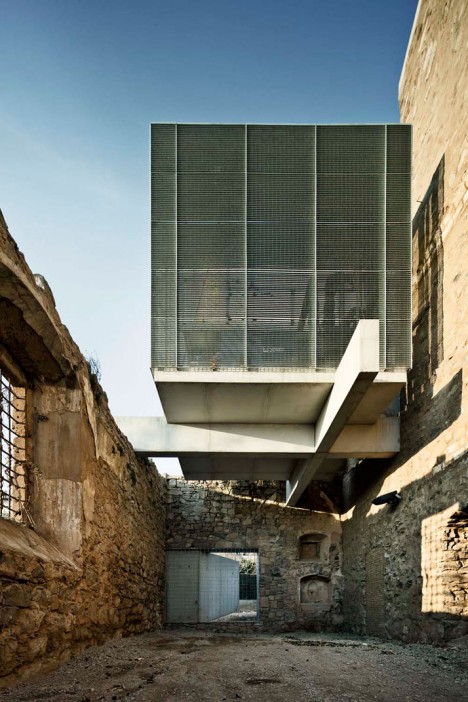 Smooth concrete and timber enhance the aged qualities of the stone in the new interiors, with partially-collapsed areas and holes simply filled in with windows to show off rather than correct the damage that was done to the structure over the centuries.