Looking as much like a mad science laboratory as a conservator’s dream workshop, this pigment library is populated with color samples from around the world, all helping preservationists maintain and restore historical works of art and design. 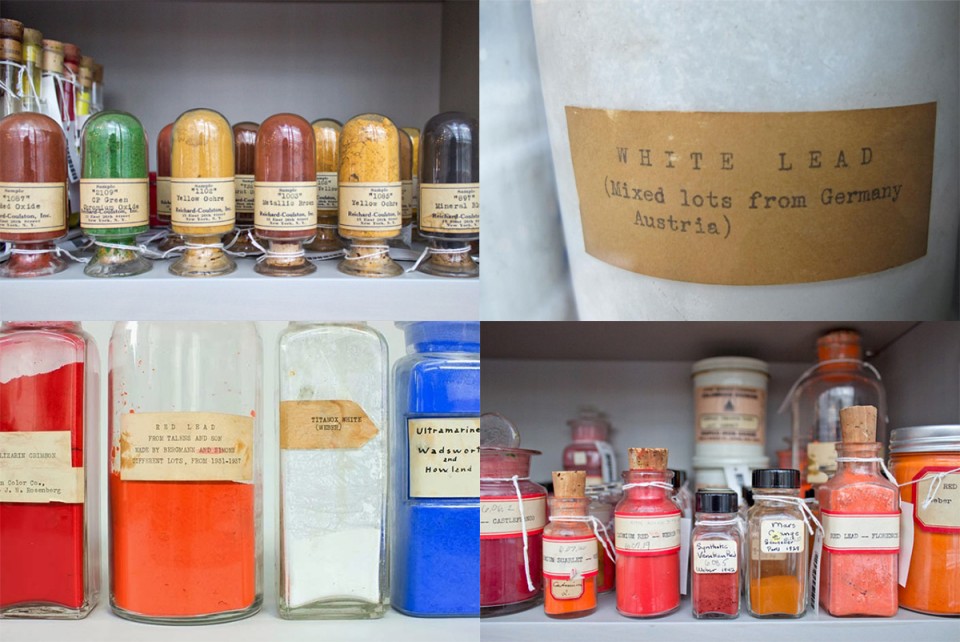 The Straus Center for Conservation and Technical Studies at the Harvard Art Museums puts is jars, bottles and glasses on display for the public to see in glass cabinetry, but also uses them like a witch doctor would employ esoteric medicines. An analogy could also be drawn to seed vaults, which likewise store and preserve precious and sensitive materials for future use. 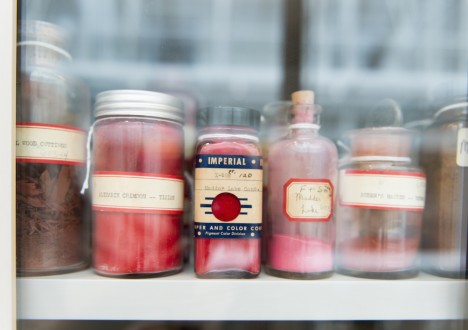 From Colossal, “The Forbes pigment collection was started by its namesake—Straus Center founder and former Fogg Art Museum Director Edward Forbes who began the collection at the turn of the 20th century. Forbes would collect his samples from his travels all over the world, bringing back pigments from excavated sites at Pompeii to rare lapis lazuli found in Afghanistan.” 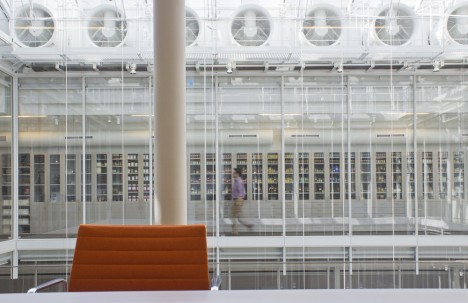 Forbes became interested in preservation when a 14th-Century piece he purchased began to visibly fade, sparking him to learn more about the materials and processes around paintings and their preservation. 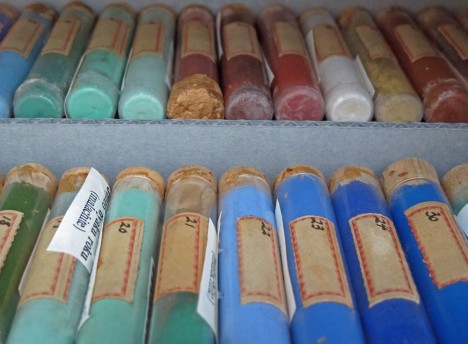 The origins of the various colors are often stories in themselves, from modern synthetics to obscure organics, like an ‘Indian Yellow’ made from the urine of cows fed only mango leaves. (Images via Peter Vanderwarker, Zak Jensen and Andrea Shea/WBUR)