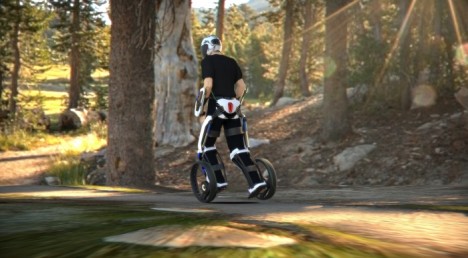 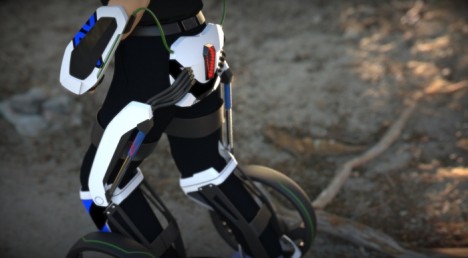 Wearable vehicles enhance the human body and the movements it’s capable of performing, enabling us to jump, run, throw or glide like we never could on our own. This one, the XOR Wearable Personal Mobility Vehicle by Bimal Rajappan, features two wheels that you guide with arm-mounted controls. Not only could it potentially give people with mobility difficulties a broader range of possible movements, it also looks just plain fun. 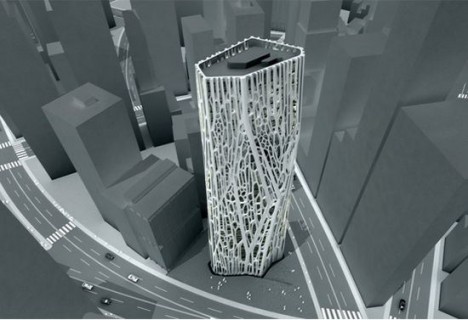 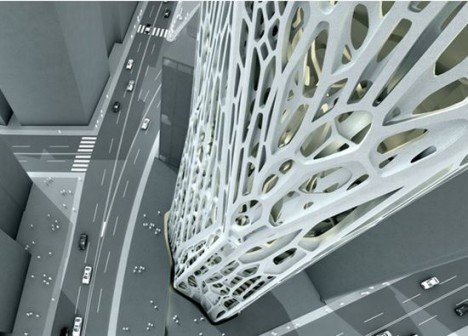 The shell structure of ‘Fibrous Tower’ by Rob Stewart Smith, Juan de Marco and Timo Carl takes its inspiration from cell division, creating a strong and visually dynamic ‘skin’ for a skyscraper that can be made using conventional framework techniques. It isn’t just decorative – it changes the way the structure distributes weight. “Relying on collectively organized intensities rather than on a hierarchy of discrete elements, the tower operates as a non-linear structure, where load is distributed by a network of paths that don’t require columns for external support.” 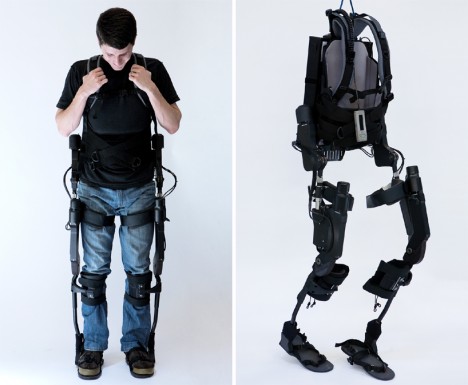 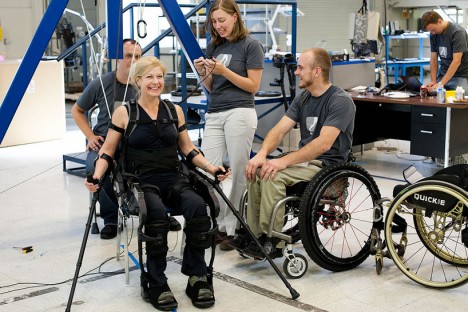 eLEGS is a wearable bionic device that helps paraplegics walk using a gesture-based, human-machine interface. The AI-equipped suit fits on like a backpack, with the wearer’s feet strapping into ‘shoes,’ and enables them to stand from a sitting position, walk in a straight line, stand for extended periods and sit for extended periods. It weighs 45 pounds and has a small enough profile to fit through standard doors easily. 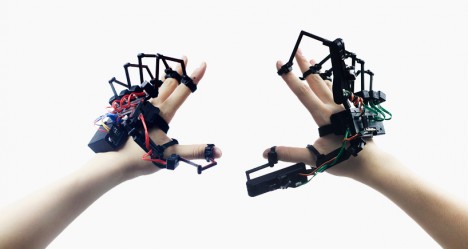 These strange little plastic hand exoskeletons enable the wearer to connect the digital and real worlds, controlling an avatar and feeling physical stimuli as the avatar moves through virtual reality space. For example, if the avatar hits an object, a signal is sent back to the Dexmo exoskeleton’s actuators that brake and lock the gadget’s joints.