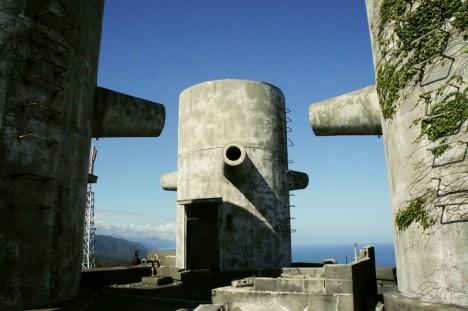 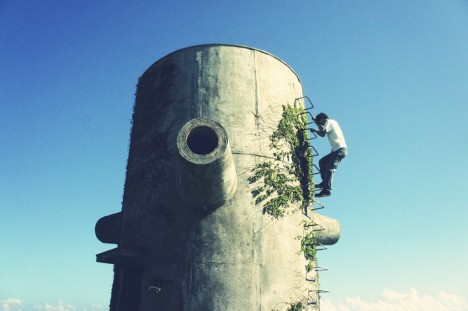 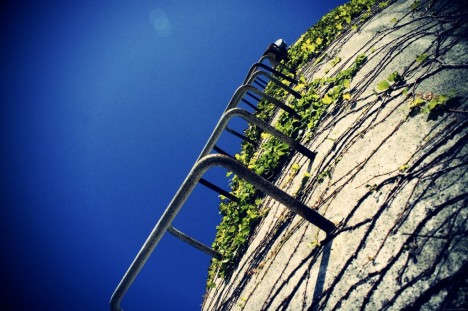 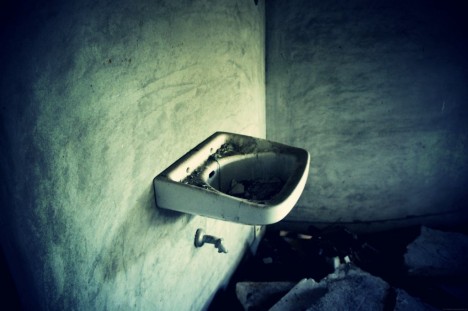 What the internet taketh away, however, the internet also giveth. True, this abandoned structure has been victimized by its popularity but more reverent urbex types who have visited the former New Muroto Sky Rest have posted their photographs online, allowing others to share vicariously in their explorations. Take Flickr user Shin Fujiwara (gourmetfuji) for instance, some of whose eerie yet awe-inspiring photos from his September of 2011 visit appear above and below. 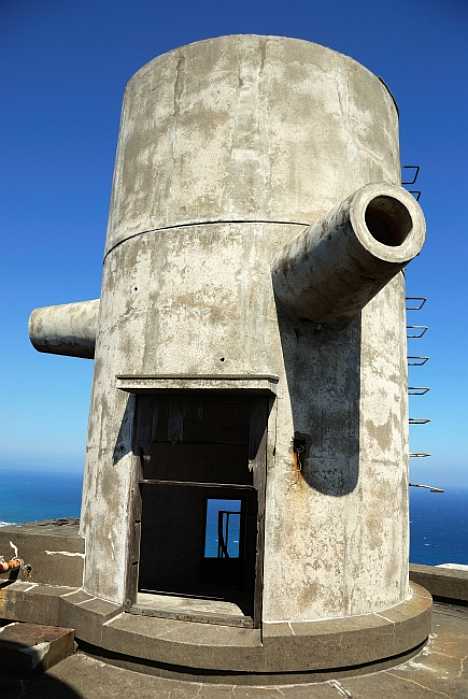 What’s left of the New Muroto Sky Rest can be appreciated on its own merits, of which there are still many. Chief among these is the architecture itself – a futuristic fantasy molded from reinforced concrete. Strange tapered horns stab out from stubby towers like the blinded stalked eyes of enormous fossilized snails. What was their purpose besides housing spiral stairways? Perhaps there was none; Japanese architecture of the Bubble Era (roughly 1970-90) was known more for its oft-whimsical form than for its function. 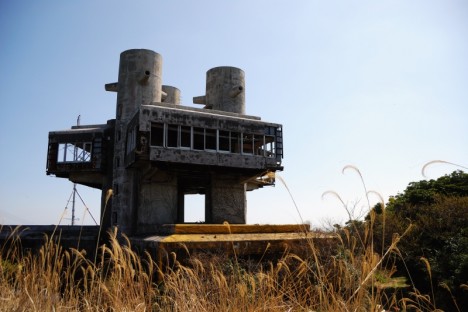 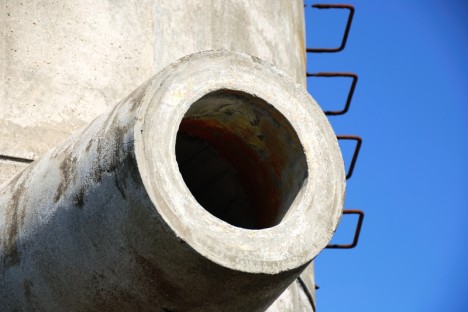 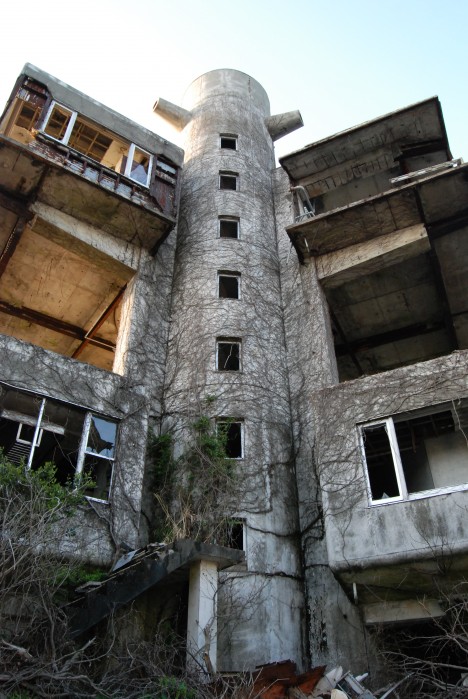 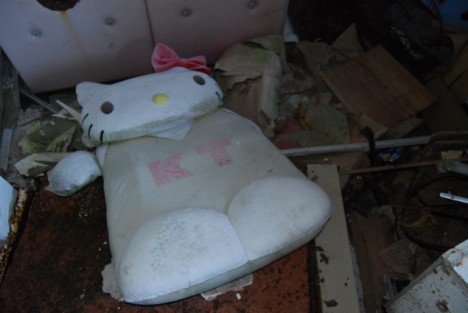 Cape Muroto remains relatively isolated even after three great bridges comprising the Honshu-Shikoku Bridge Project opened in 1988, 1998 and 1999. Thus it’s likely there will be no “New New Muroto Sky Rest” resort built at the current edifice’s site and the odd post-apocalyptic structure will continue to gradually decay under the forces of wind, weather and uncaring human visitors. Save those haikyo maps, though… when the zombie apocalypse finally does come and other anti-zombie fortresses like the abandoned Shime Winding Tower are full up with survivors, at least you’ve got an option.