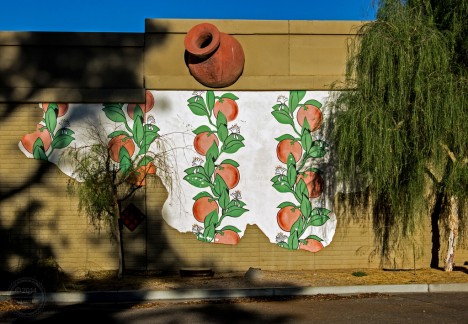 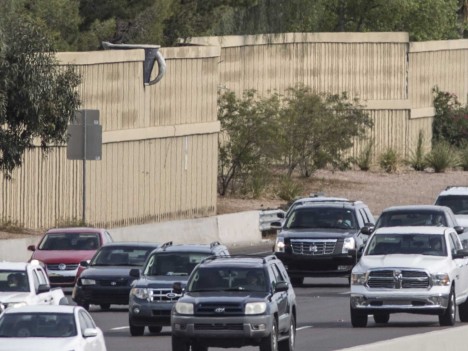 In 1992, the sound barriers along Phoenix, AZ’s Piestawa Parkway (formerly known as Squaw Peak Parkway) underwent a $474,000 cosmetic “improvement” courtesy of Massachusetts-based artists Mags Harries and Lajos Heder. The pair installed 35 jumbo-sized, colorfully painted, concrete and steel pots, bowls and cups into the upper edge of the highway’s acoustic barrier wall… and not everyone was appreciative. 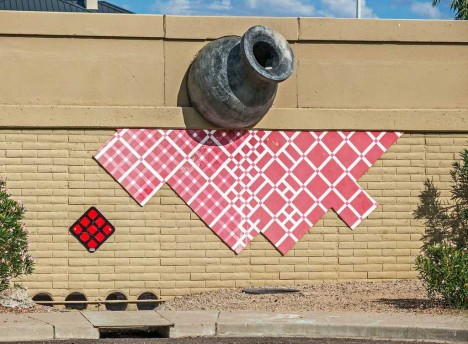 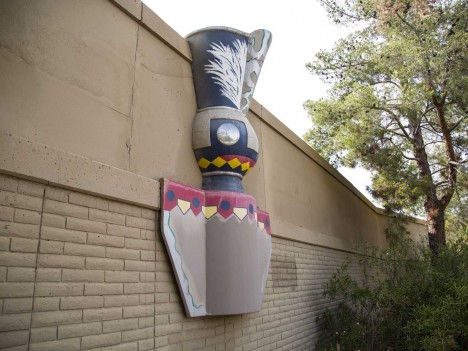 “Someone even added a golden toilet and a garbage can to the top of the walls,” according to Joe Orman, “making clear their opinion of the project!” When the wall was renovated in 2002, many of the pots were relocated or made less prominent. Flickr user gre99qd captured a couple of them in September of 2014. 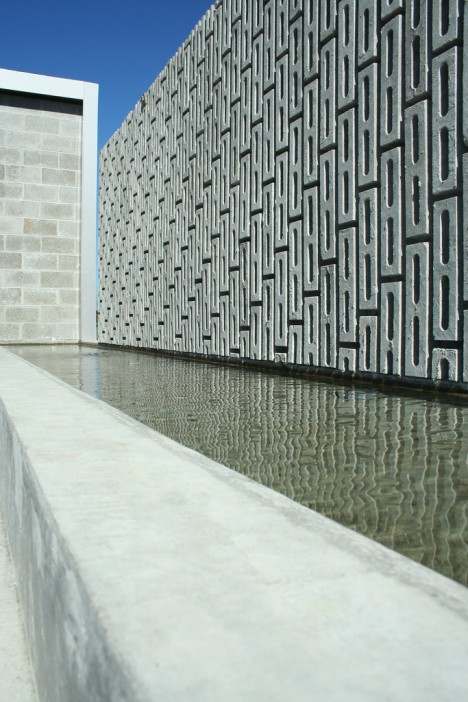 Visitors to the Southpoint Cactus Club in Surrey, British Columbia would never guess BC’s busy Sea to Sky Highway (officially Highway 99) and its accompanying high-speed road traffic lurks just over this pleasingly textured wall… unless they climb it. Obviously concealment is the intention and as Flickr user openmatt shows us, the designers have succeeded beautifully. 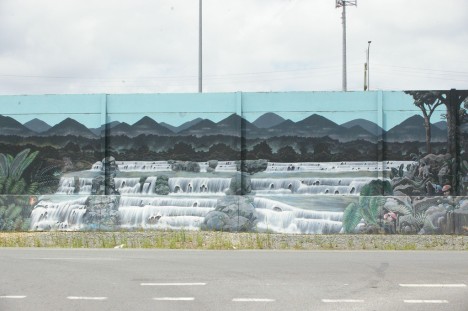 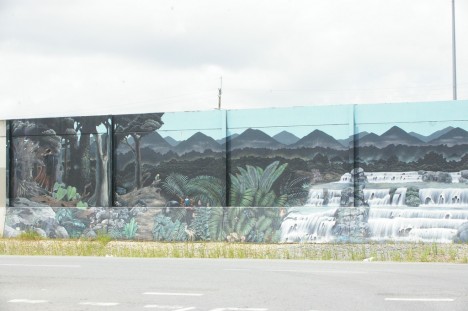 As drivers on Drews Road in Loganholme (a suburb of Brisbane, Australia) approach a T-intersection, they’re presented with the above magnificent – though mythical – display of a waterfall-filled paradise. No matter the mural merely masks a monotonous motorway, that’s what it’s there for. Nice that the Aussies seem to put a premium on arting-up, as it were, so much of their otherwise purely functional infrastructure. Full props to Flickr user Andrew Swansson for capturing the above tableau in early January of 2011.