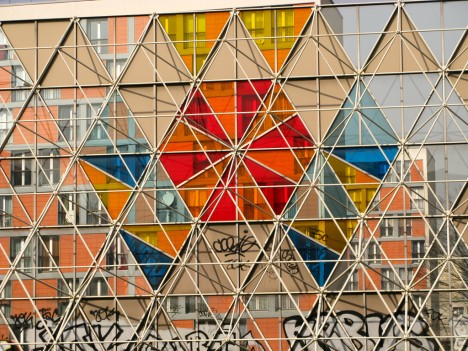 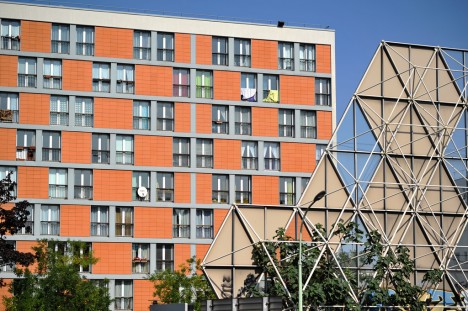 The Paris Métro does not run exclusively underground and when trams traverse surface routes, noise abatement is an essential infrastructure component. A prime example of such is the acoustic barrier near the Porte d’Ivry station. In this case, the barrier does double-duty masking noise from both the tram station and a nearby highway. 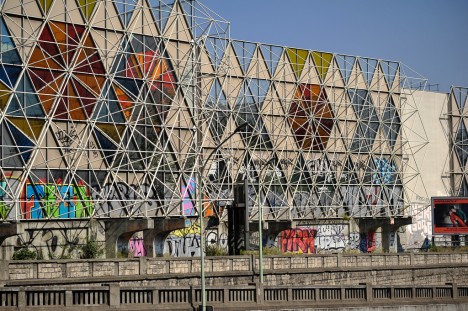 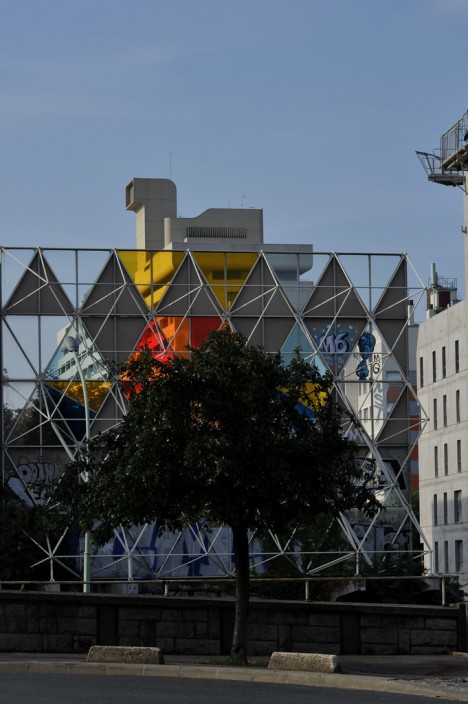 Constructed in the early 2000’s, the barrier is made up of translucent and opaque panels fastened to a hexagonal grid framework. One advantage of this format is that the inevitable graffiti such large-scale and accessible public works attract is visually diffused by complexity. 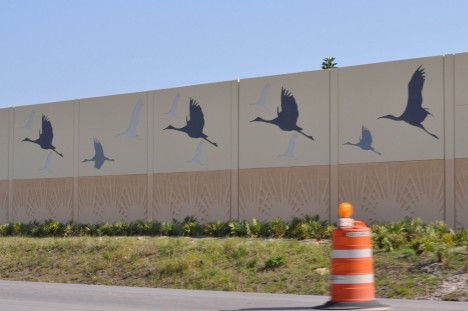 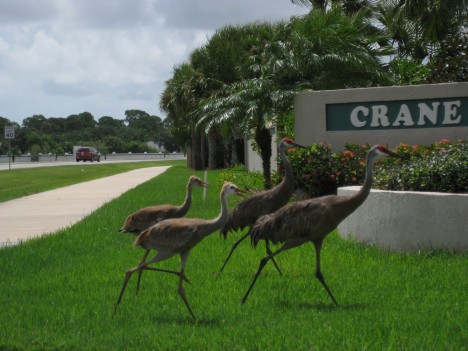 Not all highway acoustic barriers have to be complex to perform their primary function while looking good. Simple and uncomplicated construction is often less expensive and it couldn’t have cost much to stencil a flock of Sandhill Cranes on the side of Florida’s I-75 sound barrier. Ironically, it doesn’t appear to be much of a crane barrier. Kudos to Flickr user FormerWMDriver for snapping both of the above images. 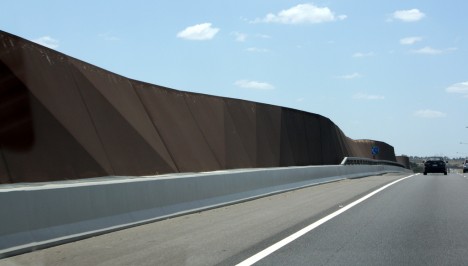 A 2-kilometer stretch of the Hume Freeway’s Craigieburn Bypass near Melbourne, Australia is bordered by a humongous undulating curtain of faceted austenitic steel sheeting. Mad Max would doubtless approve. 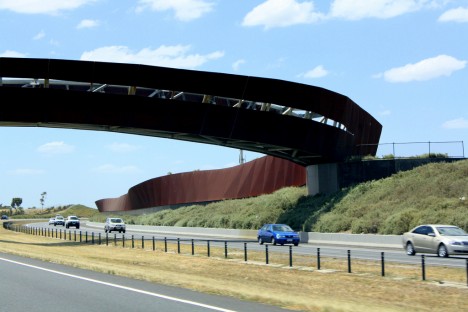 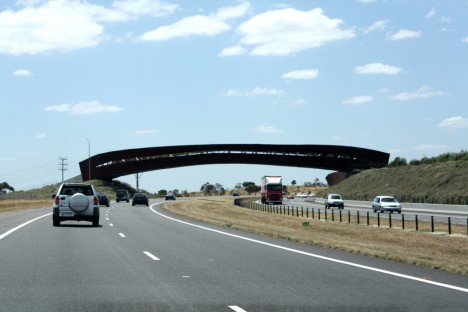 Designed by Tonkin Zulaikha Greer and intended to be best “experienced” at highway speeds averaging 110 km/h (about 65 mph), the acoustic barrier ends at a separate pedestrian bridge which, from a driver’s POV, “appears to leap over the road in a gesture of welcome or farewell.”