Art made of salvaged circuit boards and other computer parts put what is normally hidden on full display in a sort of autopsy of our consumerist society, highlighting how quickly the things we create become obsolete. Is our obsession with technology a sign of our achievements as a species, or a festering problem threatening to overtake the natural world? These artists are all working with unwanted components, but have different takes on the issue of electronic waste. 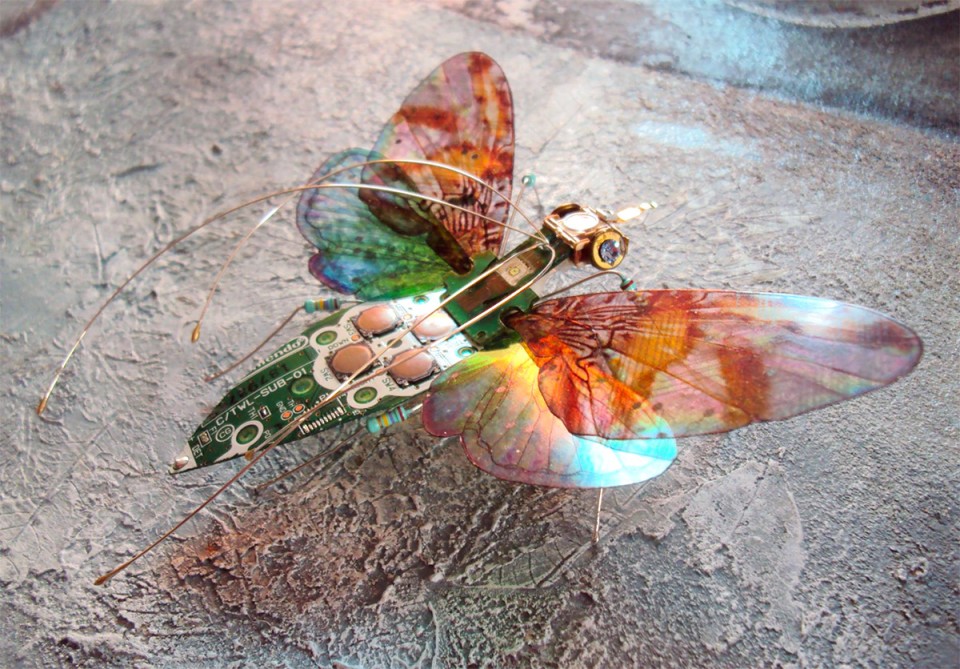 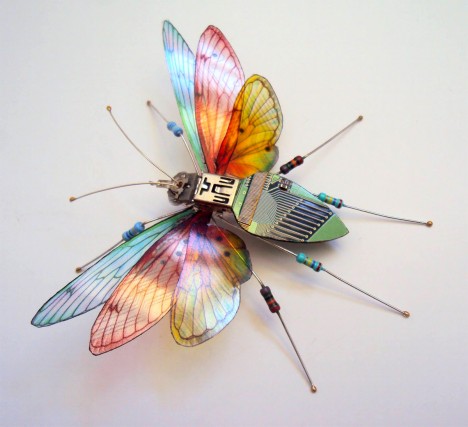 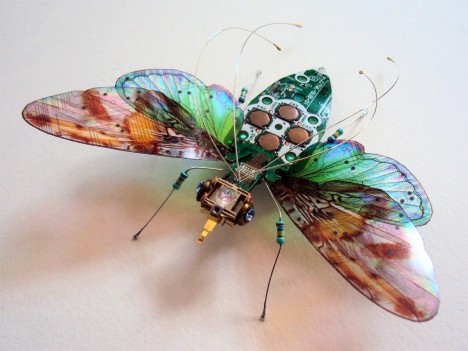 Pesky metaphorical computer bugs are made literal when artist Julie Alice Chappell transforms reclaimed circuit boards from electronics into little winged insects. The project started when Chappell discovered a box of tiny electronic components at a ‘craft bank’ in Portsmouth, England, instantly seeing the bodies and legs of bugs. Chappell hopes her work will raise awareness about the problem of electronic waste. 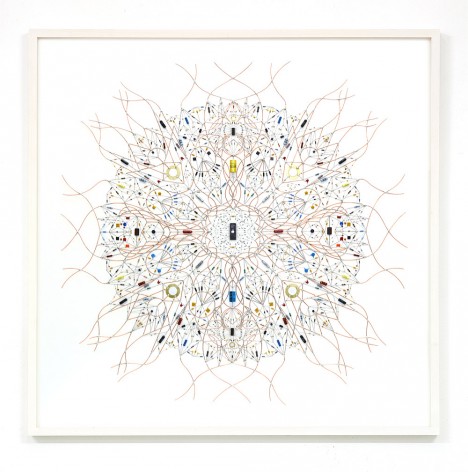 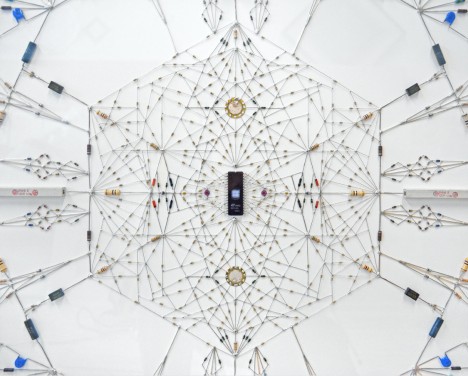 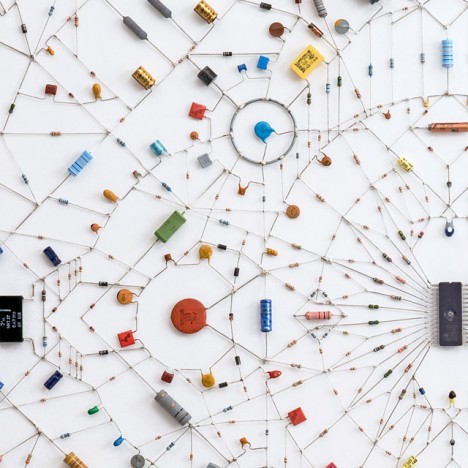 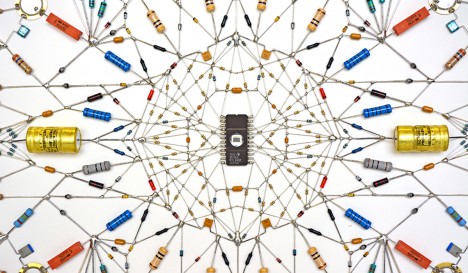 Circuitry and microchips come together into intricately arranged, perfectly symmetrical mandalas in the work of London-based artist Leonardo Ulian. “With the Technological Mandala series I combined the suggestive and spiritual meaning of the Indian Mandalas with something that has been perceived as far from that sphere of influence, technology,” says Ulian. “The search of perfection as necessity within the electronics industry has stimulated my curiosity to produce this series of pieces in order toe locate that specific need. I wanted to show what has been hidden from the eyes of the consumer, representing electronic circuits as extraordinary objects where the perfection of the design can become almost something ethereal.”

Ornate Rug Made from Computer Parts by Federico Uribe 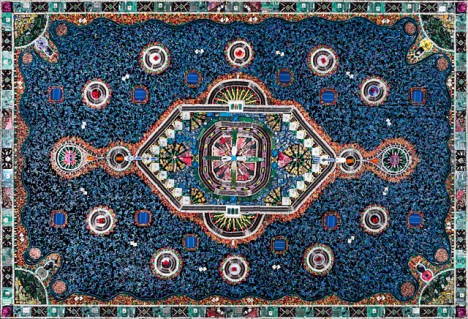 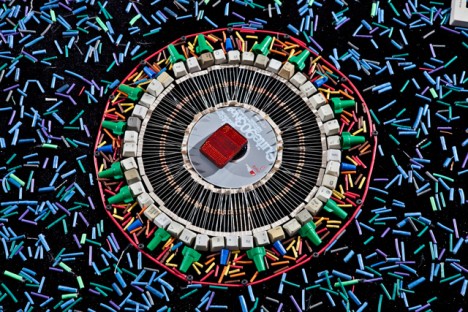 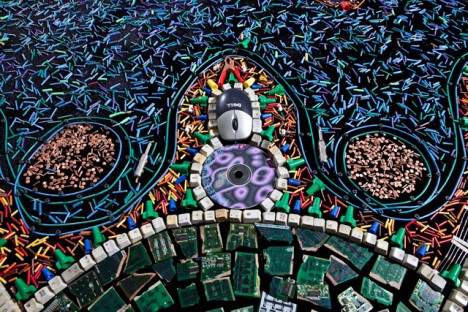 You won’t be getting too comfortable on this particular rug by Federico Uribe, which consists of thousands of tiny, sharp electronic components. The mixed-media piece, which mimics the patterns on traditional Persian carpets, measures 22 by 12 feet. Uribe specializes in making art from unwanted ‘waste’ objects as well as everyday items found in the home.