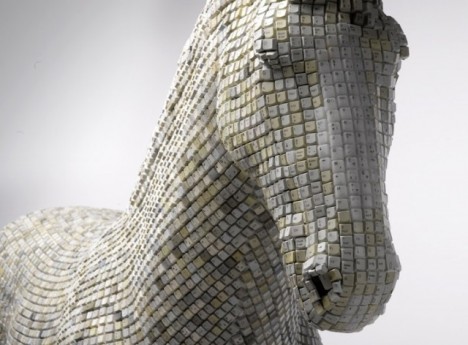 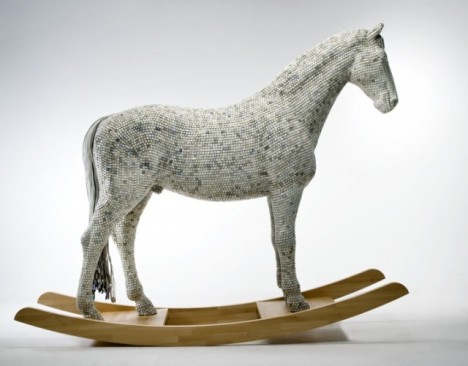 What’s inside this ‘trojan horse’ made of computer keys and resin, literally or in terms of its message? Artist Babis doesn’t specify, but you can come to your own conclusions based on the imagery alone and the name of the piece, ‘hedonism(y) trojaner.’ 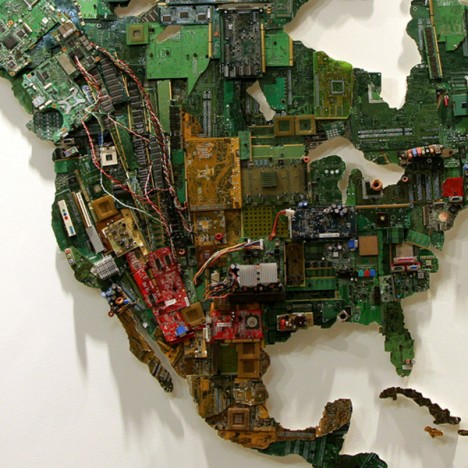 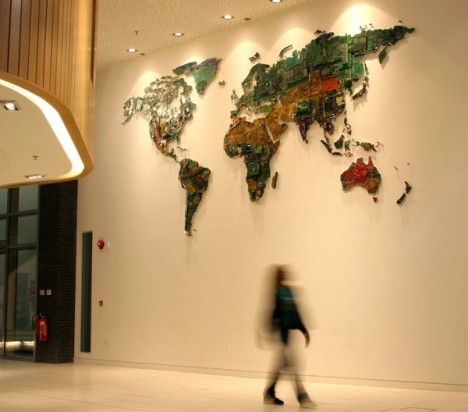 It took over a year for UK-based artist Susan Stockwell to assemble computer components – including motherboards, fans and wiring – into a massive world map. The materials for the piece were supplied by a recycling company and arranged by color to suggest farmland, deserts and urban centers.

Circuit Board Sculptures by Steven Rodrig 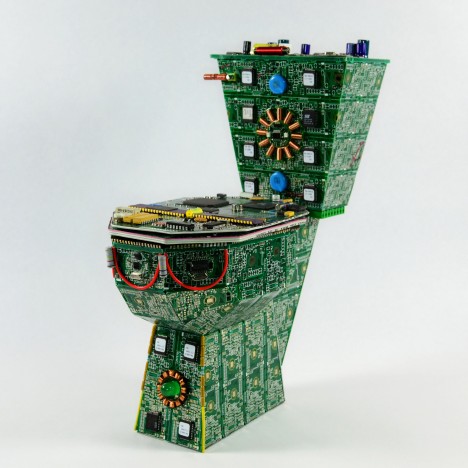 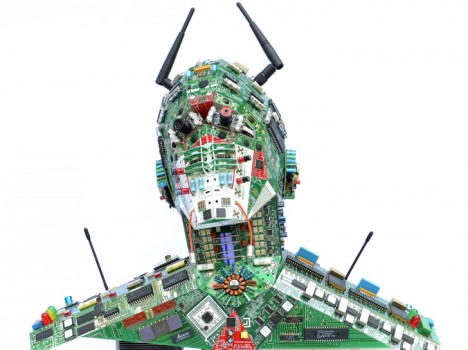 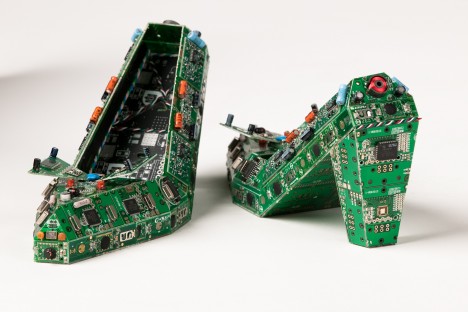 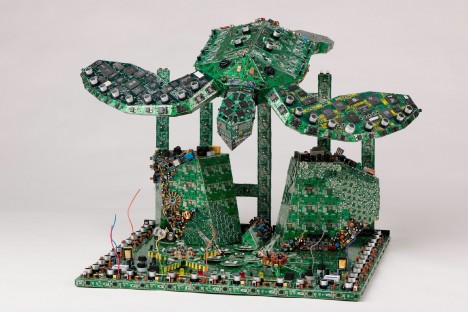 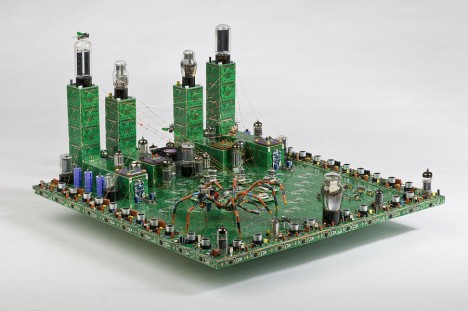 Exposed to PCBs as part of his job as director of operations at a Chinese manufacturer, artist Steven Rodrig came across a “particularly beautiful” circuit board in 2009, inspiring him to turn it into something. “Its design was almost organic. At that moment I knew this PCB should be part of an organic art form and not just hidden in a machine.” Since then, Rodrig has created dozens of sculptures using circuits and other electronic parts, including a full-scale toilet.