Presumed a prank at first by online skeptics, authorities have since confirmed that these precisely-stacked cinder blocks were indeed carefully assembled and bonded together to fully block the door of an S-Bahn train in Hamburg. 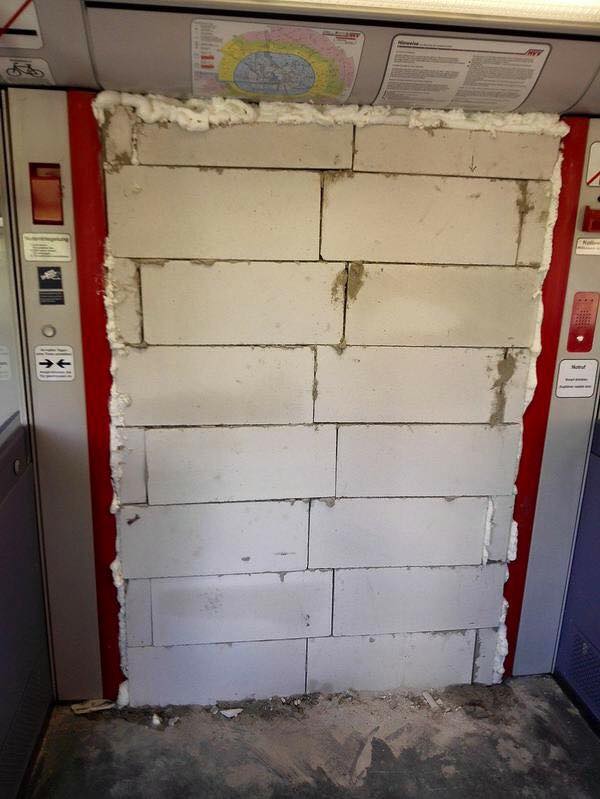 Placed inside the actual sliding doors, the bricks proved a surprise when the aperture slide open to reveal the blockage. Passengers who managed to board before the intervention was reported were forced to exit at an upcoming station while an investigation was performed and the problem ultimately fixed. 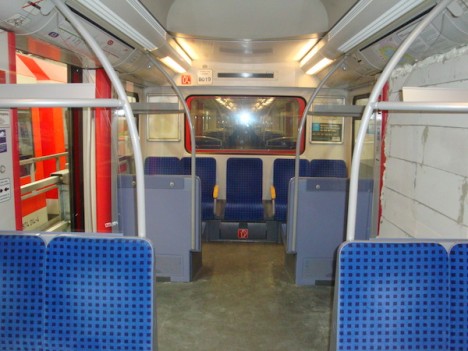 While some may be amused and no one was trapped inside the car, blocked by blocks, the impacts were significant for those faced with cleaning up after this vandalism. The train was routed to a depot and the wall carefully broken down piece by piece, the story ending 12 hours and an estimated 10,000 dollars later. 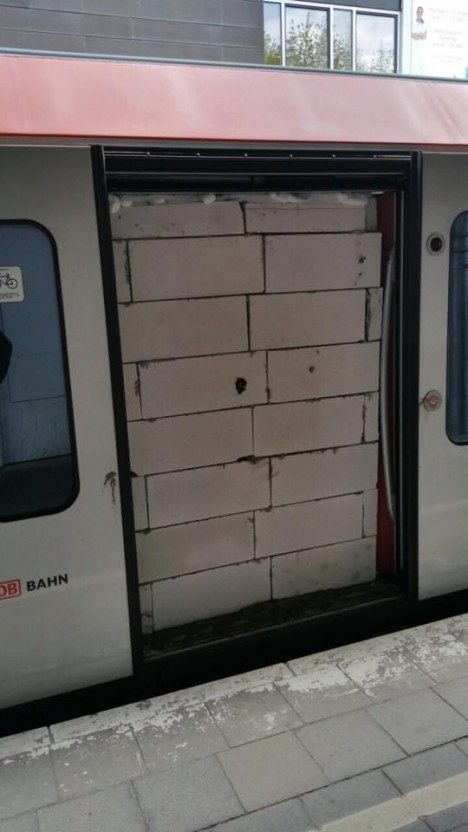 With no sign of the perpetrators, the biggest clue is the professionalism with which the wall was assembled, apparently by a team of people with construction expertise. With no one claiming credit, overtly or anonymously, one is left to wonder whether some reference to the Berlin Wall was intended or if this was an attempt at some other kind of art or message.