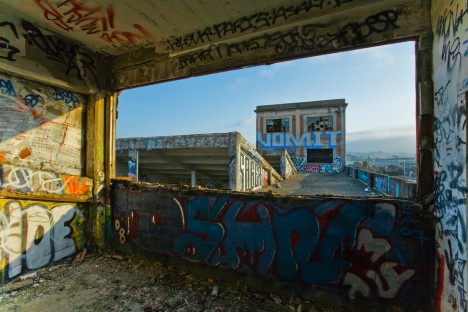 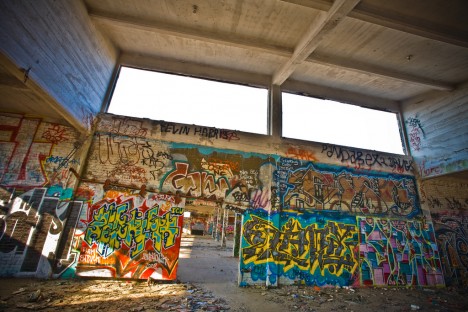 John Steinbeck described a certain street in Monterey, California as “a poem, a stink, a grating noise, a quality of light, a tone, a habit, a nostalgia, a dream.” That would be Cannery Row – both the street and Steinbeck’s 1945 novel. 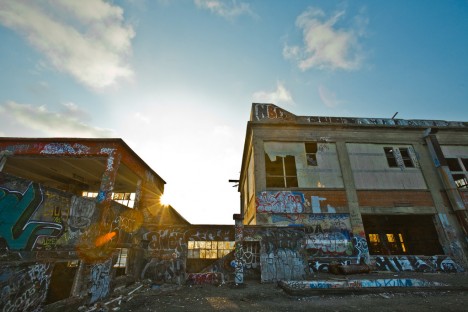 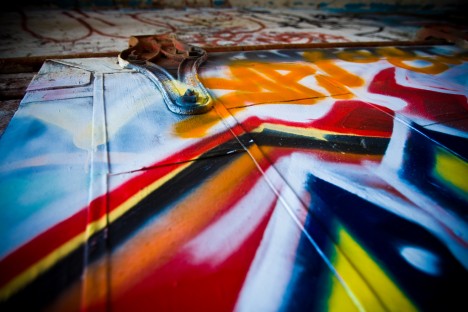 The many sardine canneries in the area were already in a deep, irreversible decline by that time, mainly due to overfishing. Flickr user Andre Hermann visited one of the few still-standing canneries (the graffiti-encrusted former Washington Packing Company) in mid-July of 2008. Some sources state the factory canned tuna until the mid-1960s, closing after several deaths from botulism poisoning were traced back to the factory’s products. Sorry, Charlie. 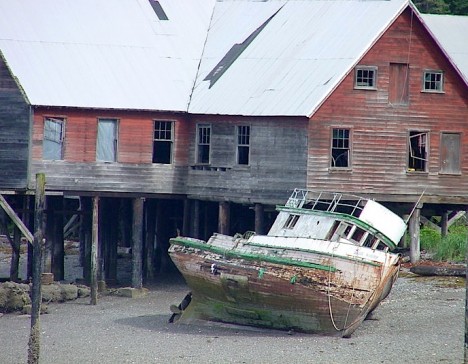 “Hey, you can’t park that boat over here, it’s illegal!…” You can probably guess Alaskan Mongo’s response to that bit of unsolicited advice. Flickr user chartan snapped this scene of an abandoned seine boat beached in front of a similarly abandoned cannery in Hoonah, Alaska, on January 27th of 2011. 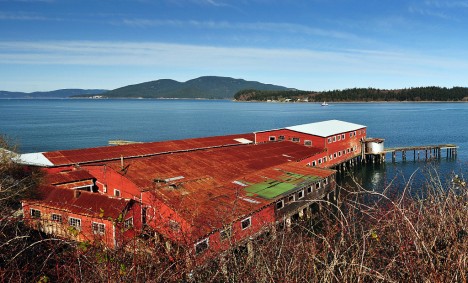 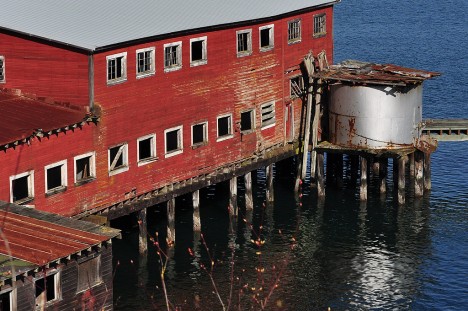 If the abandoned Salina Packing Company salmon cannery in Anacortes, Washington looks a little wet behind the ears, that’s because the place was only abandoned recently compared to the vast majority of its brethren. Opening in 1915 as a salmon cannery, the ramshackle wood-planked complex’s “last use was as a fishmeal plant for American Gold Seafood which closed in 2006.” Flickr user -jon snapped these brilliant images of the formerly hard-working cannery in mid-March of 2014.

Abandoned On The Waterfront 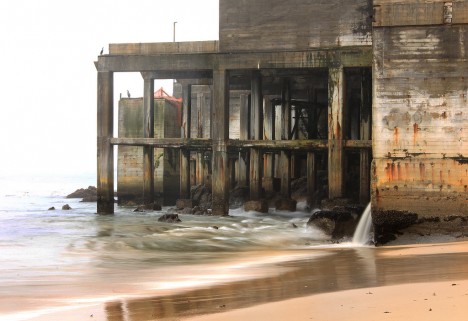 “I coulda’ been a contender… instead of a bum(blebee tuna cannery), which is what I am.” Or was, we’ll assume. Flickr user Juanita Turner captures a single exquisite moment in the relentless decay of a long-abandoned oceanside cannery just off Cannery Row. Taken during a soft but steady rain on February 29th, 2012, the image exudes a warm and fuzzy glow that goes beyond being merely an artifact of a long exposure… more like a memory of things past and passed.