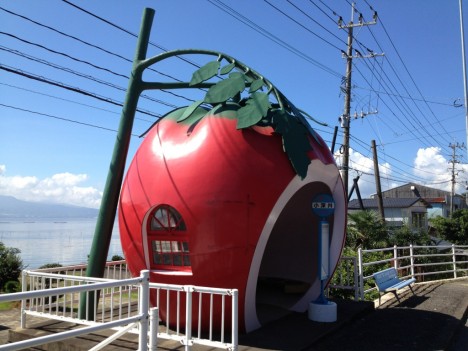 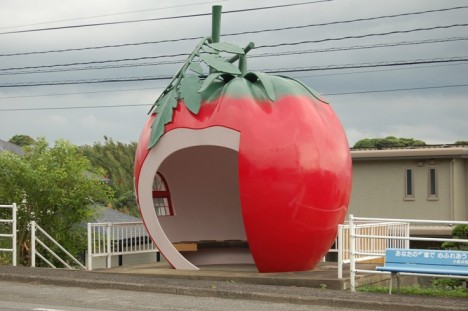 By this point some of you may be asking: “Why a tomato and not, say, an apple?” Well, tomatoes ARE fruits botanically speaking but that’s not relevant here: the five designs were chosen to represent the main agricultural products of Nagasaki prefecture, one of which just happen to be tomatoes. Apples are grown in cooler climates and in fact, the Aomori region at the very northernmost part of Honshu is famous for its apples… not sure if they have apple-shaped bus stops there but that’s a tale for another time. 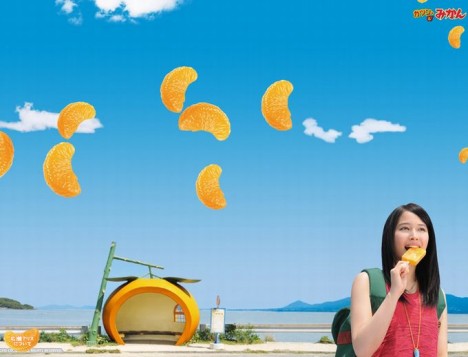 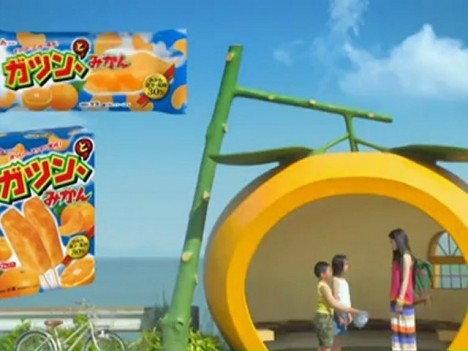 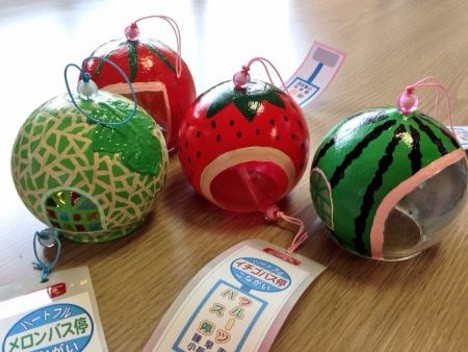 It’s “fair” to say the fruit-shaped bus stops of Konagai have been (and will continue to be) an unqualified success long after the Nagasaki Journey fair has been forgotten. They’ve even outlived the town of Konagai: on March 1st of 2005, Konagai and four other nearby towns were merged into the larger city of Isahaya. 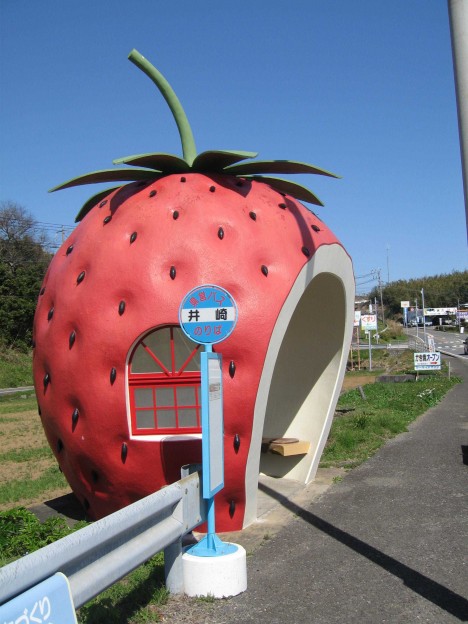 Maybe those other towns wanted to enjoy the sweet taste of fame by sharing ownership of these fourteen fairy-tale bus stops. Wouldn’t you love to have them in your town?