Passing over the border between Turkey and Georgia isn’t an experience you’re soon to forget thanks to the surreal, undulating concrete customs checkpoint structure looming over the Black Sea. A major stop for business travelers, yet located in the sleepy village of Sarpi, the building offered a chance for the client – Georgia’s Ministry of Finance – to make a lasting impression on visitors, representing the new, modern incarnation of the formerly Soviet-run country. 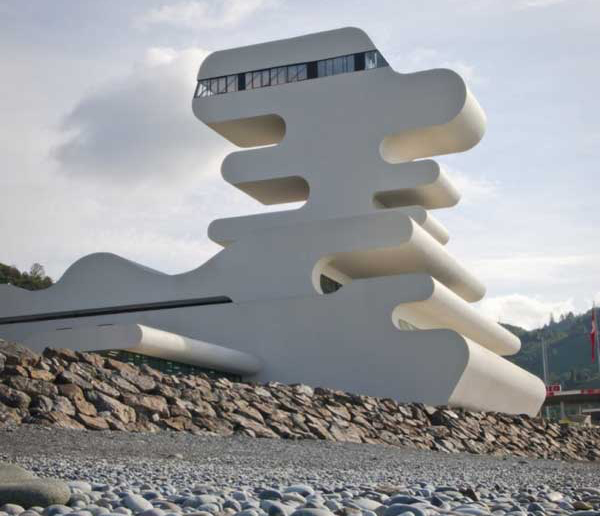 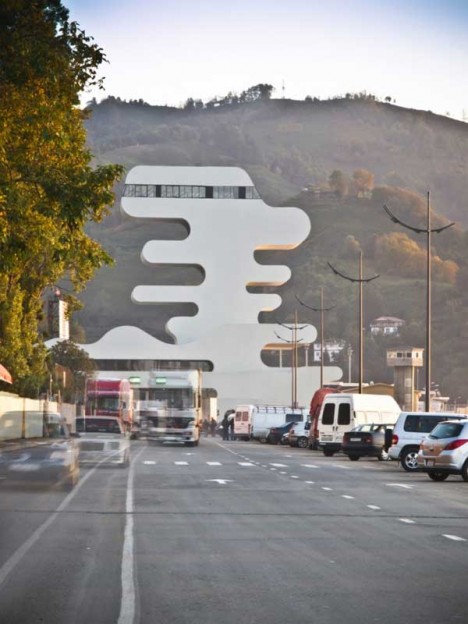 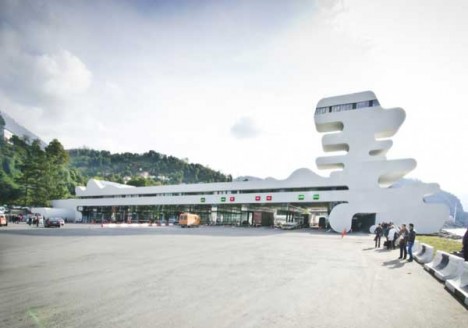 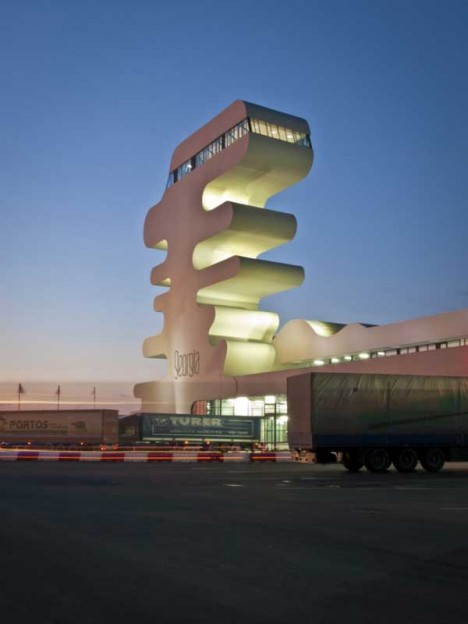 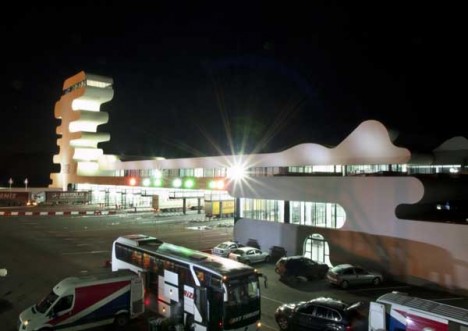 The main volume of the building is low and long, lean as a ship, as if it’s making its way through the streets to launch itself into the water. From one end of this structure rises a strange tower with multiple cantilevered levels overlooking the coastline. It’s topped with a viewing platform, and in addition to the customs facilities, houses a cafeteria, staff rooms and a conference room. 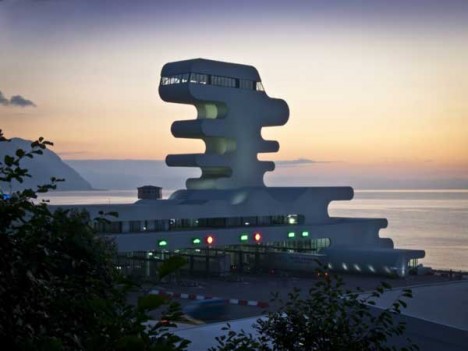 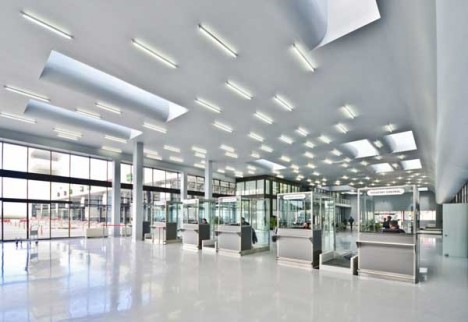 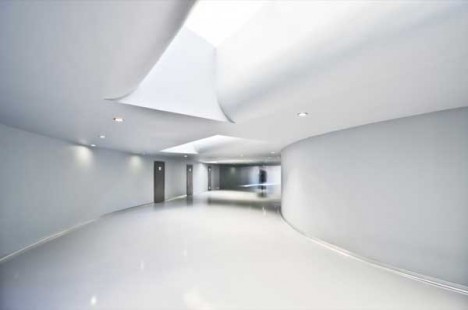 Berlin-based architect J. Mayer H. wanted to represent “the progressive upsurge of the country” in visual form, departing from the usual architectural style of the region. While the highly unorthodox shape of the building fits in well with the rest of the architect’s oeuvre, including the Georgia rest stop pictured below, it’s also somehow fitting for a region still filled with bizarre Soviet monuments. 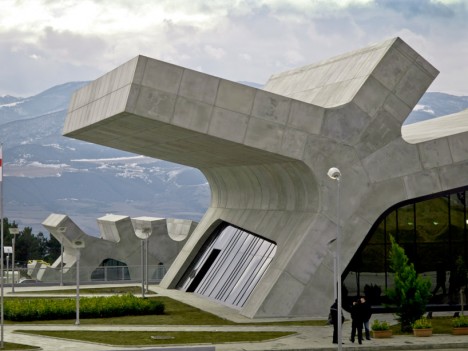 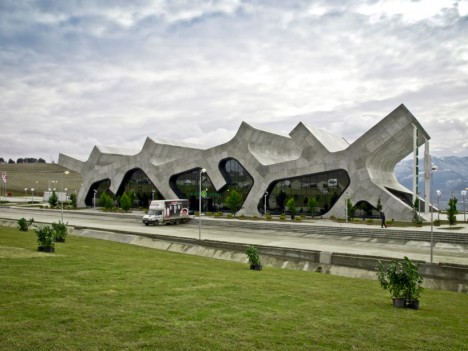 With its sculptural profile, the structure almost seems more like an oversized piece of public art than a functional building, reminiscent of the incredible futuristic concrete monuments built by the Soviets that can still be found in Yugoslavia today. In this sense, the Sarpi checkpoint almost seems retrofuturistic. Some people say it looks like an abstracted profile of Snoopy.