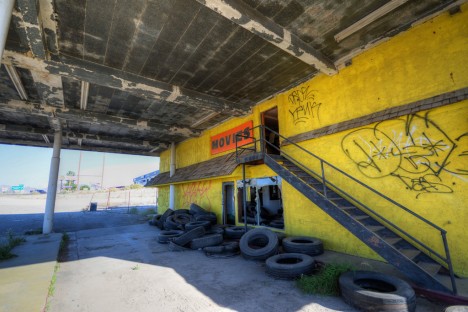 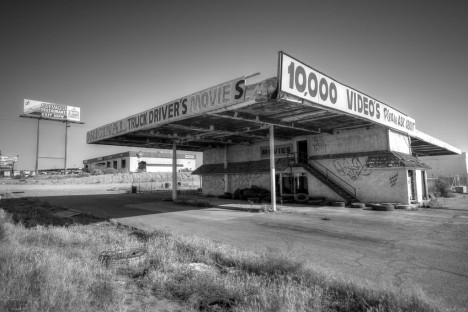 The long-abandoned and punctuationally-challenged “10,000 Video’s” off I-10 in Ehrenberg, AZ advertised “Original Truck Driver’s Movies” – whatever that means. Hey, even truckers gotta get their kicks on the former Route 66. The sign also displays “Please Ask About” but as the place has been deserted for some time, there’s no one there to ask. Flickr use ap0013 visited the rapidly deteriorating location on March 30th, 2015 but left without answers… or original truck driver’s movies. 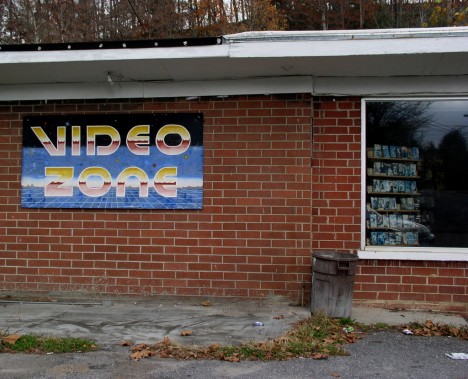 Flickr user Jacob…K photographically captured the abandoned Video Zone store in Robbinsville, NC in early November 2006. The store’s sign graphically captured the essence of the Eighties – the heyday of rental video tapes. One clue to the independent nature of so many old video stores was the sign on Video Zone’s door reading “This is NOT a non-smoking store.” Wonder if they rented “Thank You For Smoking” at a discount. 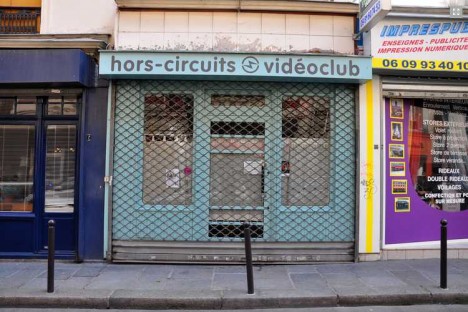 According to Media Fields Journal, Hors-Circuits Vidéoclub on the rue de Nemours in Paris, France is “closed, but only for summer vacation.” Yeah, that’s the ticket – and the owner’s sunbathing on the French Riviera with his wife, Morgan Fairchild. Kudos to photographer Michael Jacobson for showcasing the timeless vibe exuded by the store’s faded French Blue front facade. 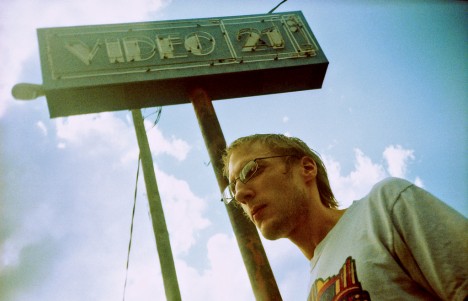 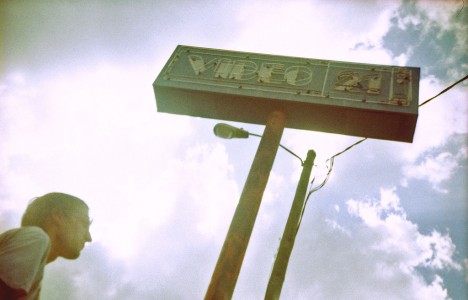 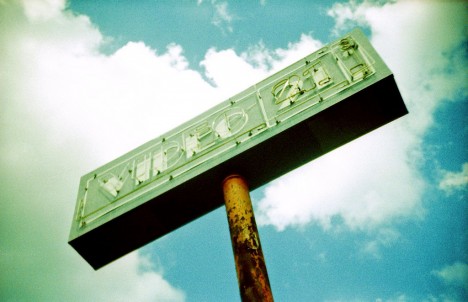 Flickr user Mike Wingate (anómyk) figured a rusty old Video 21 sign in Tallahassee, FL was as good a subject as any for his Fujica M1 camera loaded with expired Velvia 50 slide film. The shots above, cross-processed (“xpro”) as lomography aficionados are wont to do, show that expired film and expired video stores are a match made in heaven. 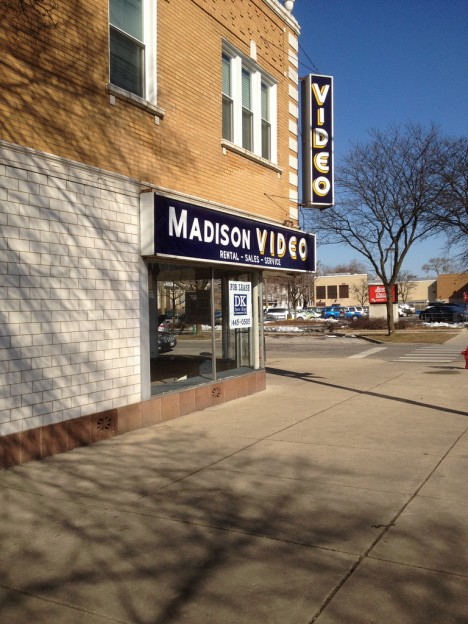 Flickr user David Wilson’s (davidwilson1949) crisp and clear photo of the “defunct” Madison Video store in Oak Park, IL was taken on February 26th, 2012. Looks like a mighty cold morning out in suburban Chicago but then, most February mornings there are.