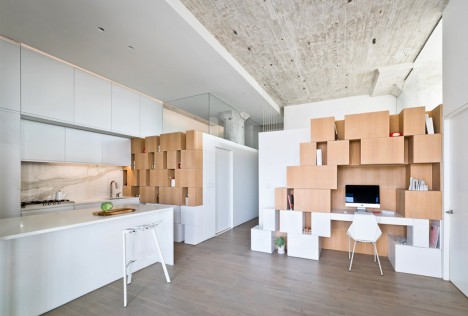 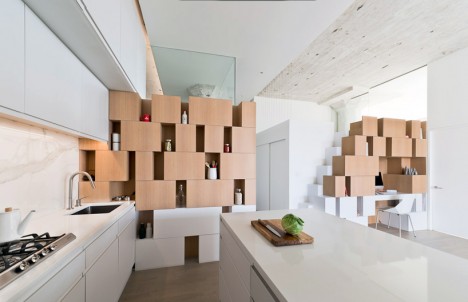 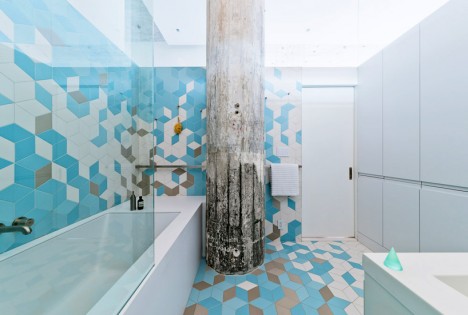 A New York die casting factory originally constructed in 1913 saw an ‘80s renovation that disguised its industrial origins – and beautiful weathered columns – with lots of new walls. SABO project tore all of that out to brighten and visually broaden the space, adding a series of insertions that don’t go all the way up to the high ceilings, creating a mezzanine level. 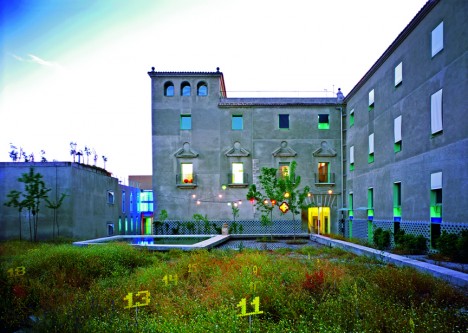 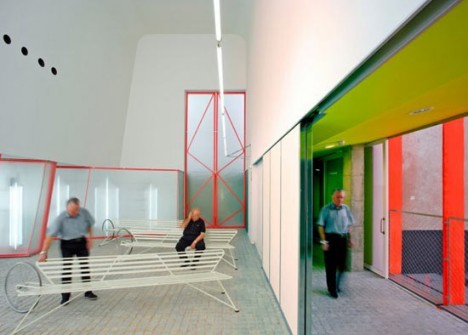 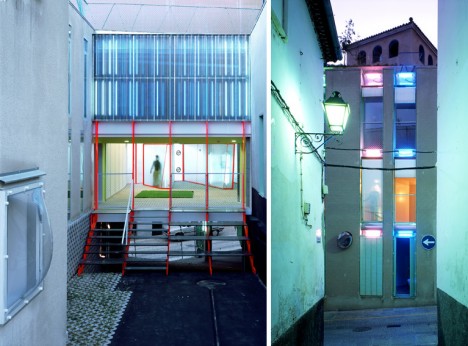 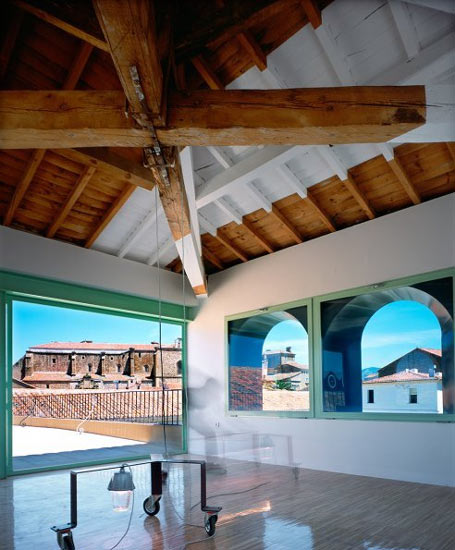 It was once a seminary, but after sitting abandoned for years, this fifteenth-century structure in northern Extremadura, Spain is a place where priests go to retire. All of the neon details by architecture firm Andrews Jacque Arquitecto make it look like quite a hopping party hub. The priests themselves helped design it. The modernization of the chapel, however, was apparently where they drew the line: while the furniture inside is made to be moved around or out of the way for religious ceremonies, most of the priests refuse to worship in the space. 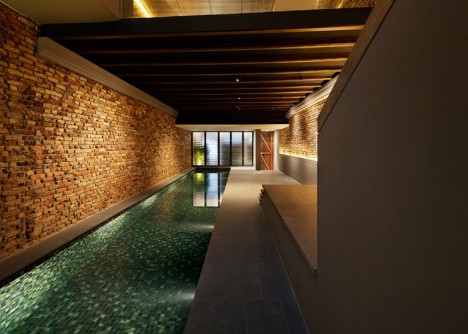 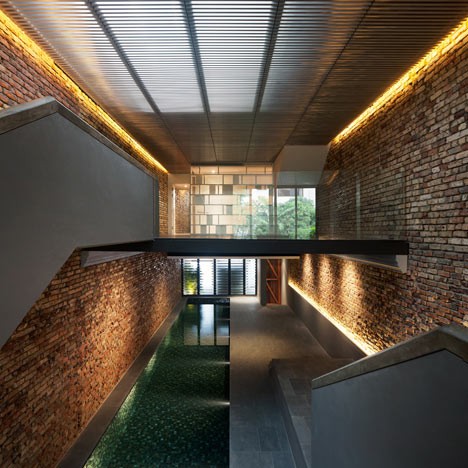 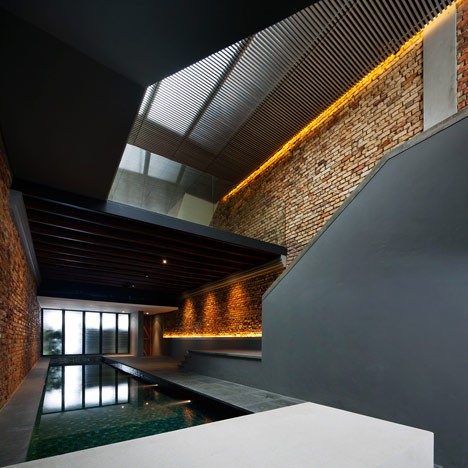 A staircase zig-zags through the multi-level atrium of this former shophouse turned residence in Singapore, overlooking a long and narrow indoor swimming pool. The first three floors of the building are original, while four more were added on top, maintaining the building’s rectangular footprint. 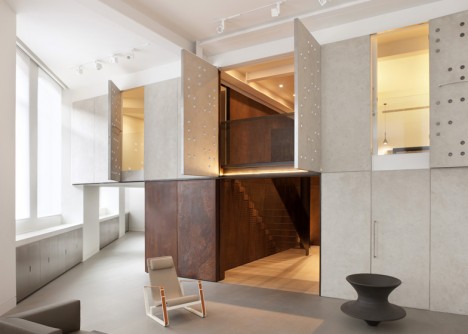 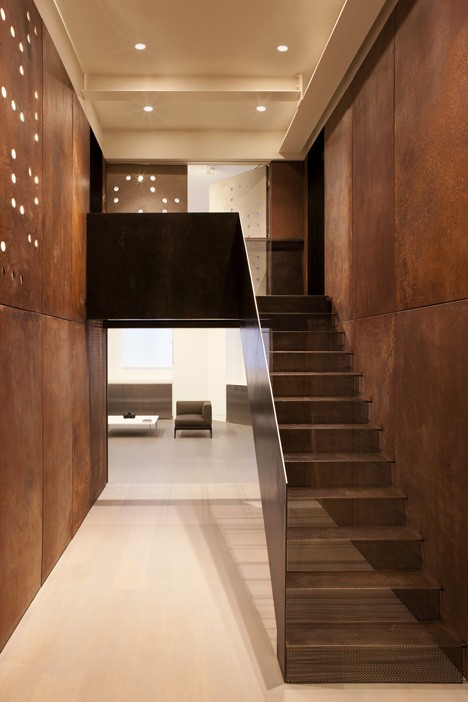 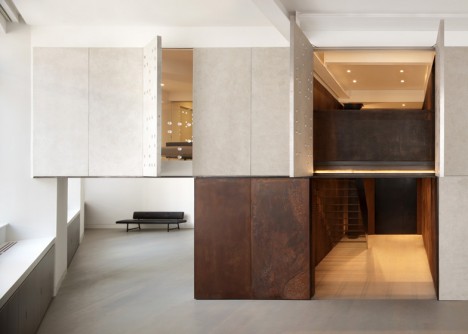 Private spaces are concealed within a furniture/architecture hybrid creation with concrete shutters, like a building-within-a-building. All walls were knocked out of the former Victorian post office to create one big double-height space that acts as the living area, and the insertion can be opened to this space or closed off when privacy is desired. 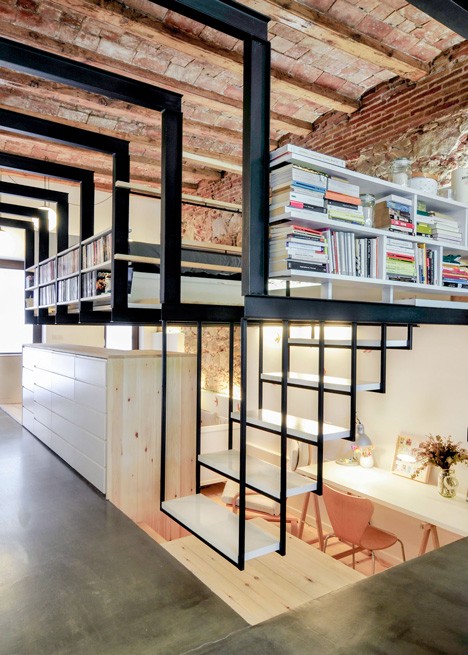 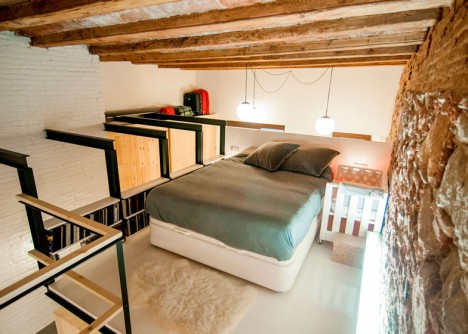 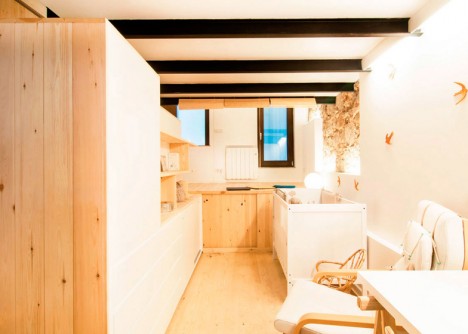 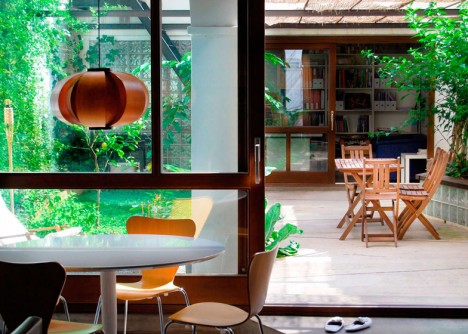 Three different levels of living space fit within what used to be a dilapidated basement laundry room in Barcelona, the floor excavated to create a study and nursery. You can either step down into this timber-lined subterranean space, or up into a combination bookcase, staircase and loft, with black I-beams and new white walls set against the original brick.