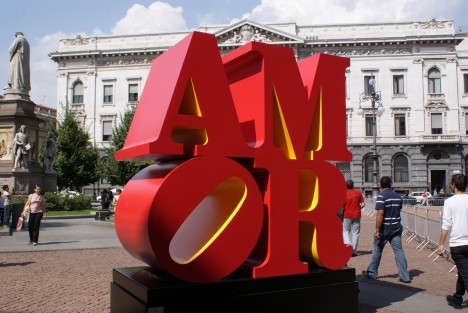 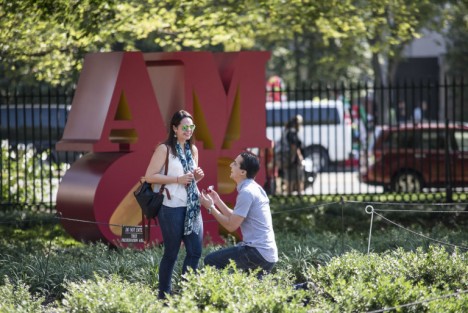 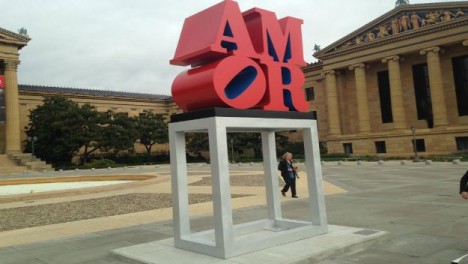 Forget about the moon hitting your eye like a big pizza pie, the sculpture displayed outside the Galleria Vittorio Emanuele II in Milan, Italy’s Piazza della Scala is “AMOR” writ larger than life! Milan’s piece is one of several Latin-lingo LOVE sculptures – others include a piece displayed at the National Gallery of Art Sculpture Garden in Washington, D.C., another in Valencia, Spain, and a pedestal-mounted version installed temporarily at the top of the Art Museum steps in honor of Pope Francis I’s 2015 visit to Philadelphia. 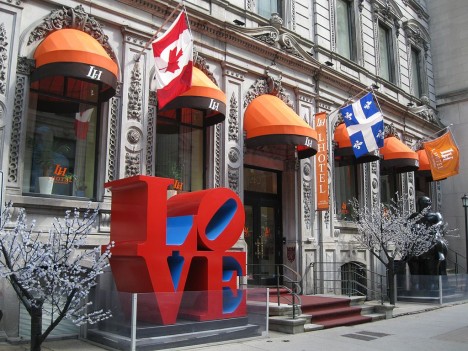 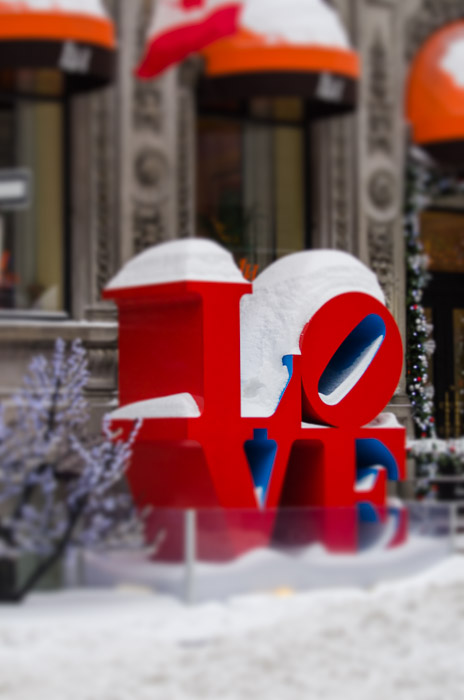 Unlike most of the world’s LOVE sculptures, the piece installed in front of Lhotel in Montreal, Canada is surrounded by a low glass wall. The wall might well have been higher but… it snows in Montreal.

The Price of LOVE 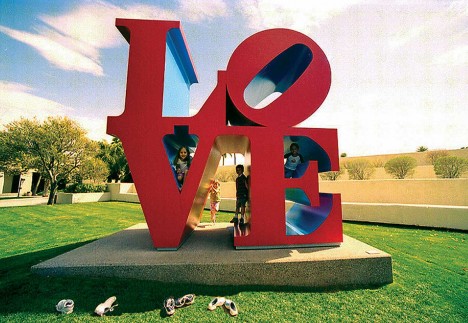 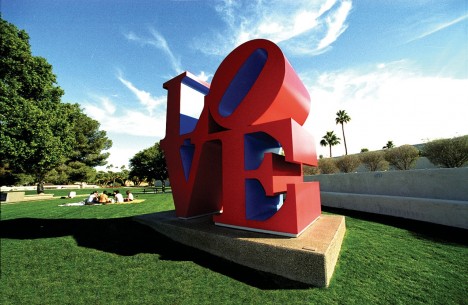 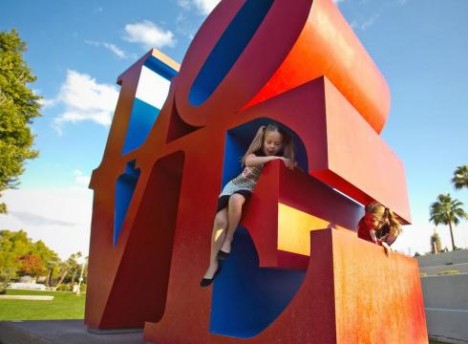 Just like the human emotion, sculptures of LOVE come at a cost and must be maintained over time. Take the LOVE sculpture erected at the Scottsdale (Arizona) Civic Center in 2002. The 12′ by 12′ by 6′, polychromed red and blue aluminum sculpture weighs 3,800 lbs. and cost $311,000! Since it’s set within a public space where visitors interact with it on a daily basis, the city must spend roughly $5,000 each year just to keep it looking good. 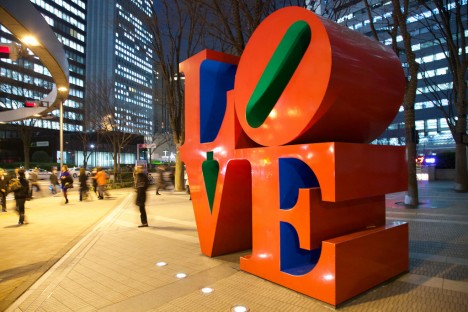 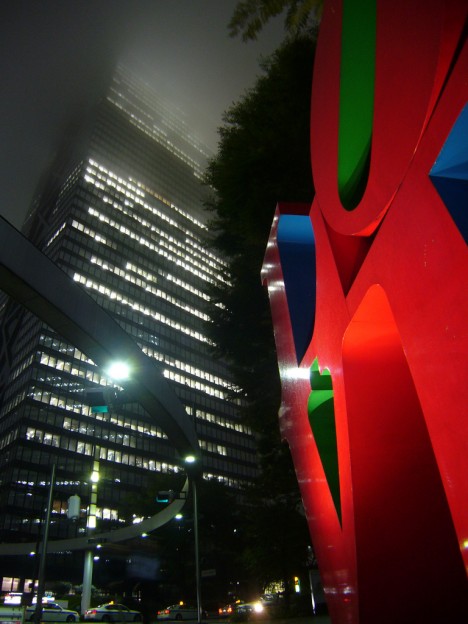 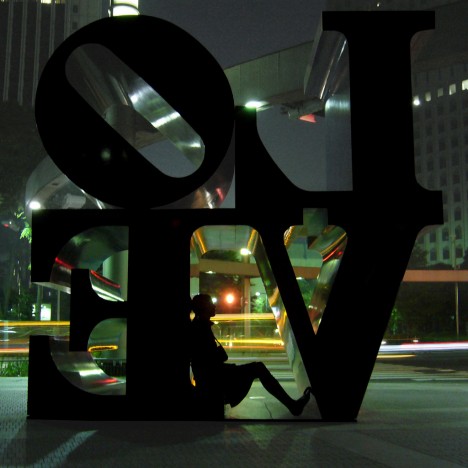 One of the world’s busiest urban crossroads can be found in Tokyo, Japan’s Shinjuku district. Tempering the sound of the madding crowd is this pedestal-less LOVE sculpture set just outside the Shinjuku I-Land Tower. Flickr users Malte Vahlenkamp (mvahlenkamp) and -sou- capture the many moods of Shinjuku’s LOVE sculpture in images taken in 2014, 2007 and 2005 respectively.

The final image is especially evocative, prompting viewers to wonder what’s “behind the love”… is there only darkness, or a new way to look at this powerful, primal emotion? Looking back at LOVE, what do YOU feel?