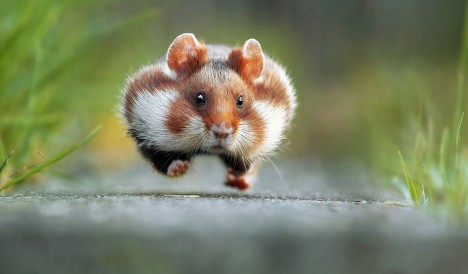 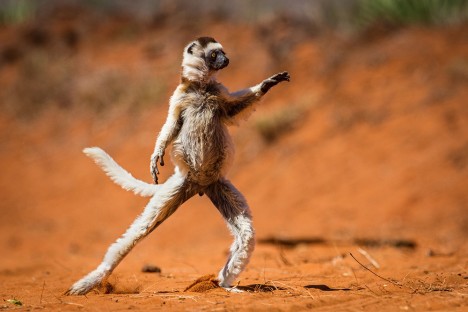 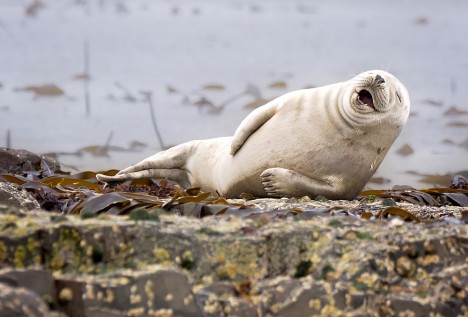 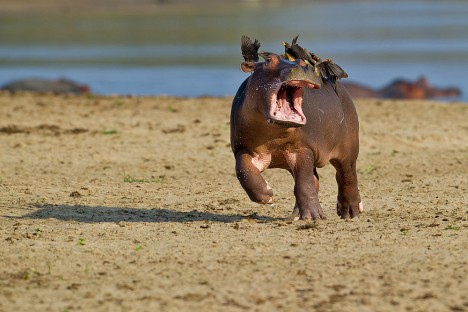 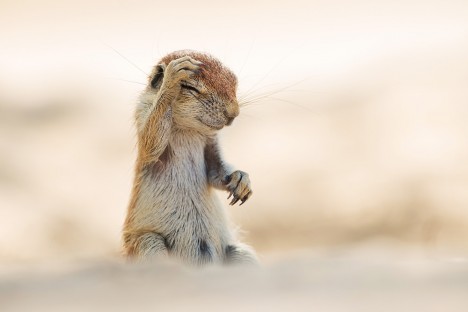 The Comedy Wildlife Photography Awards produces some hilarious and adorable animal photos every year, with this year’s crown going to a little running hamster in ‘Rush Hour’ by Julian Rad. 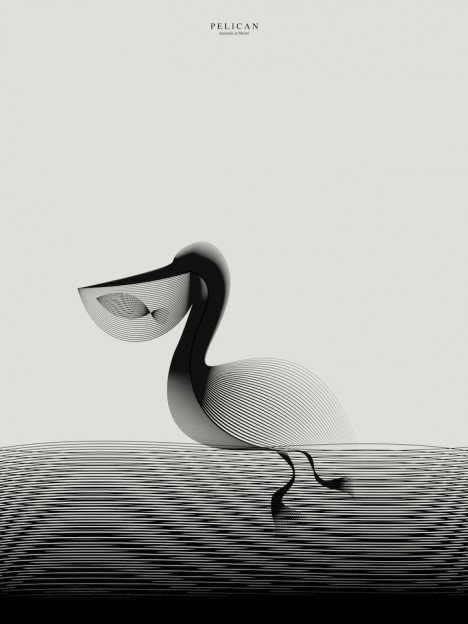 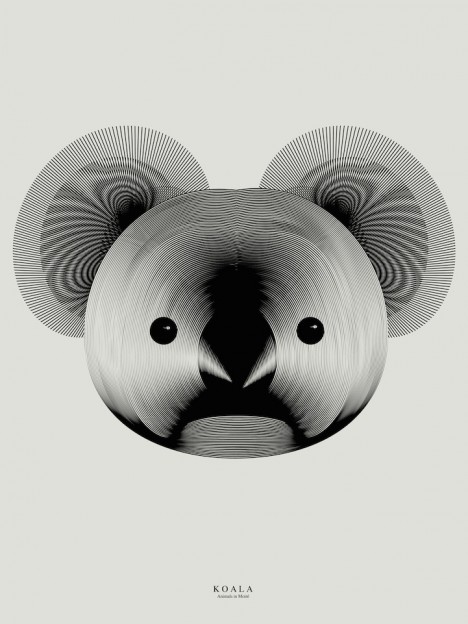 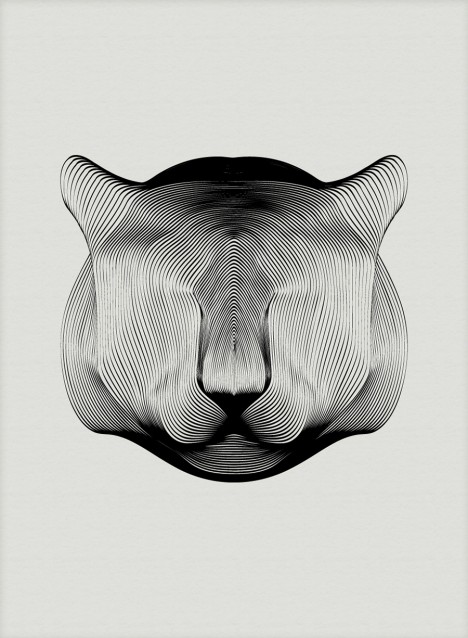 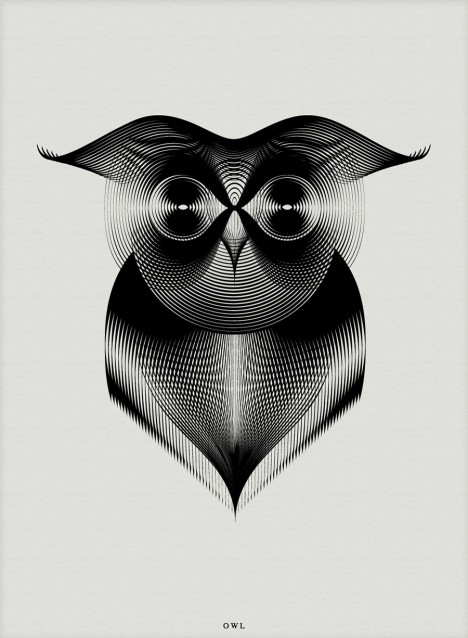 All it takes to create the suggestion of an animal is a few black lines, and in artist Andrea Manini’s hands, each one feels fluid and dynamic, tense with energy, ready to spring off the page. Using the effect of moire patterns, with lines that are scaled or rotated, Manini somehow manages to leave no question as to what animal is represented in each image. 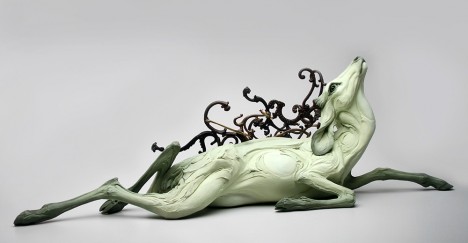 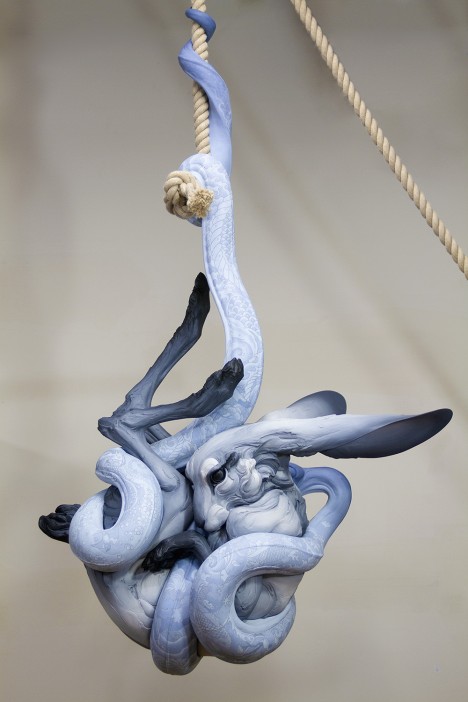 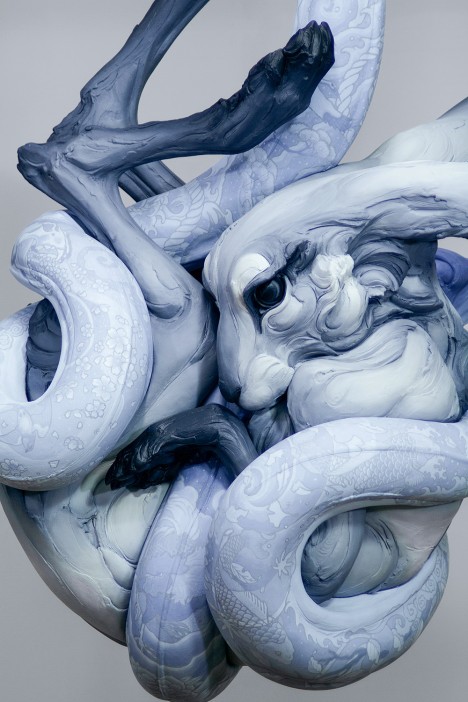 Rabbits, wolves, snakes and deer covered in tattoo-like imagery cling to each other, often decorated with wrought iron or rope, in Beth Cavener’s beautiful nature-inspired sculptures. “On the surface, these figures are simply feral animals suspended in a moment of tension,” says the artist. “Beneath the surface, they embody the consequences of human fear, apathy, aggression and misunderstanding.” 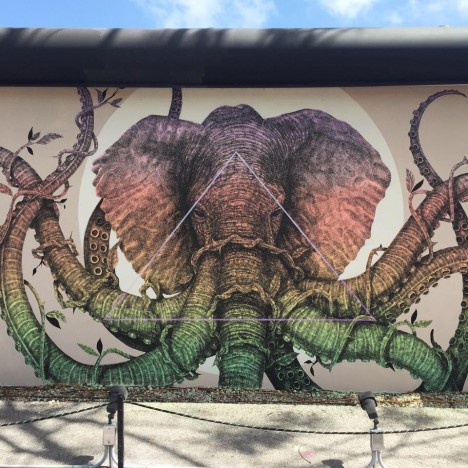 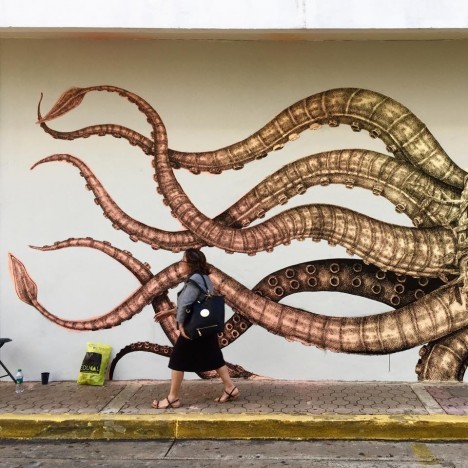 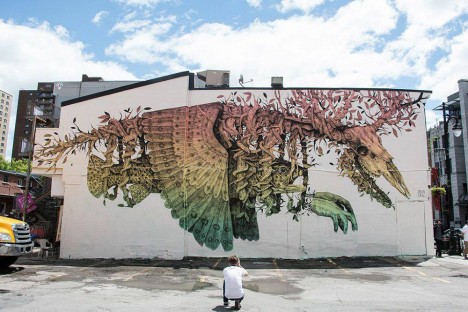 A unique fusion of animals and plants, alive and dead, tinted with rainbow colors stretches across the exterior walls of buildings in Puerto Rico as artist Alexis Diaz decorates the public spaces of his home country. 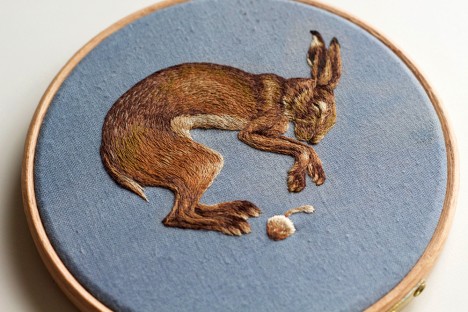 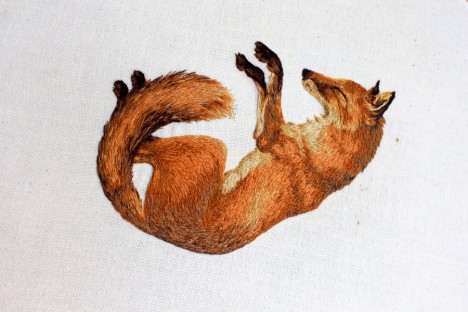 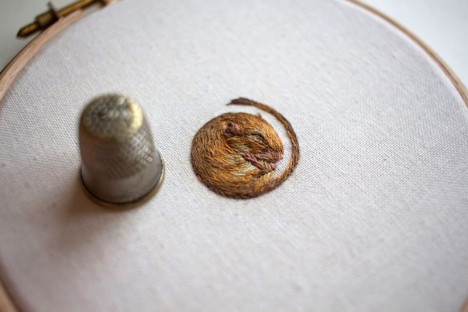 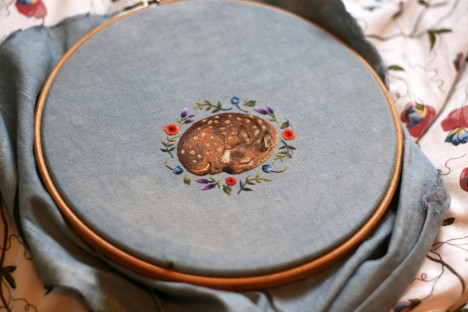 These embroidered animals by Chloe Giordano are so finely layered, they look like colored pencil illustrations. The Oxford-based artist builds her menagerie of animals hair-by-hair, the results nearly three-dimensional as the threads become fur.