It took over 100 artists to paint this full-length movie, the first of its kind: a work where every frame was hand-painted, then combined into an epic animation about, in the style and using the techniques of Van Gogh (oil and canvas).

This first trailer of Loving Vincent shows the brushstroke style anyone familiar with the artist’s world will immediately recognize. The movie is about Vincent’s life, death and works, an honest look at what was anything but a carefree existence. His own work also shows up throughout, 120 of his masterpieces in total, smoothly transitioned into the frames as the narrative unfolds around them.

A great deal of care went not only into the planning process, but also the execution so that each frame is both original and unique but transfers seamlessly to the next, despite the number of painters involved. 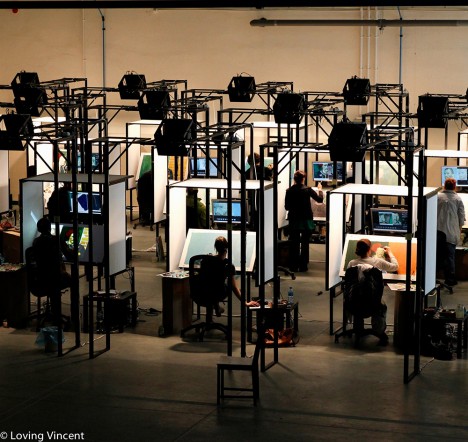 Produced by Oscar-winning studios BreakThru Films and Trademark Films, production is still in progress in Gdansk, Poland, but this sneak peaks suggest it will be well worth the prices of admission (h/t Colossal). 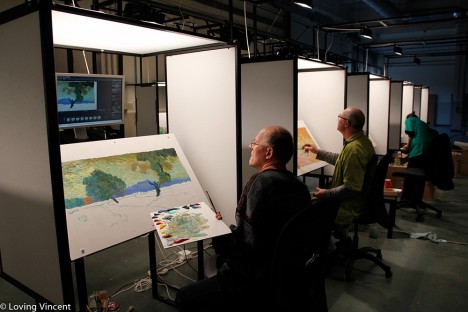 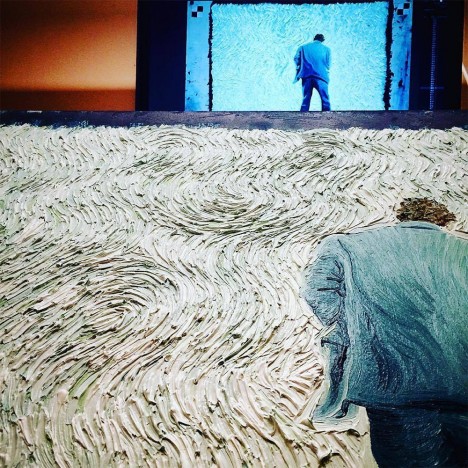 More from the filmmakers: “Loving Vincent is an investigation delving into the life and controversial death of Vincent Van Gogh, one of the world’s most beloved painters, told by his paintings and by the characters that inhabit them. The intrigue unfolds through interviews with the characters closest to Vincent and through dramatic reconstructions of the events leading up to his death. Every frame in the Loving Vincent movie is an oil painting on canvas, using the very same technique in which Vincent himself painted.”