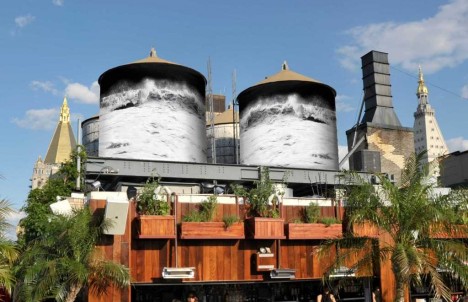 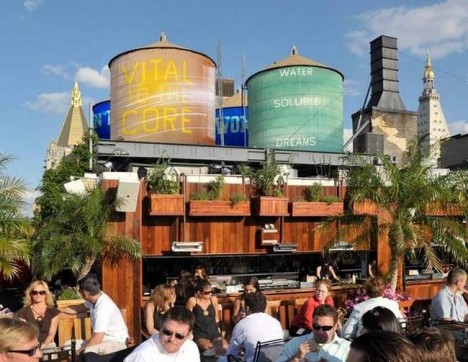 New York City’s ubiquitous rooftop water tanks are virtually invisible themselves, and not only due to their placement (as per City bylaw) on top of buildings of at least six stories or higher. A few years in the heart of the city will turn most any outdoor construction (and pigeons as well, it would seem) a certain shade of sooty gray-brown. 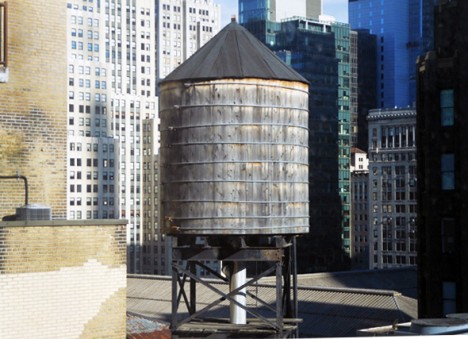 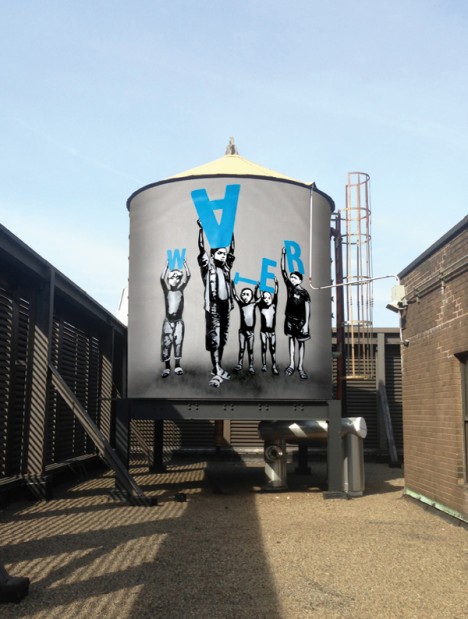 Measuring in most cases 12′ by 13′, the tanks are made from redwood and their ostensible purpose is to support local water use while facilitating fire protection. It’s time these cylindrical cisterns emerged from the urban background noise in order to serve a noble cause. 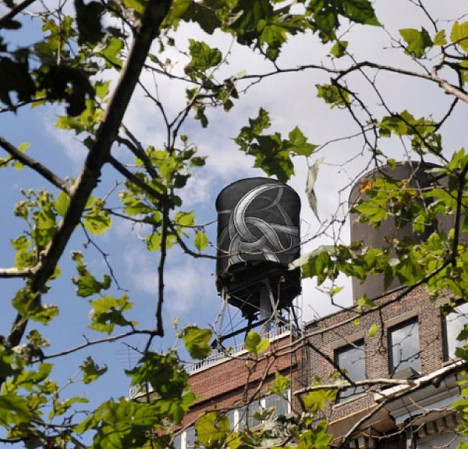 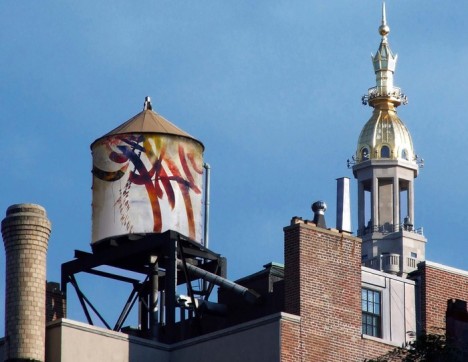 While conceived with the best of intentions, The Water Tank Project has endured a number of false starts – the original 2012 Kickstarter campaign raised only a fraction of its million-dollar goal. 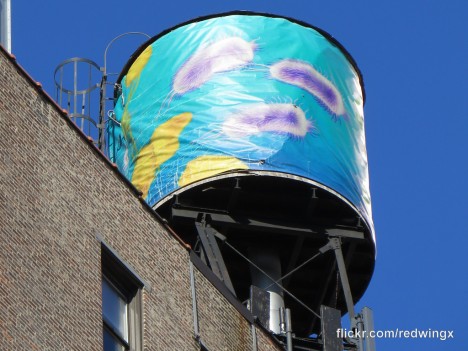 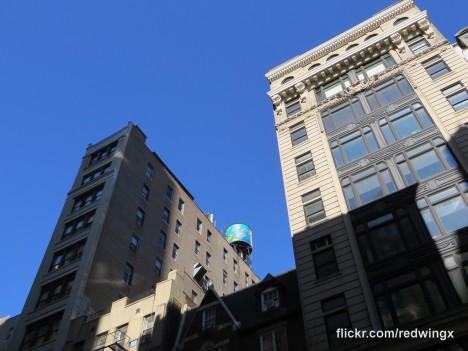 A more realistic assessment of the project’s scope, such as reducing the number of water tanks from 300 to 100, substantially boosted the project’s appeal to fundraisers and donors. Increased advertising has also helped the organizers hit the ground running. 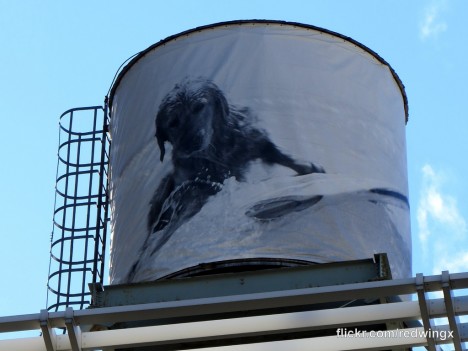 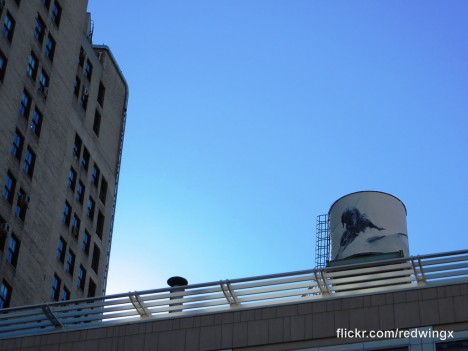 Flickr user redwingx captured quite a few Big Apple water tanks in their wrapped glory during a mid-January 2015 stroll through Manhattan.  The photographer’s street-level POV proves no hindrance to The Water Tank Project’s goal of raising awareness of water waste, even if one must raise their eyes to fully appreciate it. 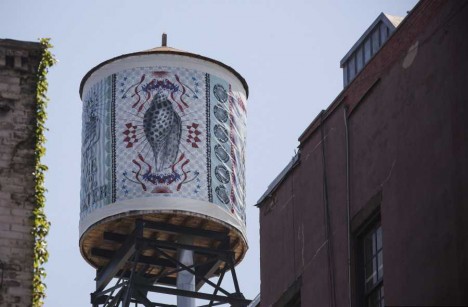 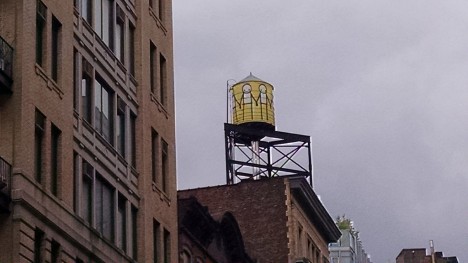 As mentioned, The Water Tank Project is a temporary exhibition – it was originally intended water tanks in New York City would only be wrapped for three months. After that, plans are afoot to bring the project to other cities, presumably those with urban water tanks of suitable sizes and girths. Mumbai, Rio de Janeiro, Sydney, and Mexico City are on the short-list of potential destinations. As for NYC… tanks for the memories!