Taking Postmodern ideas to high-contrast extremes, this set of nightclub-and-entertainment structures designed by MVRDV borrows from its surroundings, boiling area architecture down to white-and-gold shadows on peel-to-play facades. 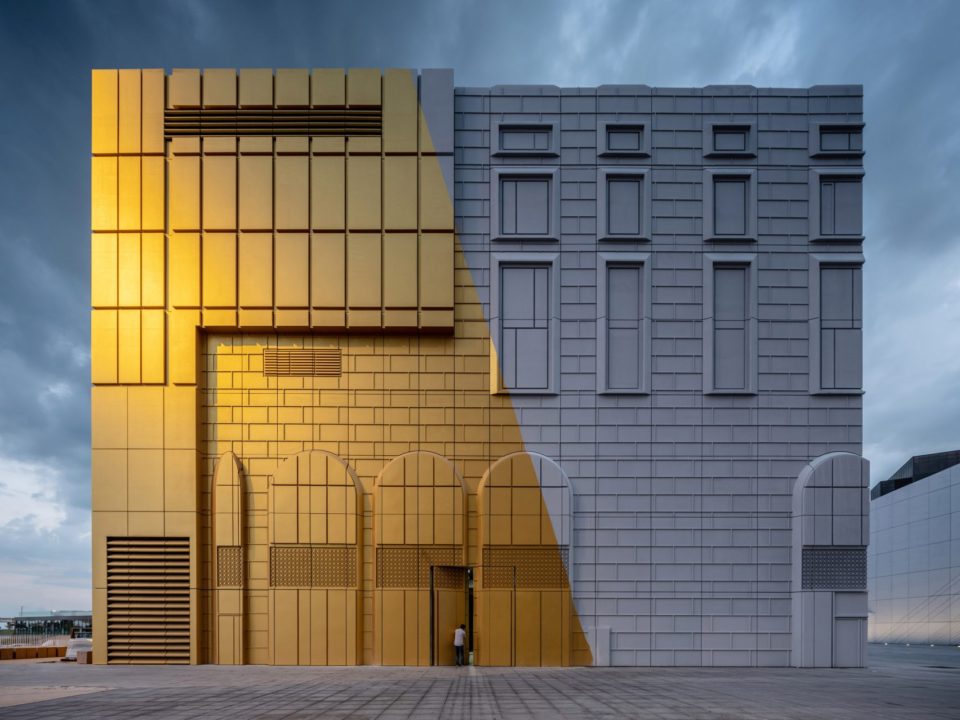 Since neither core space of The Imprint needed natural light, the decision was made to create faux windows instead. These would reference the neighborhood in an abstract way, while the minimalist color palette and pulled-up zones would result in something distinctively contemporary. It would be easy to mock the effect, but (to be fair) as an entertainment complex, the idea is to grab attention. 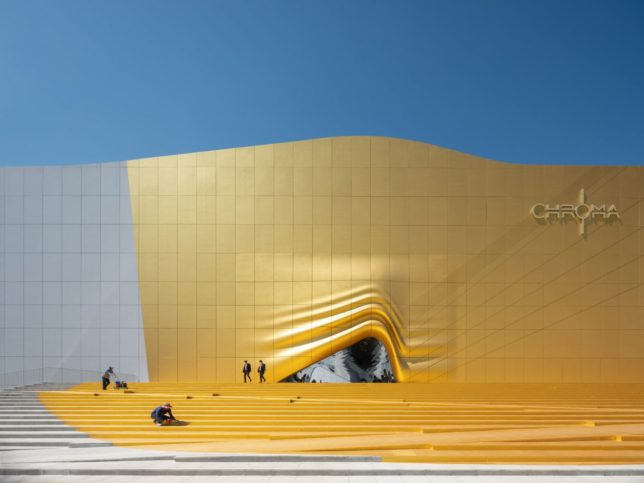 Like raised curtains, areas that are pulled up from the street also clearly convey where entrances are, while multimedia screens just inside suggest what is going on is more exciting and worth looking into. “Reflection and theatricality are therefore combined,” explain the architects. “With our design, after the nightly escapades, a zen-like silence follows during the day, providing an almost literally reflective situation for the after parties.” 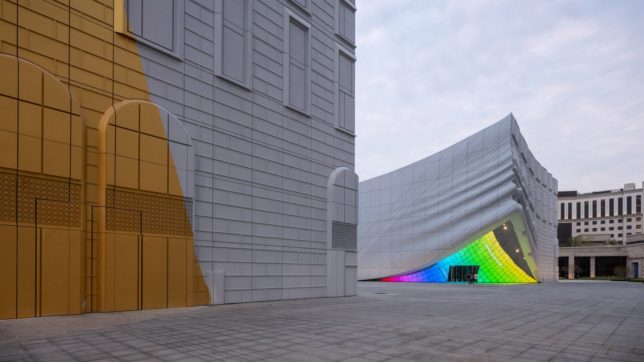 Windows, doors, and other elements mirror what’s all around. “By placing, as it were, surrounding buildings into the facades of our buildings and in the central plaza, we connect The Imprint with the neighbours,” explained Winy Maas, principal and co-founder of MVRDV. “This ensures coherence. Paradise City is not a collection of individual objects such as Las Vegas, but a real city.” 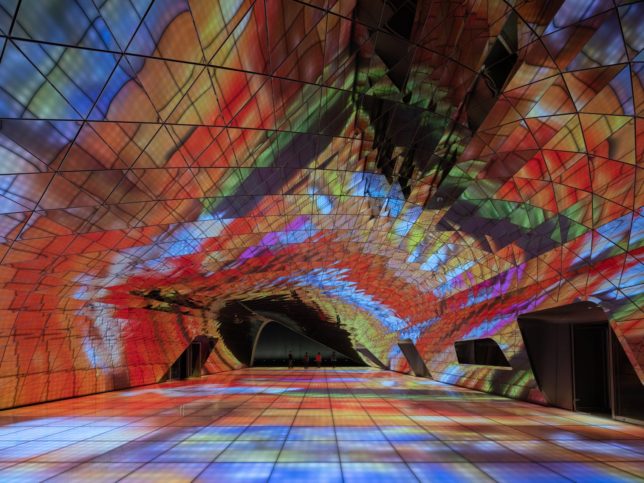 “Two months ago most of the cladding was done and client said, ‘this is an art piece’. What is interesting about that is that they are looking for that momentum – that entertainment can become art or that the building can become artistic in that way. What, then, is the difference between architecture an art? The project plays with that and I think that abstraction is part of it, but it has to surprise, seduce and it has to calm.” 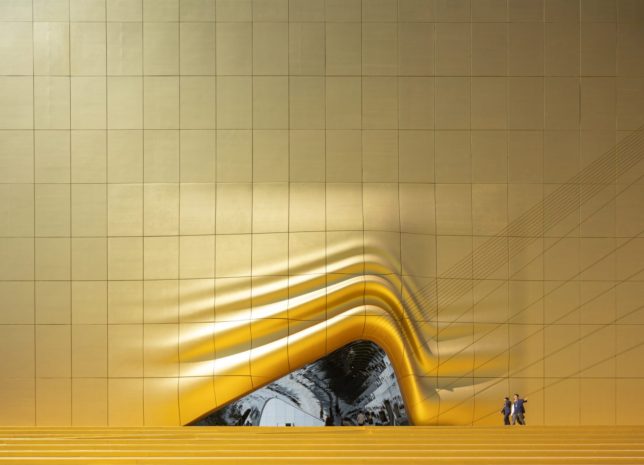