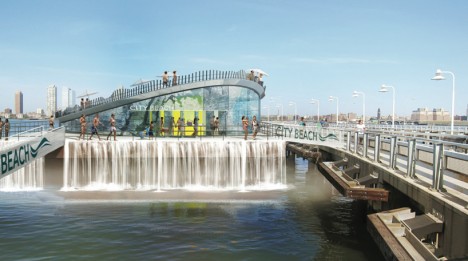 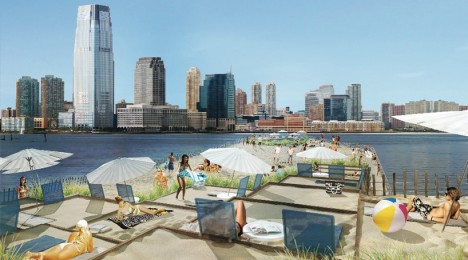 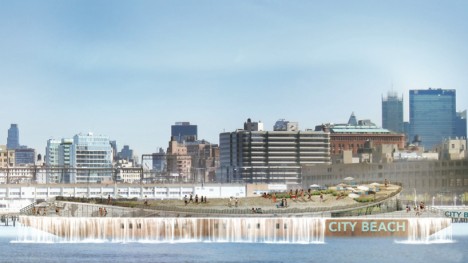 One thing that currently requires New Yorkers to leave Manhattan for the other boroughs is the lack of sand beaches along the river, which is not exactly the most pleasant or safe place to go swimming. ‘City Beach NYC’ attempts to fix this with a floating sand beach on a reclaimed barge, complete with shops, dining facilities and a marine science exhibit. It’s an interesting concept but offers a minuscule amount of space, not to mention the fact that it’s basically just for sunbathing, and there doesn’t seem to be any escape from the brutal summer heat. 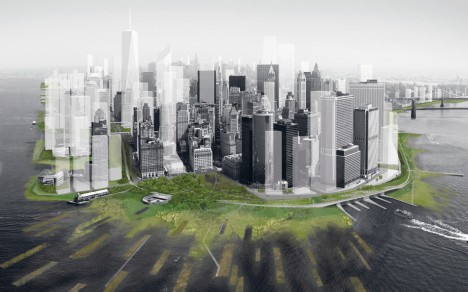 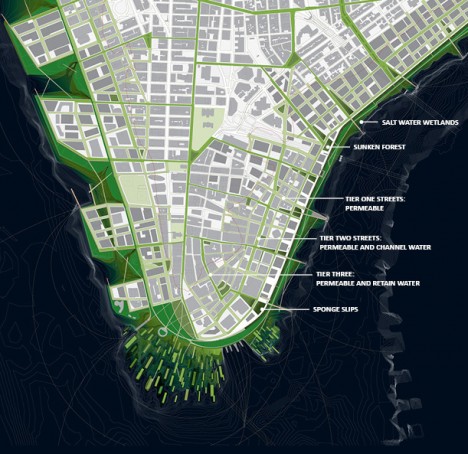 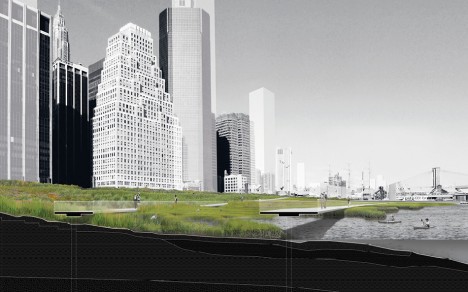 Could turning the outer edges of Manhattan into wetlands prevent encroaching waters from taking over? DLANDstudio’s proposal for MoMA’s 2010 ‘Rising Currents’ exhibition suggests that an “integrated and reciprocal organization of natural and hard infrastructure systems” could protect the city from its own vulnerability to climate change impacts. “Our proposal consists of two components that form an interconnected system: porous green streets and a graduated edge. Typical rain events will infiltrate porous streets and help keep surface water out of the city’s combined sewer system. In larger storms, the streets filter and carry water to new perimeter wetlands to enrich coastal ecologies.” 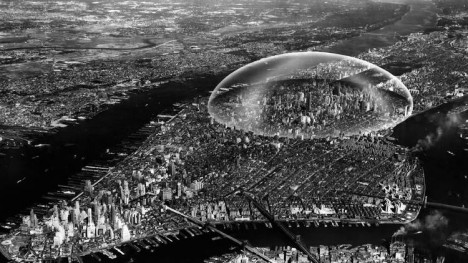 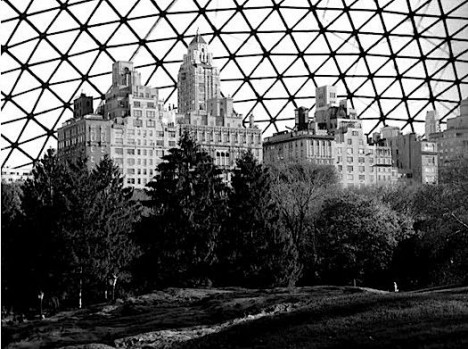 Decades ago, Buckminster Fuller had his own vision for the future of New York City: a climate-controlled, two-mile-wide dome over midtown Manhattan that could protect it from an atomic bomb. The dome would also regulate weather and reduce air pollution. According to the architect, “the cost of snow removal in New York City would pay for the dome in 10 years.” 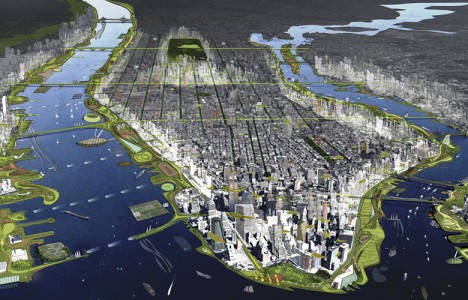 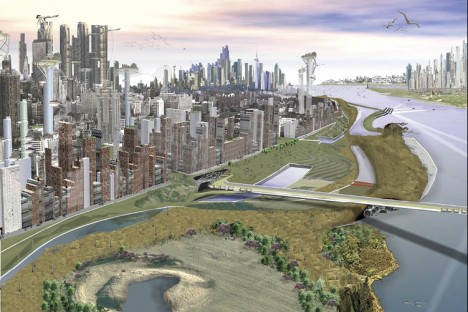 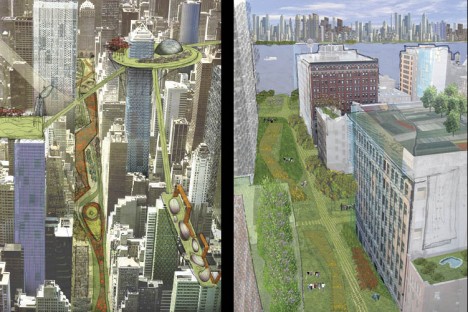 Rogers Marvel Architects present their vision for New York 2106: The City of the Future. “Demographic forecasts predict that New York City will grow by a million residents within the next 25 years. Projecting this growth into the future, the city of 2106 will have to accommodate a 50% increase in population. Yet the majority of the city’s infrastructural networks have already reached their capacity. Adding new layers of centralized infrastructure and increasing the sizes of the systems in place would be prohibitively expensive and increase the disproportionate burden of these systems on certain disadvantaged neighborhoods.” Their proposal? A new organization of urban infrastructure built at the scale of the neighborhoods, “bringing the individual into contact with the systems which support urban life.”