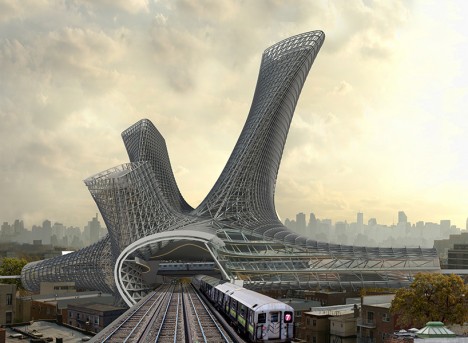 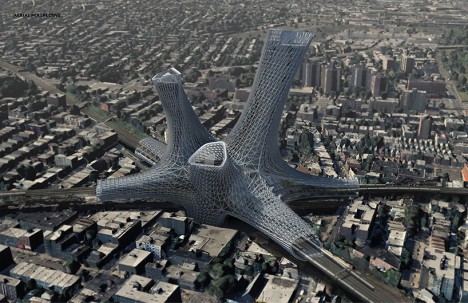 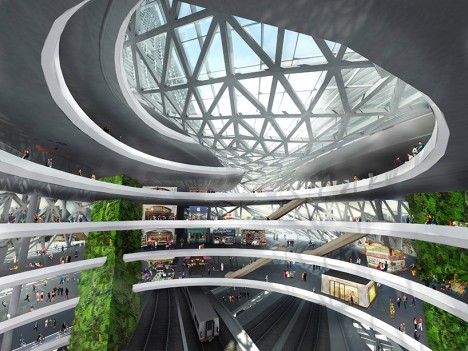 Another project aiming to make use of every square inch of space still available within New York City builds a megastructure on top of an existing transportation intersection, adding habitable space. A massive, sculptural alloy steel structure hovers above the intersection of the Long Island Railroad and the 7 train, putting housing as close as possible to this crucial hub.

Grand Central’s Next 100 by SOM 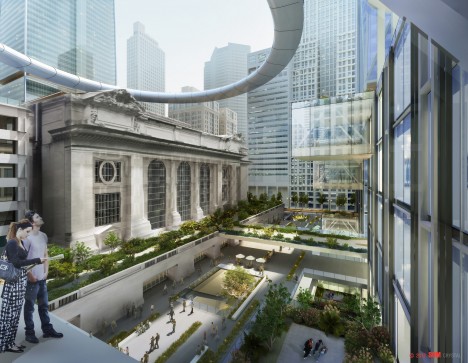 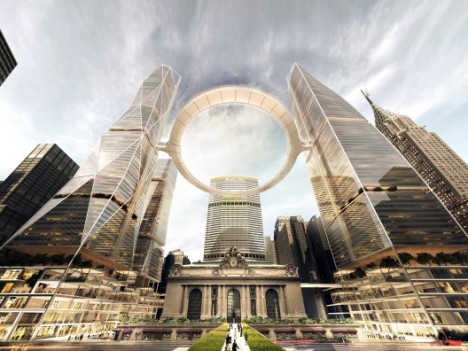 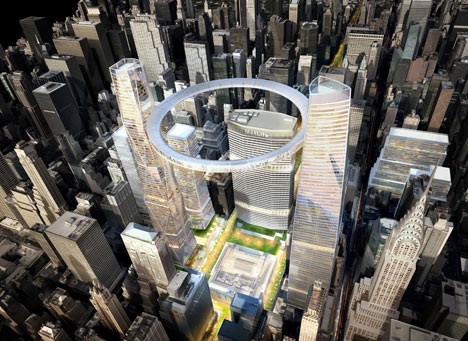 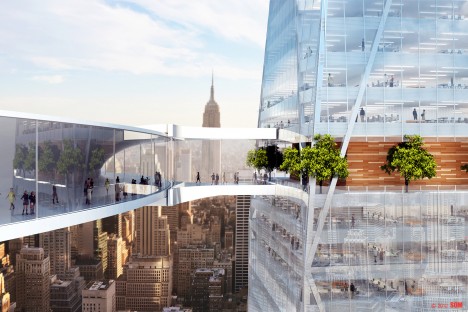 Preserving the existing iconic Grand Central Station yet expanding it for future use even as the population surges, SOM’s concept links pedestrian corridors and new levels of public space to a circular pedestrian observation deck that rises and lowers for 360-degree views of the city.

Pier 55 Park on the Hudson River 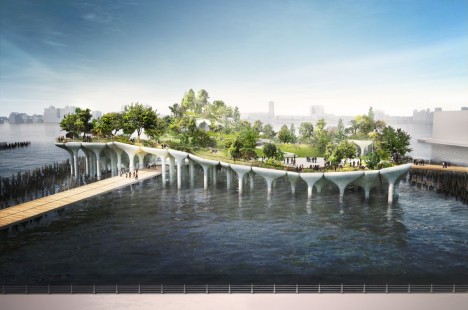 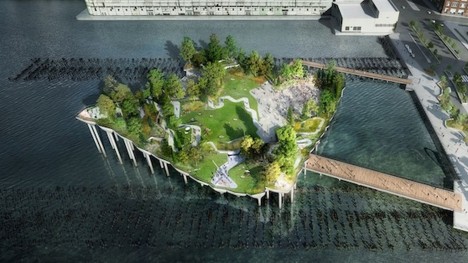 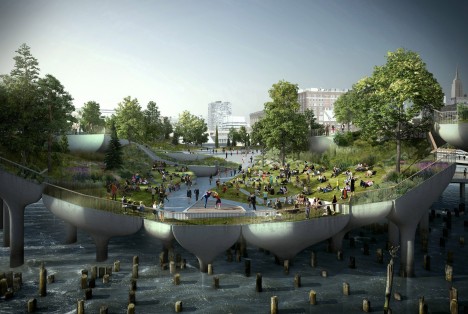 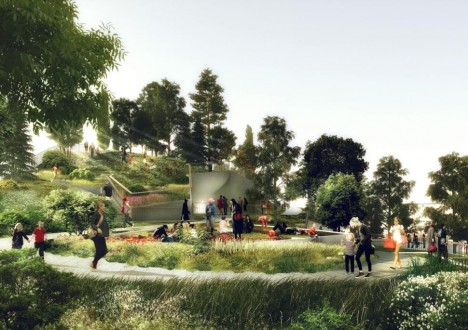 Viewing the Hudson River as New York City’s ‘6th Borough,’ Pier 55 Park adds a public green space full of wooded nooks and performance venues the waterfront near 14th Street. Set back 186 feet from the shoreline, the undulating platform is placed on piers. The park would be privately funded by billionaire Barry Diller and his wife, fashion designer Diane Von Furstenberg, but raises questions about private use of public space, as Diller has spearheaded the planning of his vision from concept to gaining the support of city government. The park was designed by architect Thomas Heatherwick.

‘Heart of the District’ Hovering Hotel 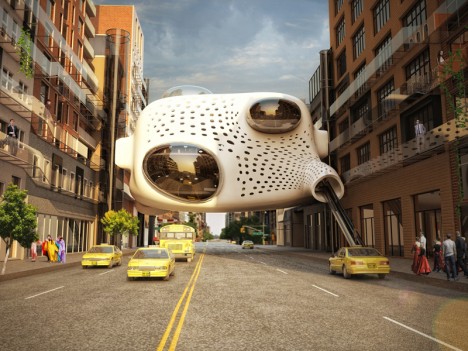 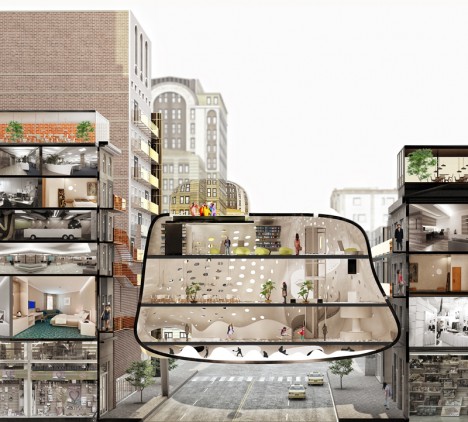 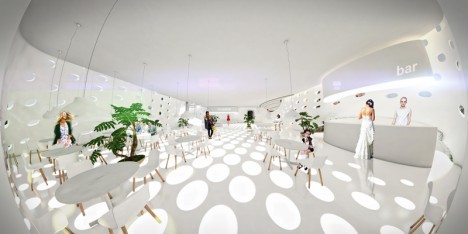 When the city runs out of space, will parasitic structures simply insert themselves in every crack and cranny in between them? Maybe, judging by concepts like ‘Heart of the District,’ a futuristic suspended volume enclosing a number of public activities meant to serve both visitors and locals, like exhibition spaces, a cafe, bar, cinema, library and conference hall. ZA Architects envision it becoming “one of NYC’s iconic objects.”