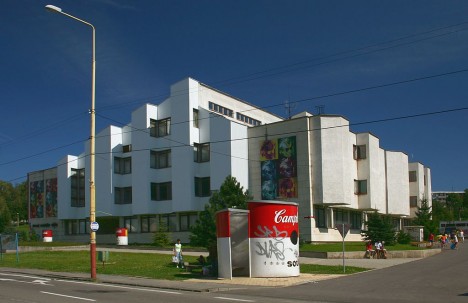 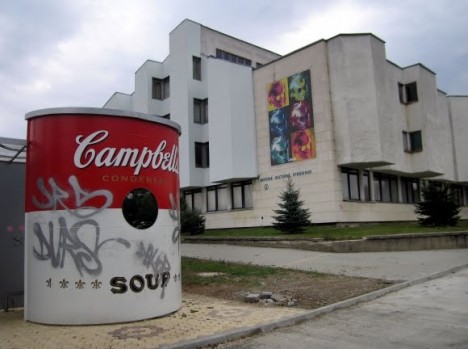 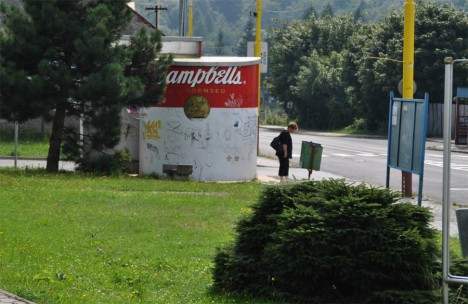 Formerly the local communist party hall of culture, the Andy Warhol Museum of Modern Art in Medzilaborce, Slovakia is home to the world’s second-largest collection of Warhol works. The museum opened in September of 1991 and features a unique bus stop out front designed to emulate one of the artist’s famous Campbell’s Soup cans. A pity local graffiti “artists” felt the need to collaborate. 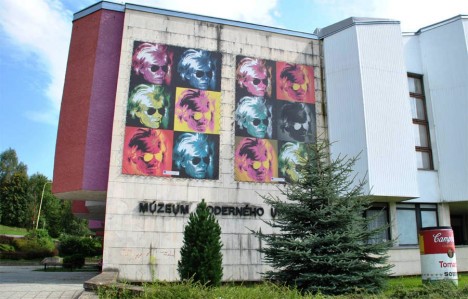 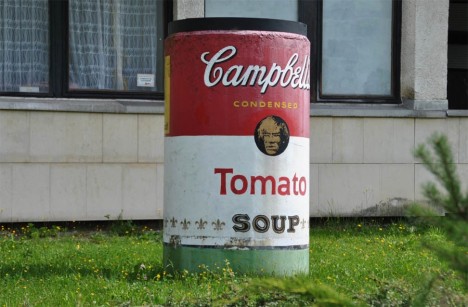 Warhol was born in Pittsburgh, PA in 1928 to Slovak emigrant parents from the village of Mikova, near Medzilaborce. In addition to the roughly 160 Warhol works on view inside the museum, several giant Campbell’s Soup cans have been installed outside the building. Note the medallion on the can; modified to display the artist’s face. 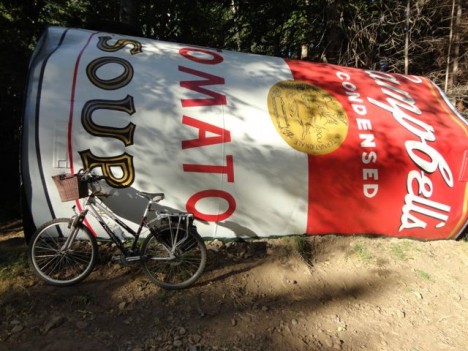 In late 2015, authorities on Hornby Island, BC had a brainstorm: invite local artists to creatively paint the volunteer fire department’s dozen water tanks – what could possibly go wrong? Nothing, actually: there wasn’t even a “Tanky McTankface” to amuse the locals. Artist Pix Sutherland took the high road and painted one of the tanks in Campbell Soup regalia. Why the tank lies crushed and on its side in the image above is anyone’s guess… fingers point to a disgruntled Weedlord Bonerhitler.

Don’t Say It, Spray It 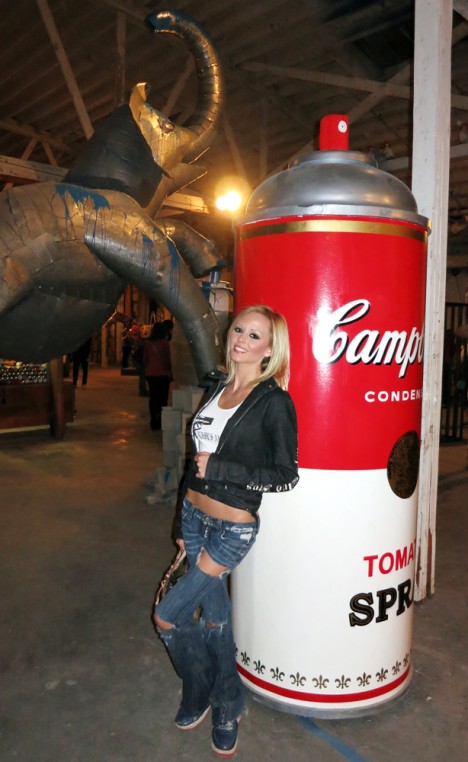 Graffiti artist Mr Brainwash utilizes an intriguing panoply of graphic icons in his work, including the gross-sounding Campbell’s Tomato Spray can. The aromatic aerosol dispenser has even appeared greatly enlarged in 3D at Mr Brainwash’s signature art exhibitions. 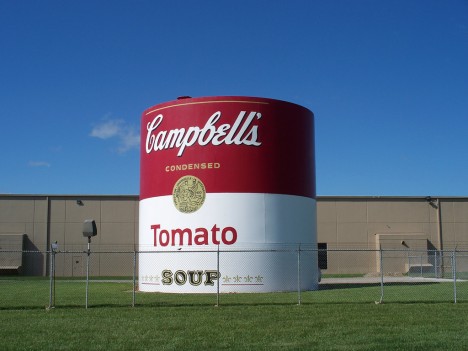 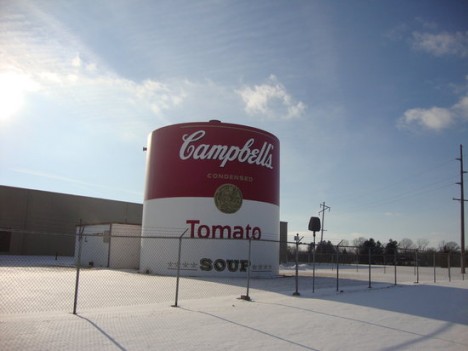 Presumably the giant Campbell’s Soup Can in Napoleon, Ohio holds water and not tomato soup – no one wants a repeat of the Great 1919 Boston Molasses Disaster. Visitors to Napoleon should be aware that factory security prevents photographers from taking close-up shots of the enormous soup can.