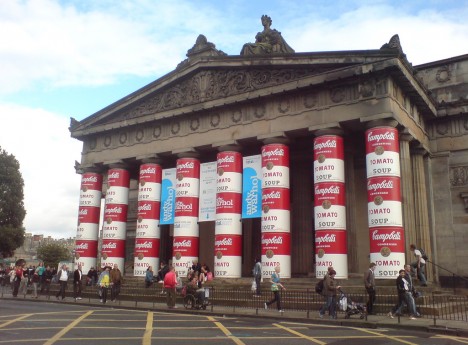 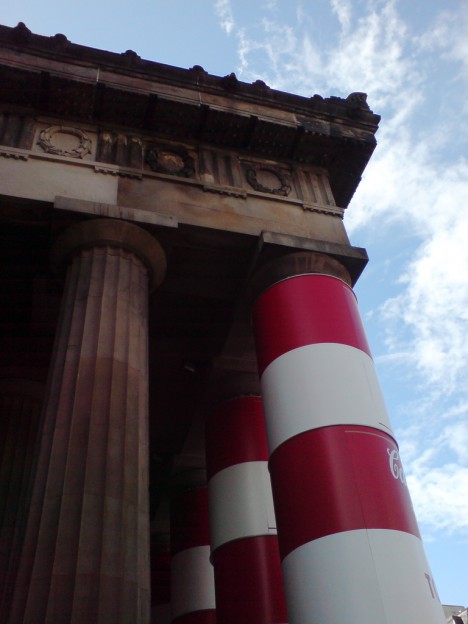 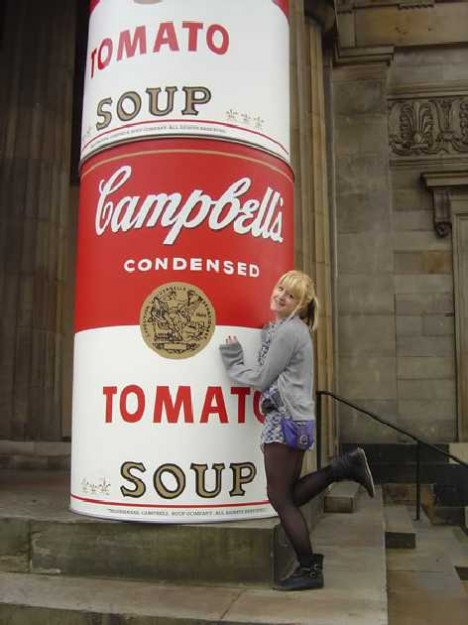 Flickr user Tom Rolfe (Kapungo) visited Edinburgh, Scotland at the perfect time: August of 2007, during the Andy Warhol art exhibition. One wonders why the organizers didn’t make the column cladding cans Scotch Broth instead of Tomato. 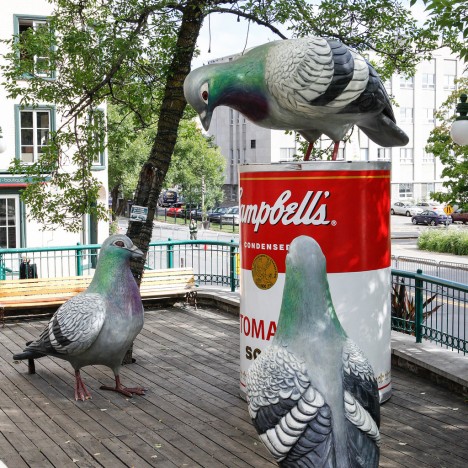 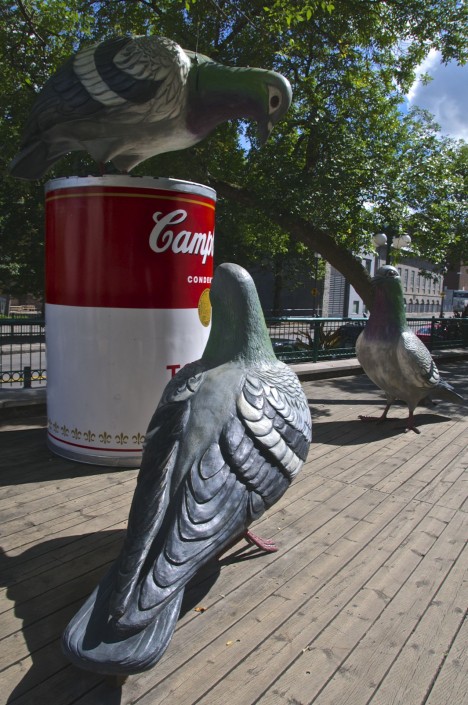 Flickr user Adam Foster snapped The Odyssey (L’Odyssée), a surrealistic outsized outdoor installation by artist Cooke-Sasseville, in Quebec City, Canada. To quote the artist, “A park is taken over by three over-sized pigeons with their eye on a can of Campbell soup. These birds look like they cannot figure out how to open the object or how much food it contains. A reference to pop art and Andy Warhol, the installation becomes a representation of the so-called hermeticism that brings criticism to contemporary art.” 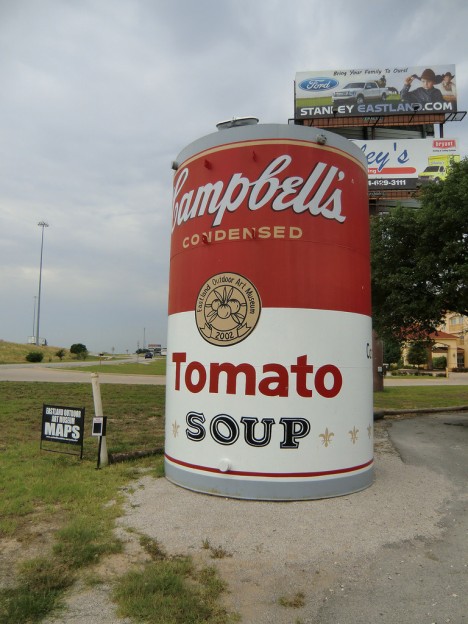 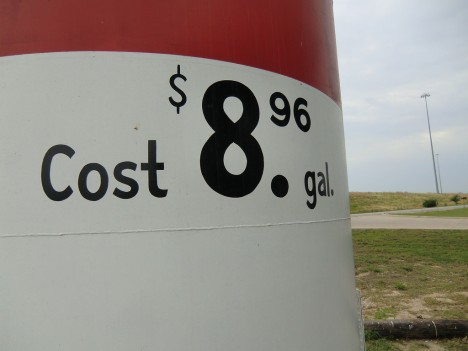 Flickr user Jon Fidler (dosbof) stumbled across a rather large Campbell’s Soup can while in the midst of a southwestern road trip back in 2012. The can is a feature attraction of the Eastland (Texas) Outdoor Art Museum and would appear to have been installed in 2002. Nice that the price per gallon is clearly marked; even nicer that cars and trucks don’t run on tomato soup. 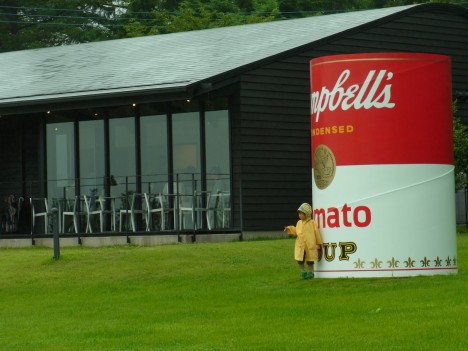 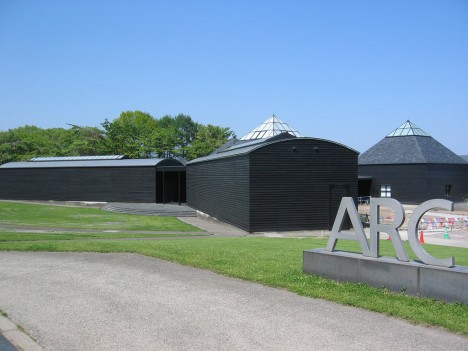 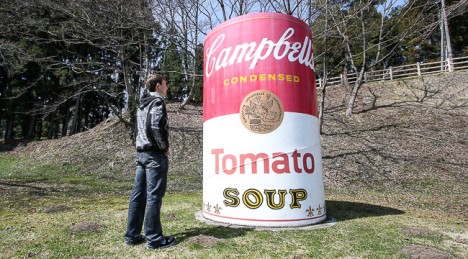 The Hara Museum ARC opened in 1988 as an annex to the Hara Museum of Contemporary Art in Tokyo, Japan. One of the museum’s more accessible exhibits is a soup-er-sized version of a Campbell’s Soup can – tomato, of course – set amongst the museum’s lushly landscaped grounds as a tribute to Andy Warhol. No word if tomato soup is served in the museum’s cafeteria.