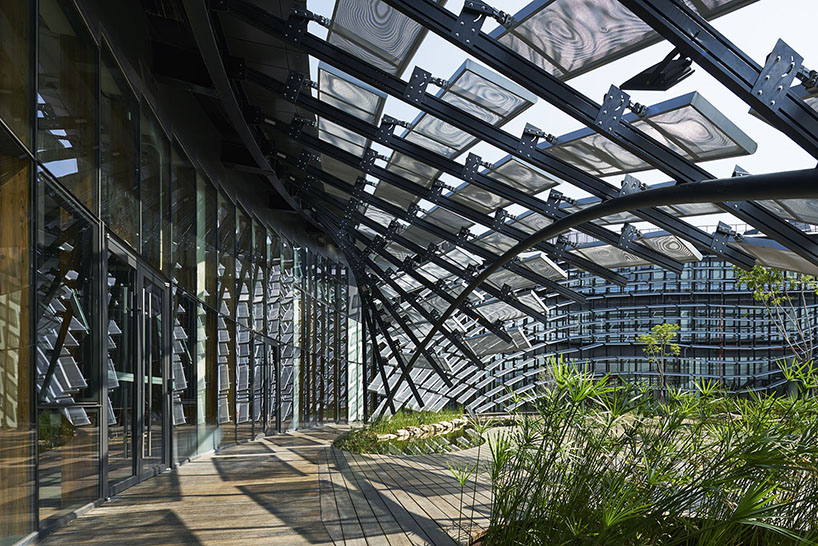 The word ‘facade’ implies illusion, and that can be true even when it’s used to refer to the faces of buildings, as secondary structures wrap around them like veils, obscuring their true form and creating dazzling displays of light and shadow like a distracting sleight of hand. Some facades disguise the original building in a form of low-impact renovation, while others are kinetic, opening and closing or rippling in the wind. 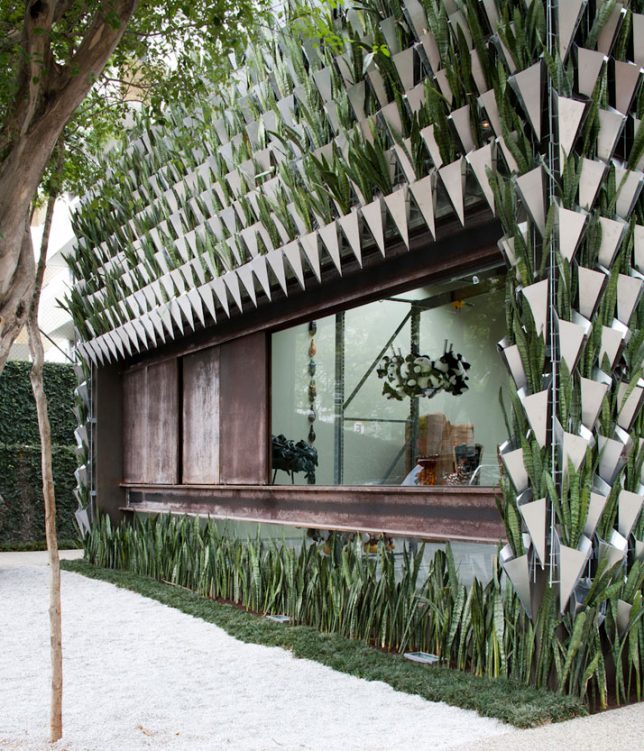 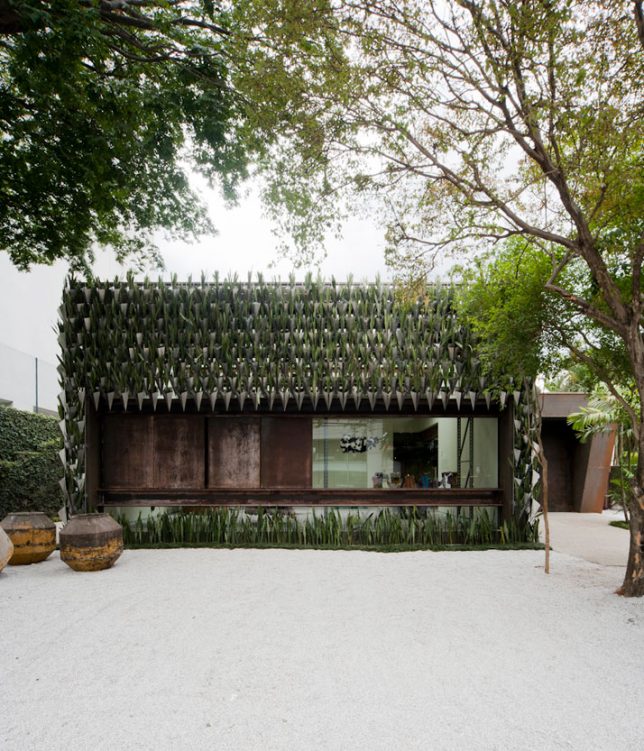 The exterior of the Firma Casa store in São Paulo, Brazil, which promotes young Brazilian furniture designers, gets an appropriately hip and modern look with the addition of a screen of geometric vases. 3,500 individual planters hold 9,000 seedlings and project slightly out from the exterior walls, keeping soil and water away from them for a relatively low-impact and low-budget green wall solution. 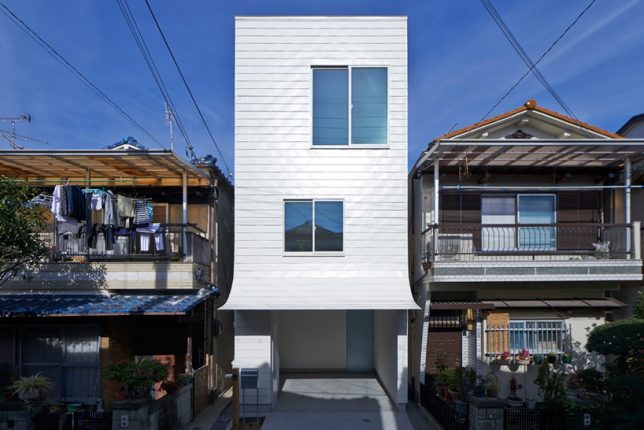 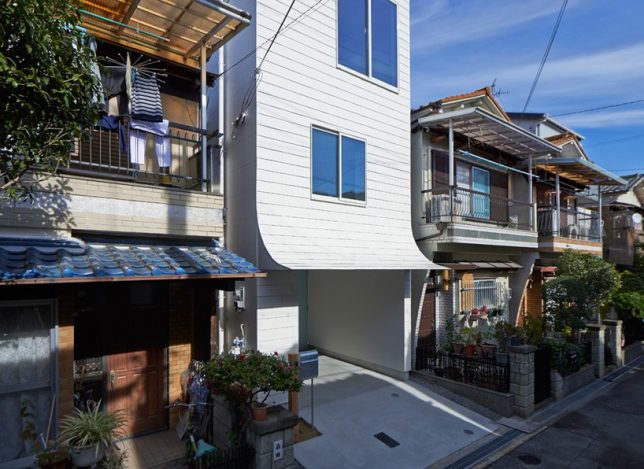 Incredibly simple, yet unusual enough to stop you in your tracks on the street, this facade uses ordinary materials with an unexpected twist. Tokyo-based studio Ninkipen! made this contemporary white home stand out from its neighbors with a peeling facade that rolls up slightly from the ground level to create an awning for the garage. 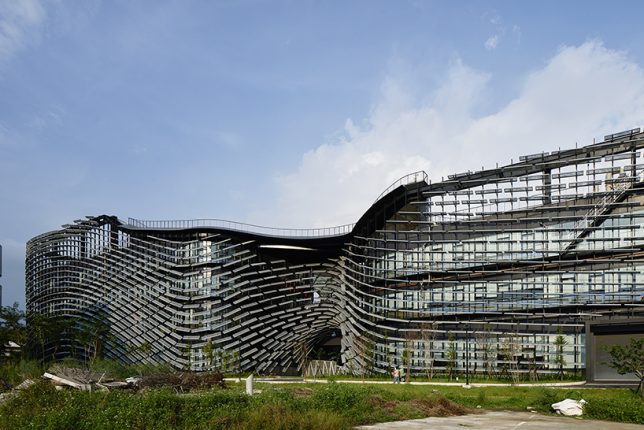 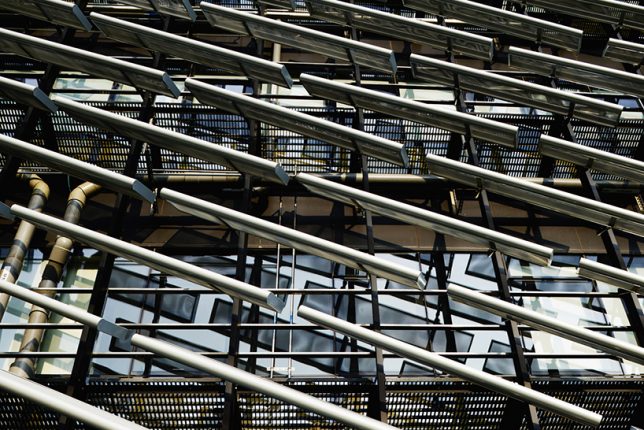 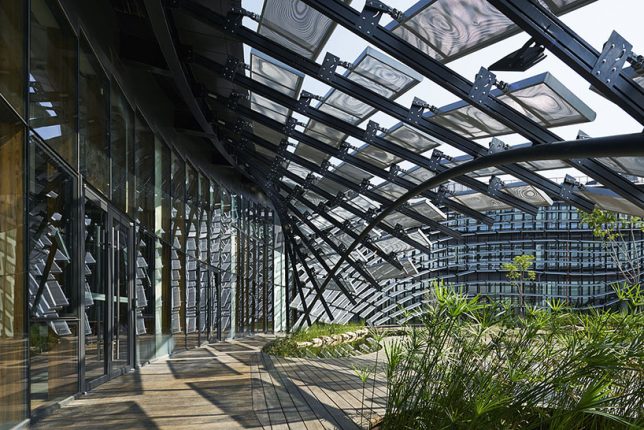 The angled steel fins enveloping the Industrial Technology Research Institute at the Central Taiwan Innovation & Research Park is intended to recall the look of a school of fish swimming in synchronicity. Noiz Architects customized the opacity of the screen according to the function going on inside each particular area of the building, since some research areas, exhibition spaces, greenhouses, cafes and other programs require different degrees of sunlight. This veil-like screen is separate from the building itself, making for easy repairs and additions and occasionally stretching out to create indoor/outdoor spaces. 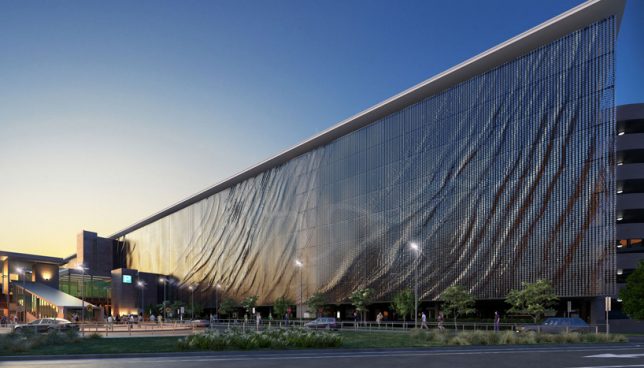 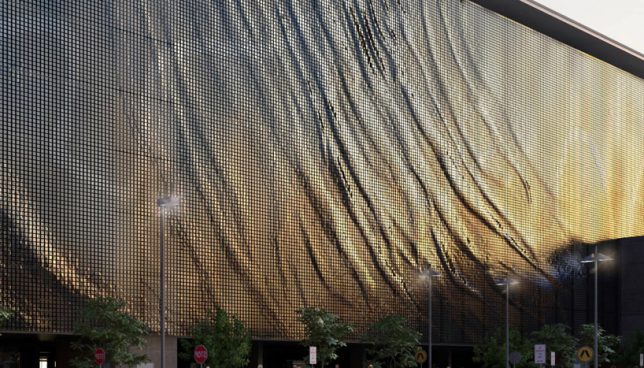 118,000 suspended aluminum panels gently flap in the wind, creating textures reminiscent of flowing textiles and rippling water. Designed by artist Ned Kahn and fixed to the exterior of the Brisbane Airport parking garage in Australia, the kinetic facade reacts to its natural environment, constantly changing as it provides shade and ventilation for the interior.

Perforated Shutters on a Concrete Home 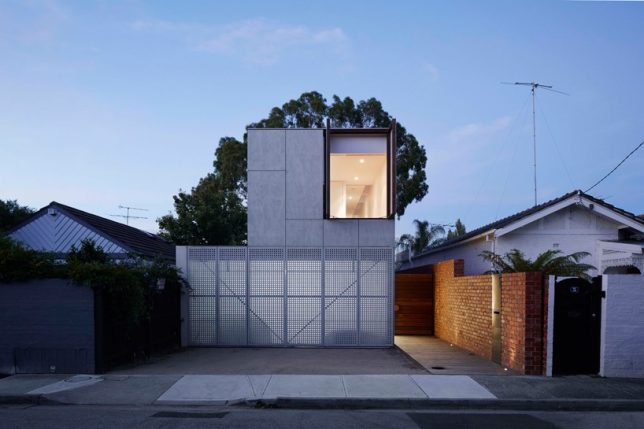 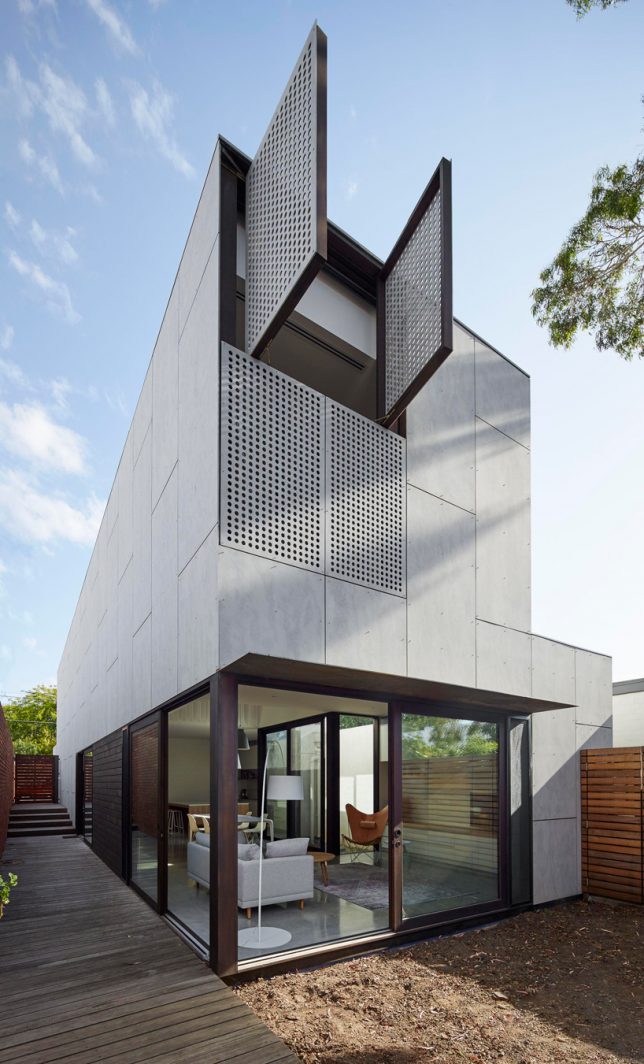 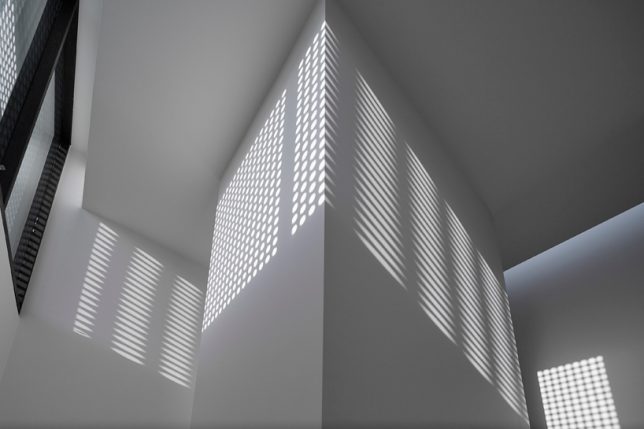 All street-facing and neighbor-visible windows on the ‘May Grove’ residence in Melbourne by Jackson Clements Burrows can be covered with perforated shutters integrated right into the facade, or opened when the inhabitants want a clear view. Not only do they control ventilation and privacy for this low-cost modern home, they create a play of light and shadow throughout the interior during the day.