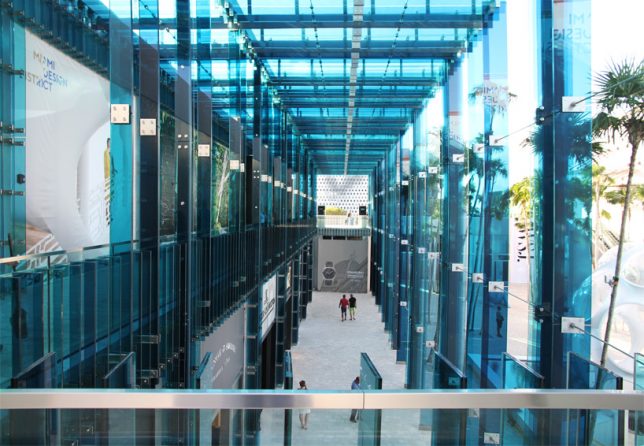 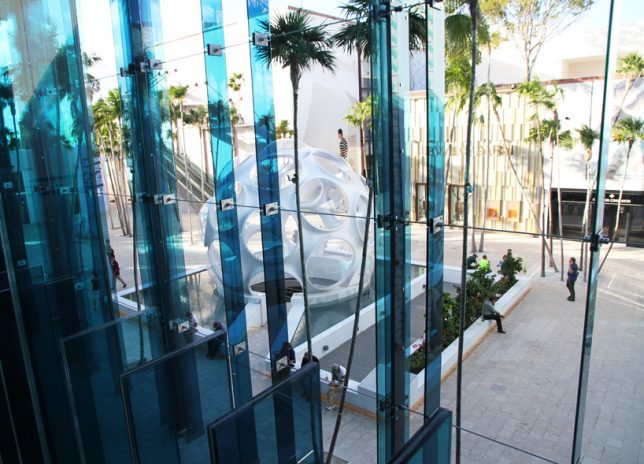 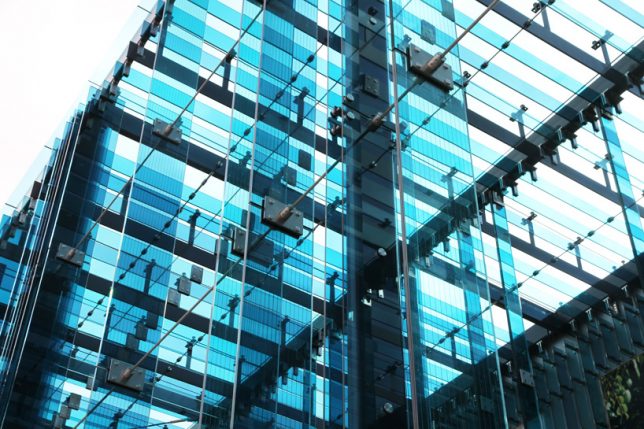 The Miami Design District with all of its high-end shops got a (literally) cool new look courtesy of Japanese designer Sou Fujimoto, a facade of blue-tinted glass fins that cast oceanic splashes of light all over the walkways while also creating shade. Sitting adjacent to Buckminster Fuller’s 24-foot ‘Fly’s Eye’ dome, the facade is held together by a minimal steel system that makes it look light and airy. 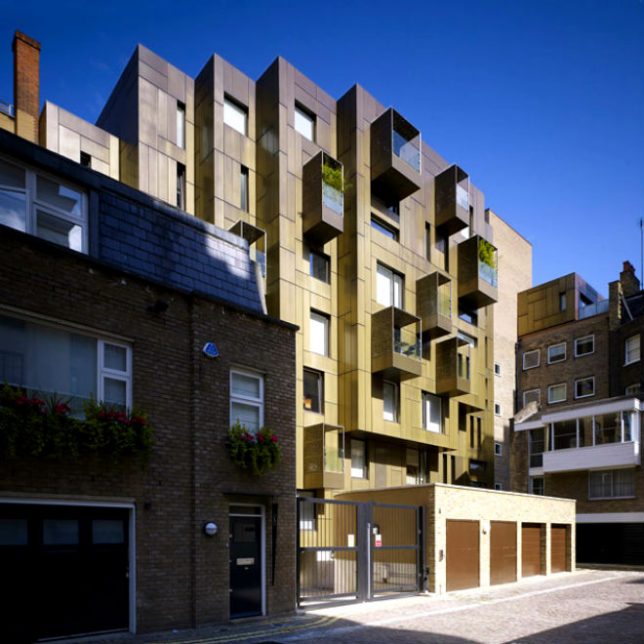 A boring old block in Fitzrovia, UK needed a facelift, but few people living nearby would have anticipated this shimmering result. Make Architects maximized the existing six-floor property to create twelve new luxury apartments, adding a brass-clad facade to the rear of the building full of projecting balconies and perforated screens. A darker and more subtle alloy of the same brass covers the front of the building. 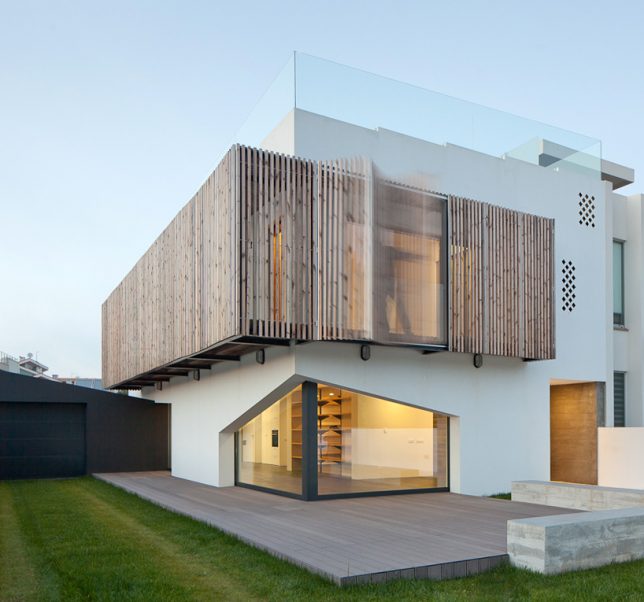 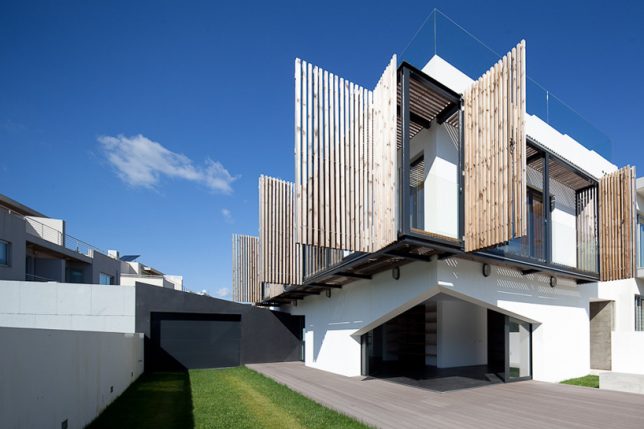 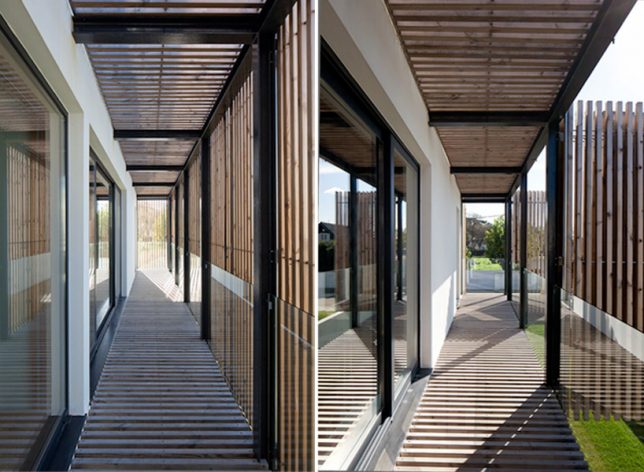 Exposed to the harsh sun and heat of the Portuguese climate, the second level of this modern home in Miramar could have become like a solar oven. To regulate the temperature and create shade, e|348 Arquitectura added an exterior balcony that wraps around three sides of the home and covered it in operable wooden louvers that not only screen the glass, but add visual interest to the monolithic white volume. 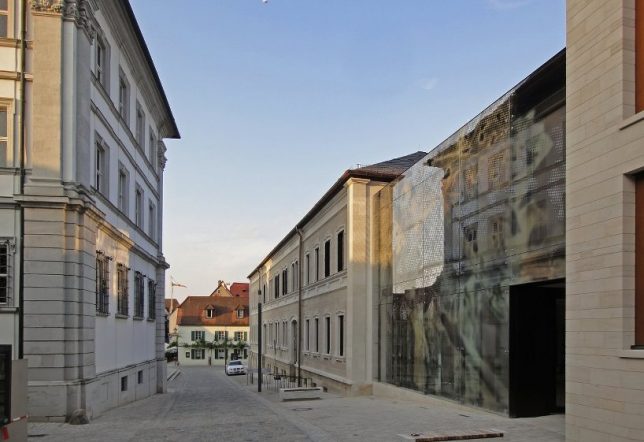 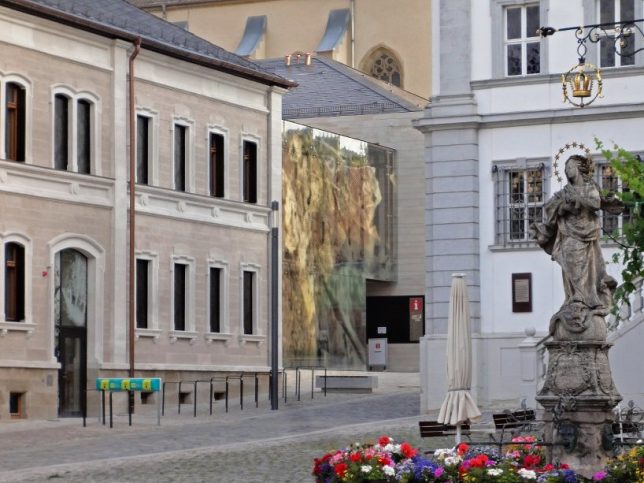 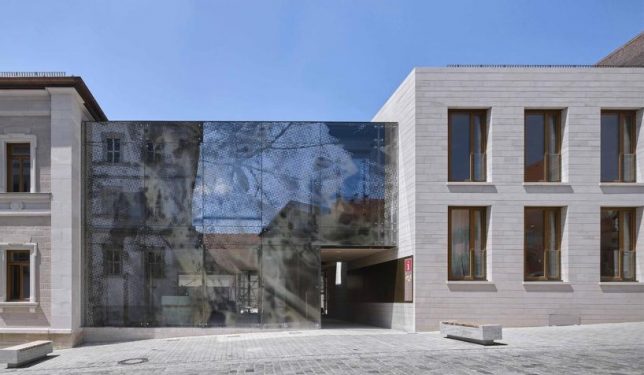 Connecting a historic schoolhouse to its new extension, this glass facade by artist Reiner John in the medieval city of Iphofen, Germany reflects the surrounding architecture while also standing as a work of art in its own right. The mirrored surfaces of the tiles making up the facade are coated in a pixelated pattern in subtly printed colors for an ephemeral result that shifts depending on the angle of the sun.

Colorful Shifting Facade on a Hospital 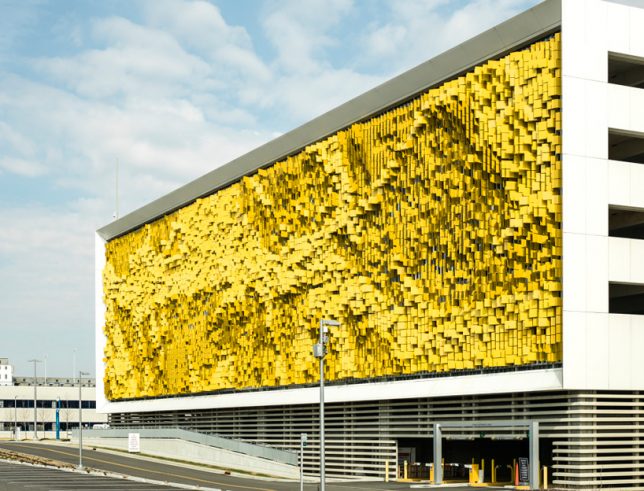 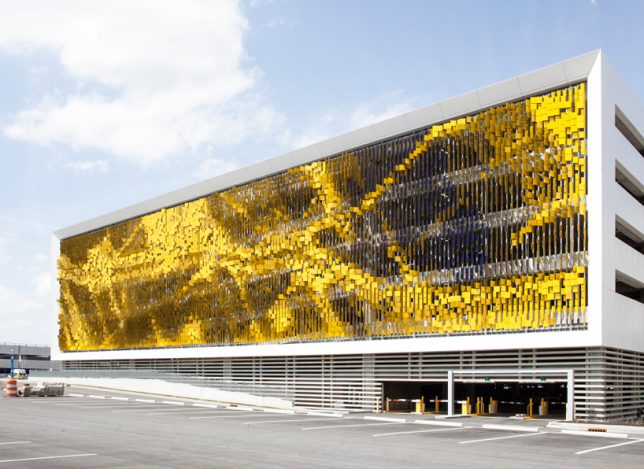 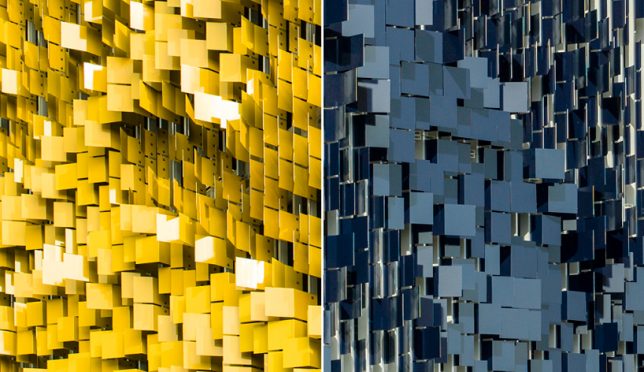 Another parking structure, this one outside Eskenazi Hospital in Indianapolis, gets the kinetic treatment with a screen of 7,000 articulated mesh panels by Rob Ley of Urbana. Each is painted black on one side and yellow on the other so the overall effect looks entirely different depending on whether you’re viewing it from the east or the west.