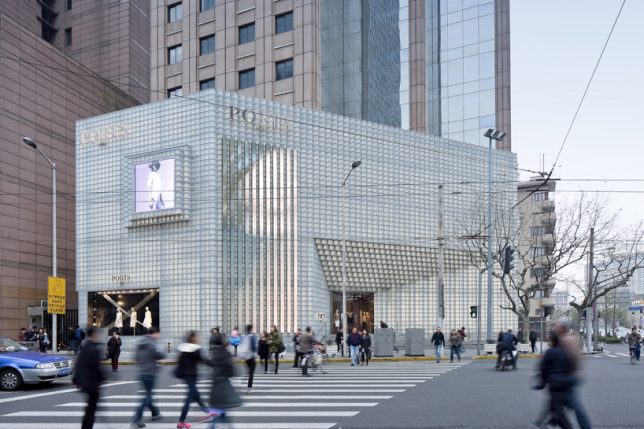 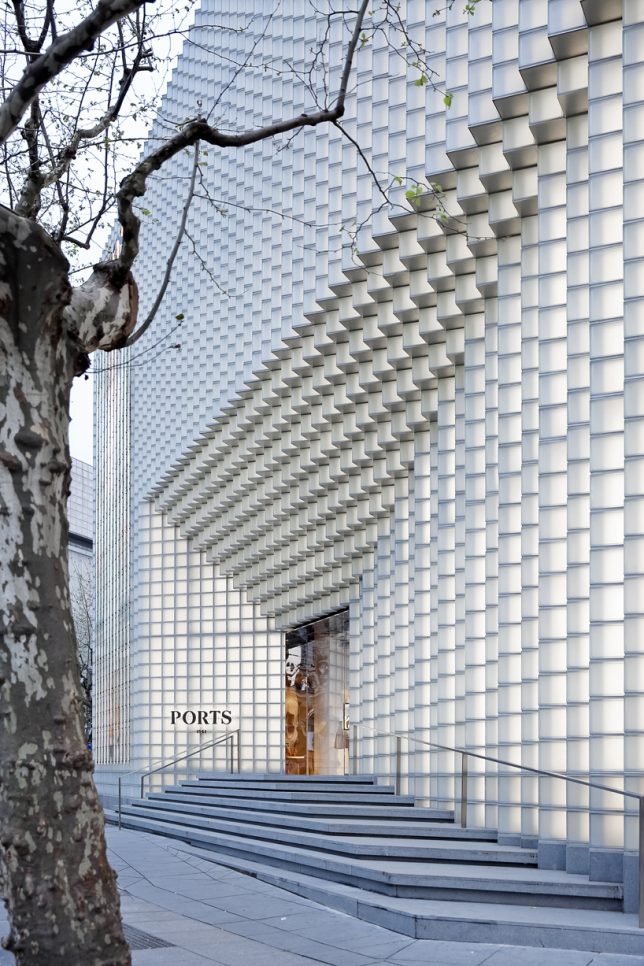 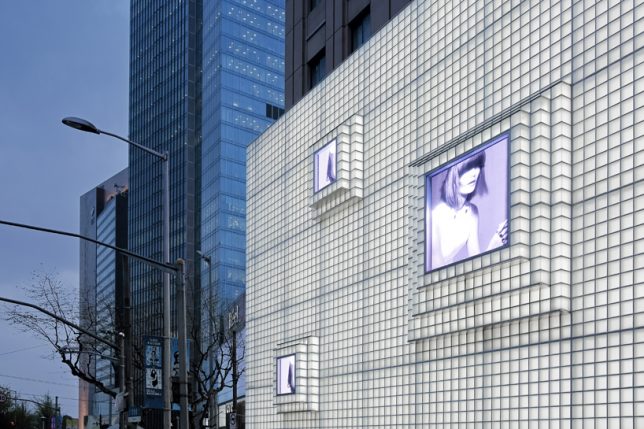 Inspired by an iceberg that’s floating freely in the ocean, the glass block facade of the flagship Ports 1961 store in Shanghai’s commercial district is translucent yet solid, its icy qualities even more apparent at night as it’s illuminated from within. Designed by Canadian studio UUfie, the cladding reflects the sunlight during the day, while LED lights embedded in the glass put on a show after dark. 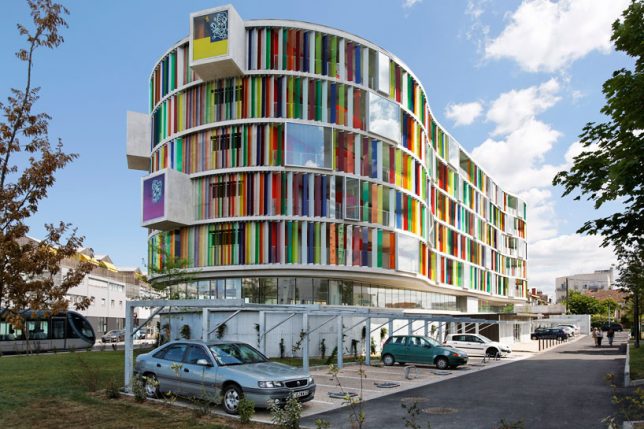 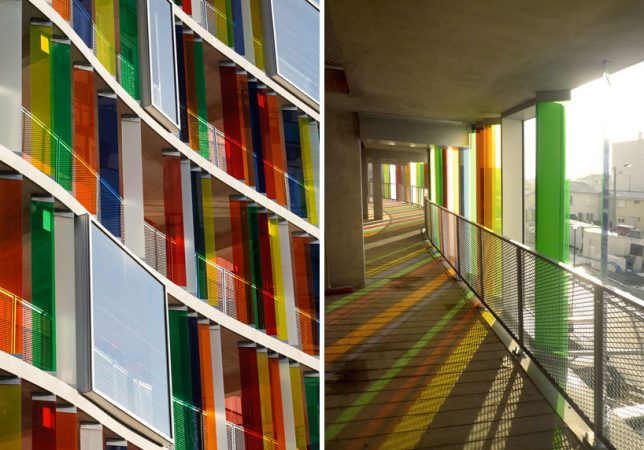 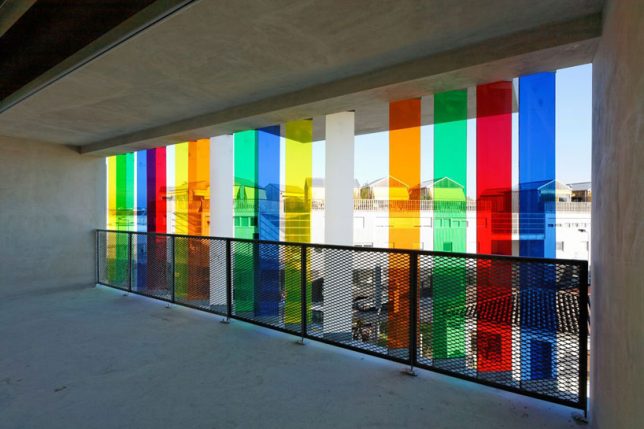 Rainbow louvers bring lots of vivid color to the outside and inside of a French apartment building. Designed by Bernard Bühler, ‘Arc en Ciel’ shades the curving exterior hallways that serve as interior circulation for the apartments with these bright panels, which are periodically interrupted by projecting volumes that serve as extensions to the terrace. 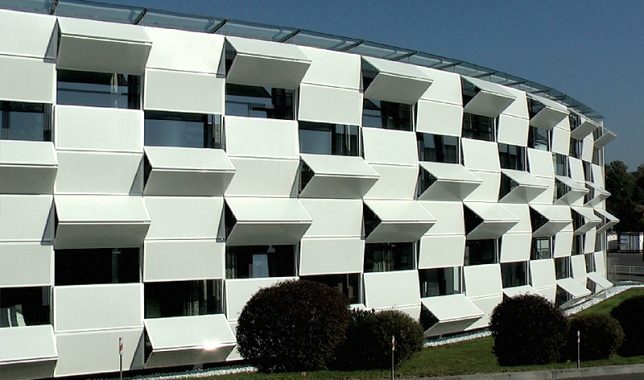 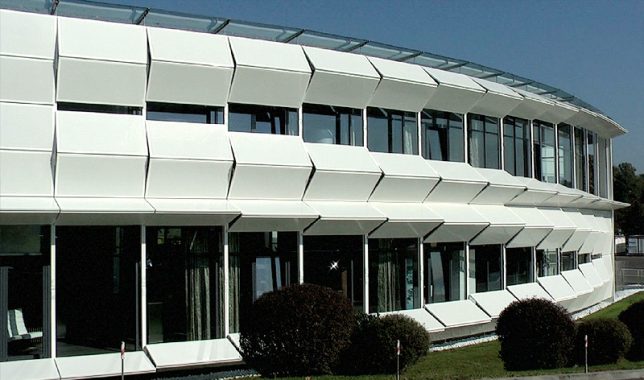 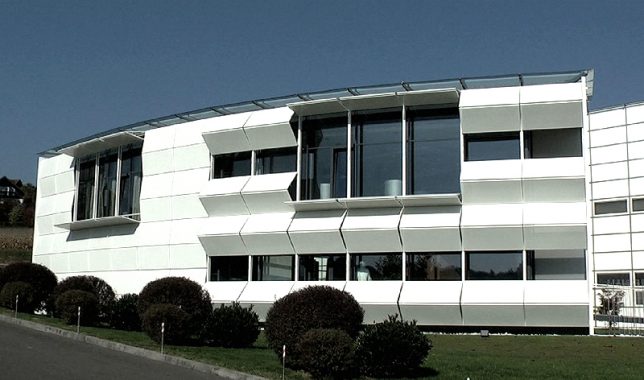 The appearance of the Kiefer Technic Showroom in Styria, Austria rarely looks exactly the same way twice, its network of windows shifting in apparently random patterns. Architecture firm Ernst Giselbrecht + Partner wanted to add movement and an element of surprise to what would normally be a very strictly defined exterior with fixed architectural elements. Every hour, the building shows a new ‘face,’ making it a sort of oversized dynamic sculpture. 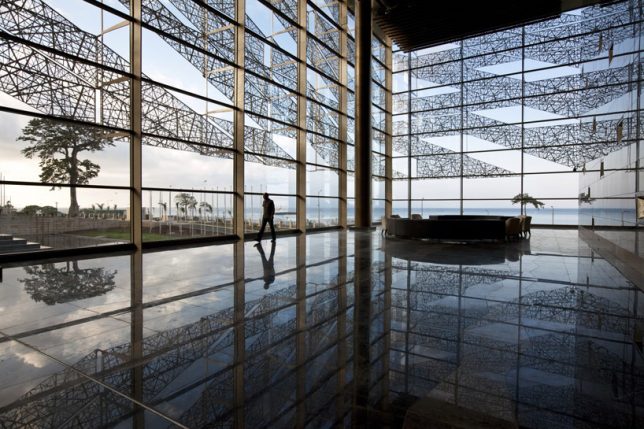 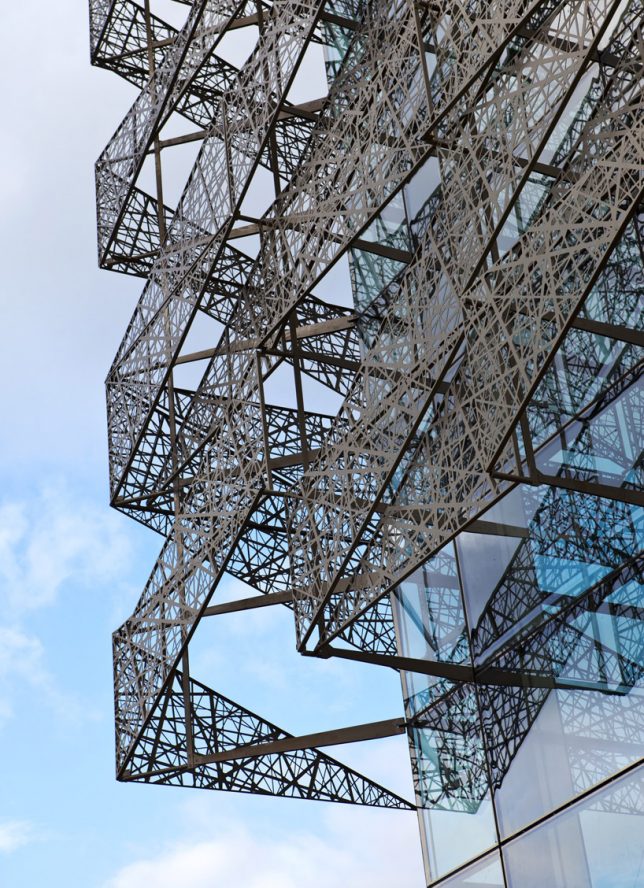 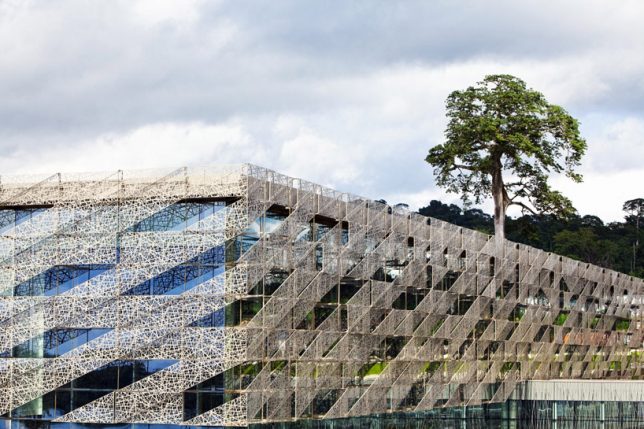 A sculptural metal mesh enshrouds the glass of the Sipopo Congress Center in Equatorial Guinea, creating a protective veil that filters views of the adjacent bay and forests as well as the direct sun. The bronze metal takes on the color of the tree trunks, its placement dictated by the orientation of the building.