Faces in the Walls by Blu 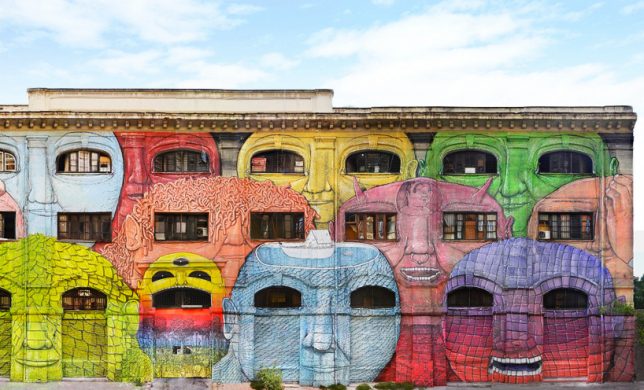 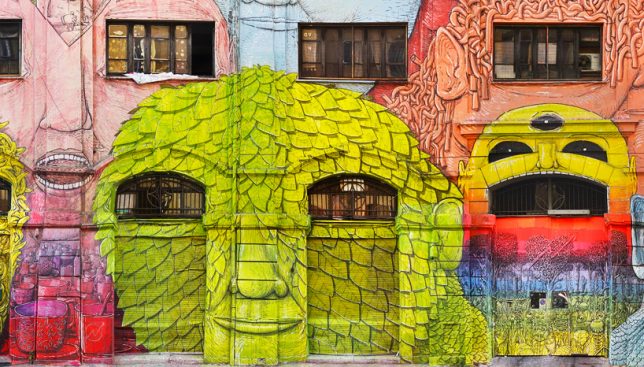 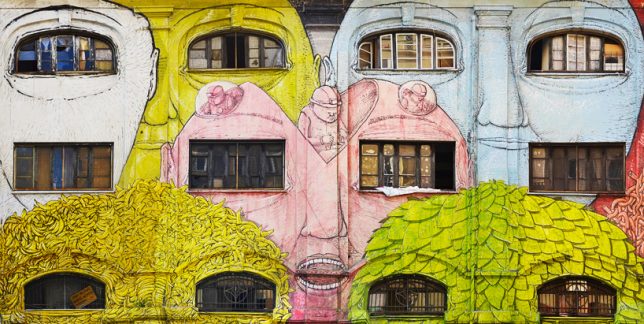 Are you the type who anthropomorphizes just about any object, seeing faces in trees, cars and buildings? Artist ‘Blu’ is here to make those faces spring to life, adding details that render windows and other architectural elements into eyes, noses and mouths. 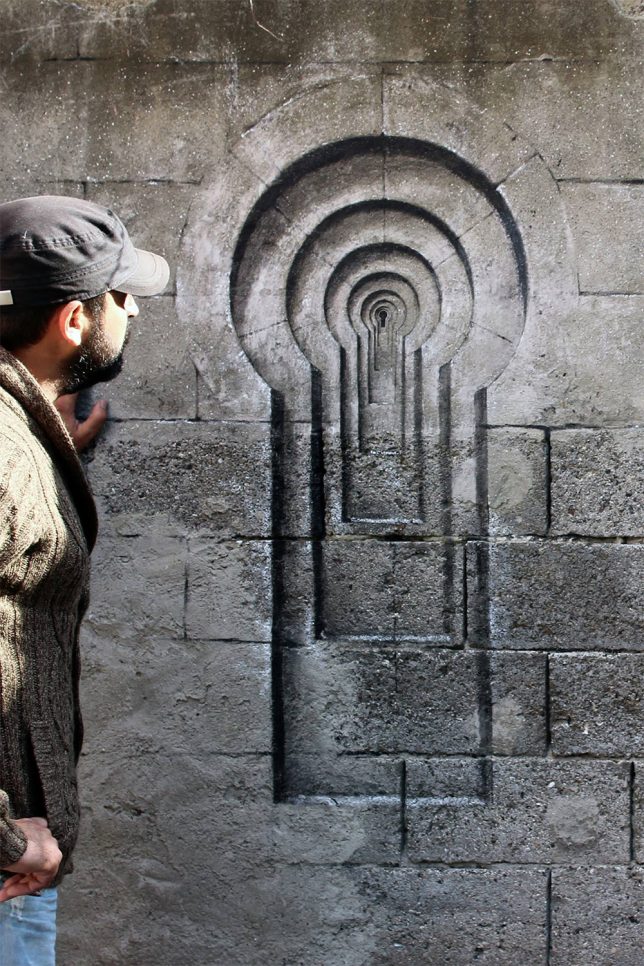 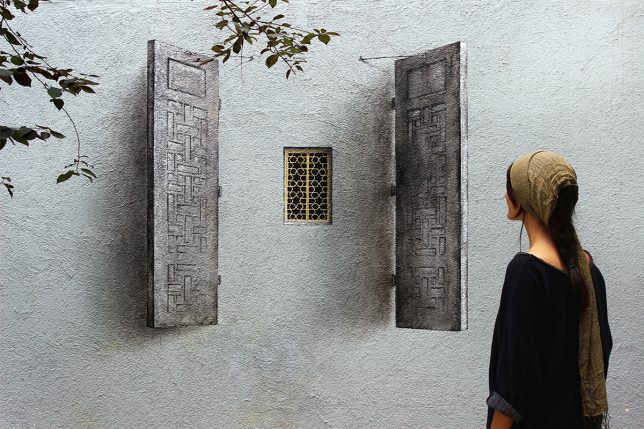 Plain old walls continue to get a lot more interesting and mysterious as Pejac adds his own architectural elements to them, like a keyhole that recedes into a cement brick wall and a tiny ornate window with oversized decorative shutters. 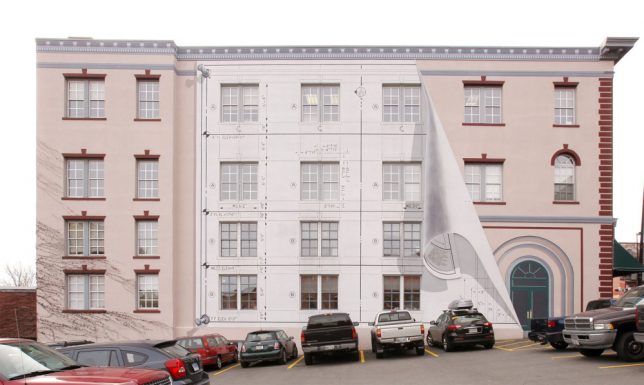 The building was demolished years ago, but ‘The Blueprint’ mural that adorned its facade for 30 years in Portland, Maine lingers on in photographic form and in the memories of everyone who saw it. Artist Chris Denison created the work for the building’s previous owner back in 1986.

Nature in the City by Collin van der Sluijs 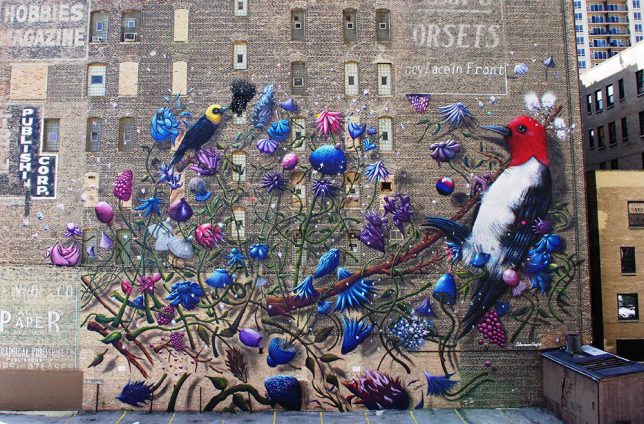 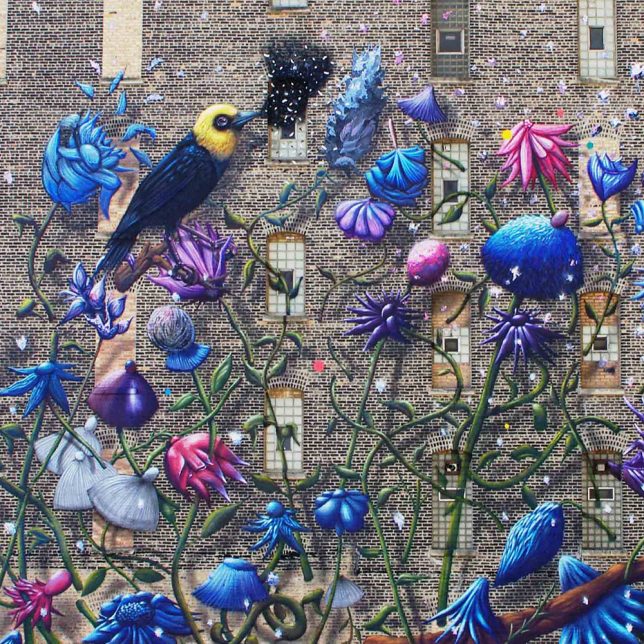 A pair of endangered Illinois birds flourish along with a profusion of plant life on a brick facade in Chicago. ‘Luctor Et Emergo’ by Dutch artist Collin van der Slujis is part of the city’s Wabash Arts Corridor.