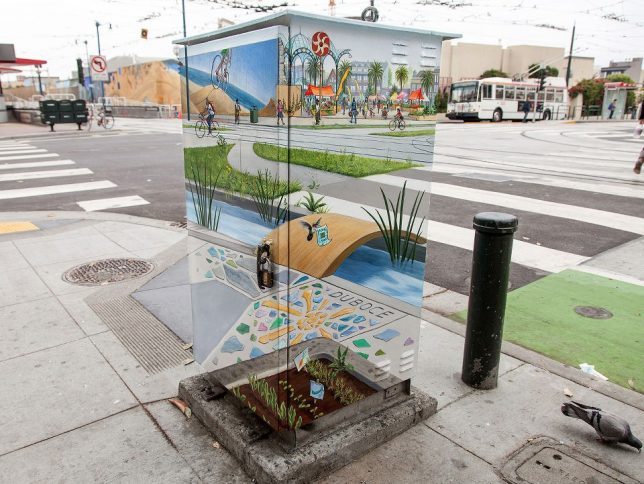 An ugly utility box all but disappears in this fun example of creative urban camouflage. Artist Mona Caron was commissioned by the San Francisco Municipal Transportation Agency to create ‘Manifestation Station’ at the intersection of Church St. and Duboce Ave, adding surreal elements to the streetscape. 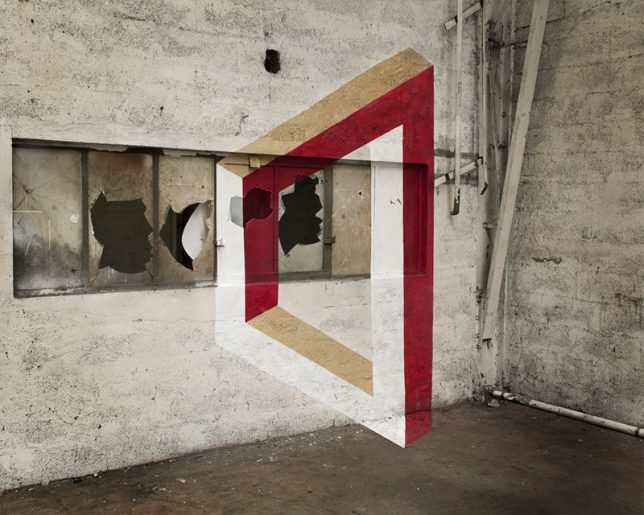 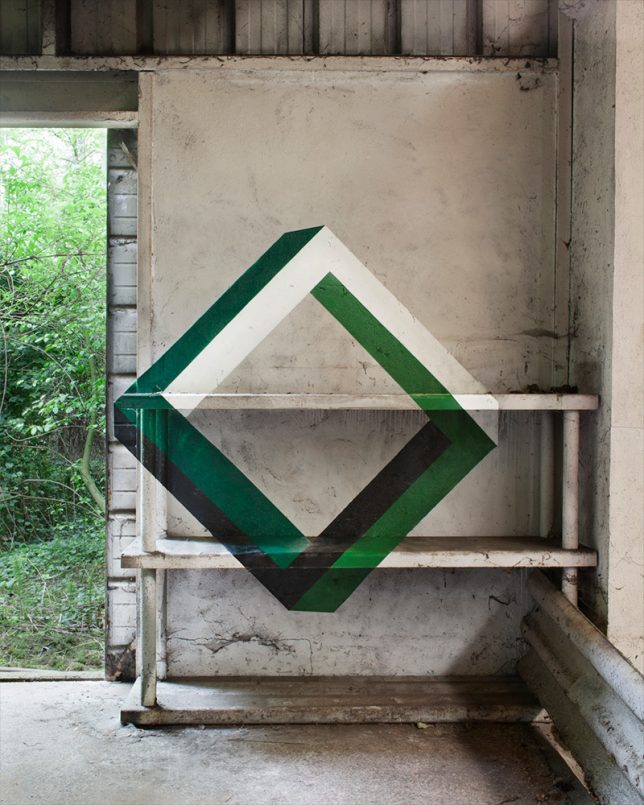 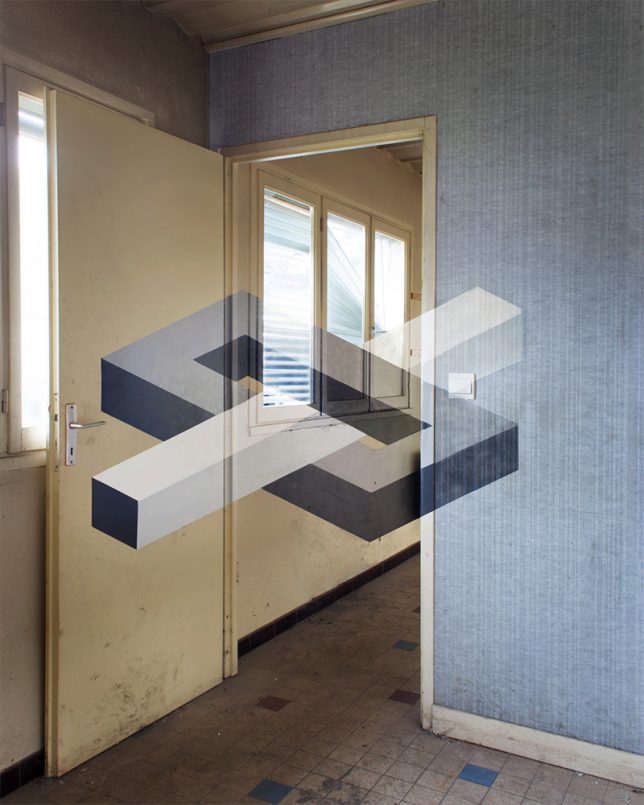 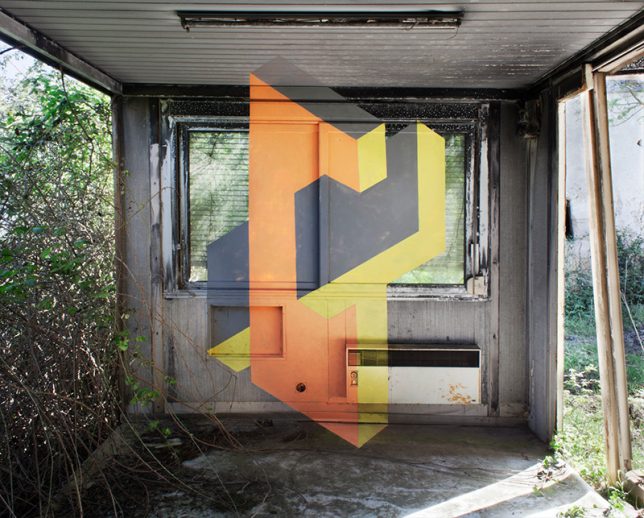 Geometric shapes seem to hover in midair, projected onto all sorts of urban surfaces, but particularly striking against the mouldering walls of abandoned buildings. Fanette Guilloud’s series Géométrie de l’impossible used anamorphic painting methods to make the shapes look 3D, painting onto multiple objects or surfaces at multiple angles in a way that only comes together from a certain perspective. 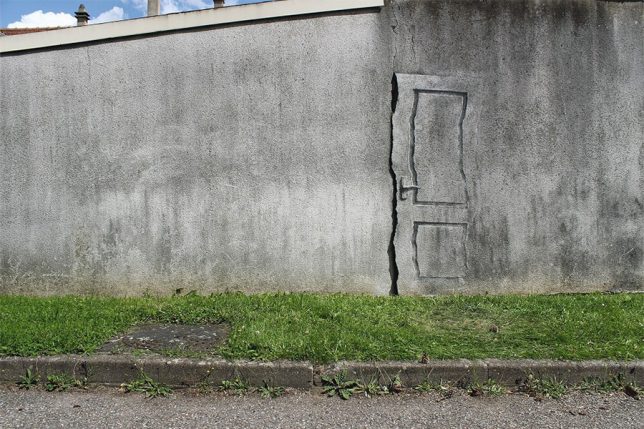 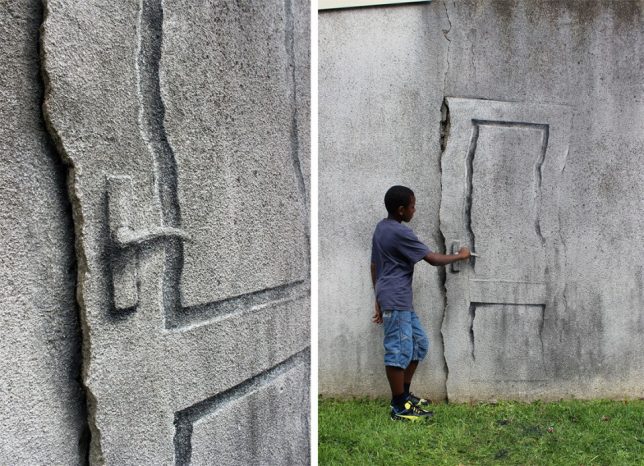 Muralist Pejac spotted a real crack in the concrete of an urban wall in Paris and envisioned it as an opening to another place, albeit one you’d break your fingernails attempting to pry open. A distorted door only partially emerges from the wall, implying that only certain people can access whatever is behind it.

Walking on Walls by Strøk 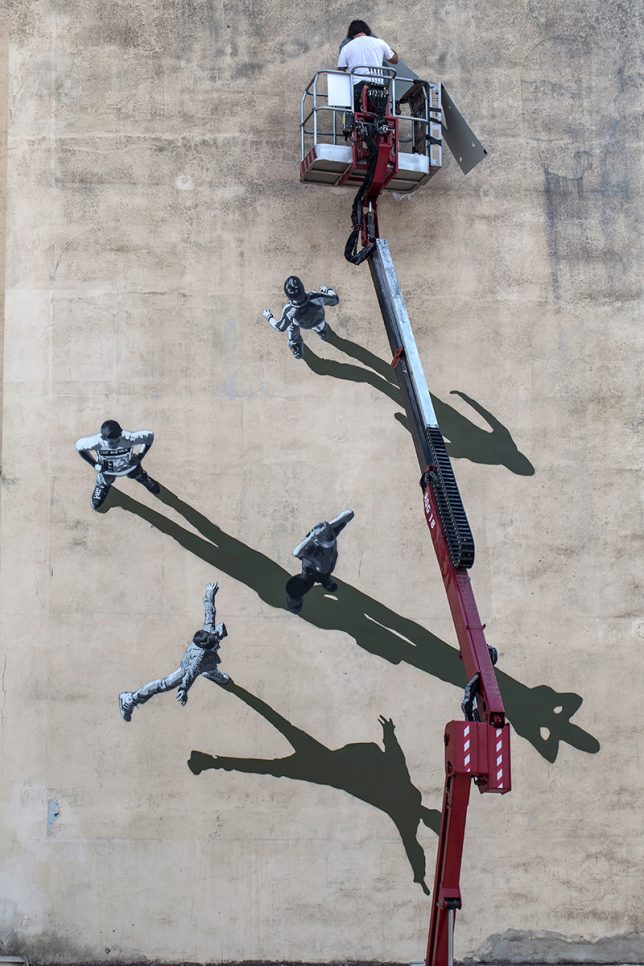 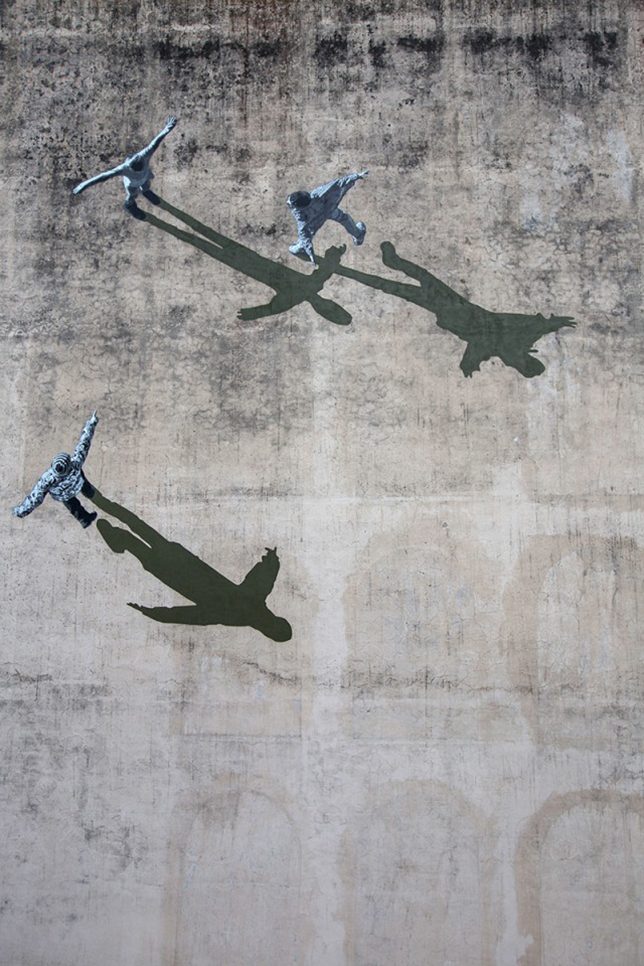 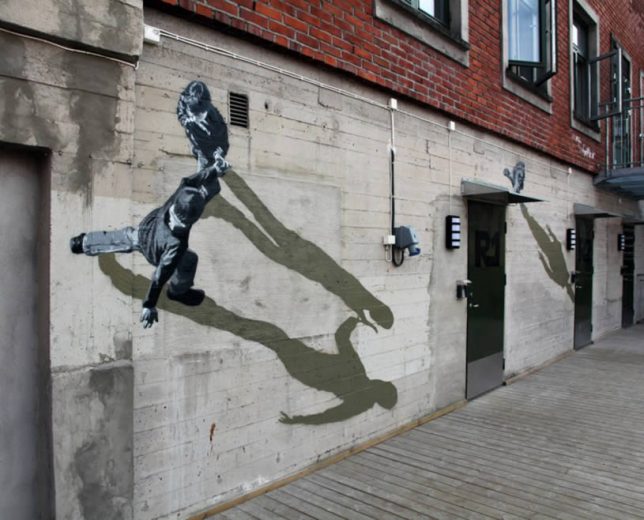 At first glance, it looks like there really are people walking on vertical surfaces, their long shadows stretching across the facades of buildings. Artist Strøk (Anders Gjennestad) positioned some of these figures on the exterior of an old school in Italy for the Memorie Urbane street festival. Naturally, the illusion is most convincing when the sun is at the right angle in the sky.