Optical illusion art brings a bit of magic to the streets, using paint, paste-ups or photographic tiles to transform urban surfaces into massive sinkholes, bizarre portals and mysterious doors offering entrance to places unknown. Three-dimensional objects seem to float in midair, people walk across vertical surfaces and entire buildings seem to be melting beneath the sun in these fun works of large-scale urban art. 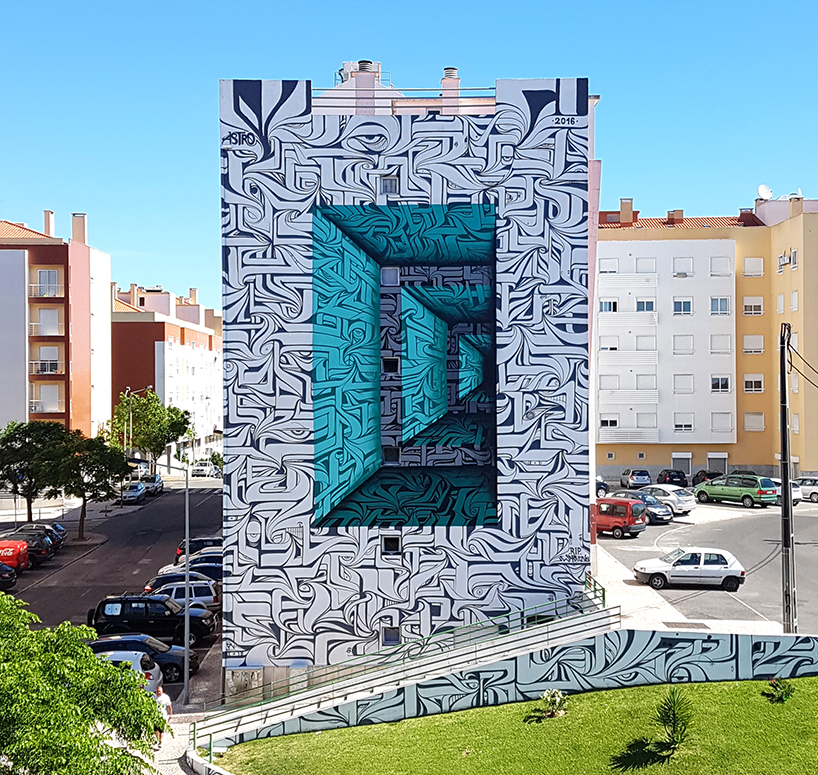 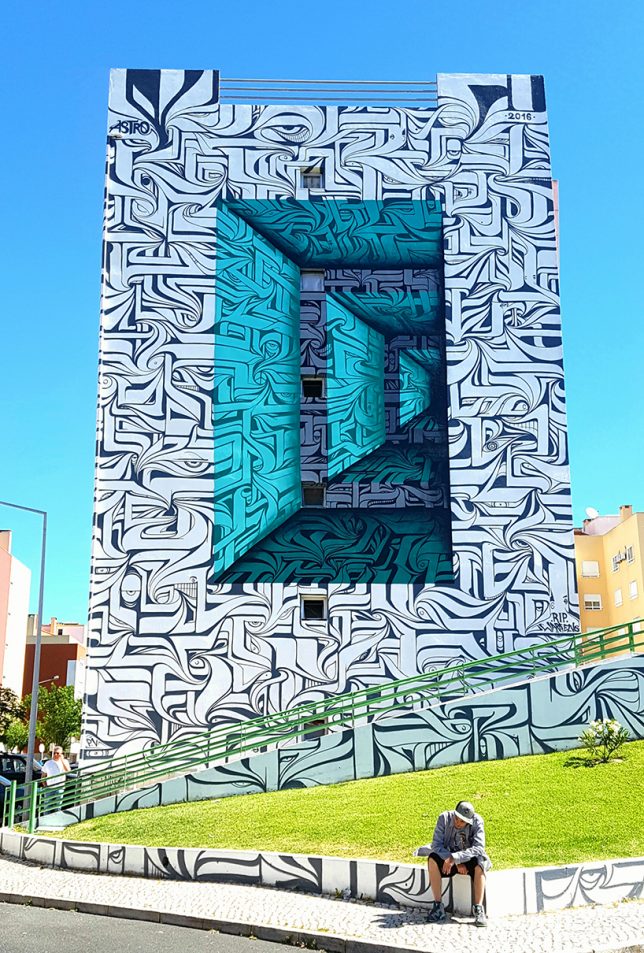 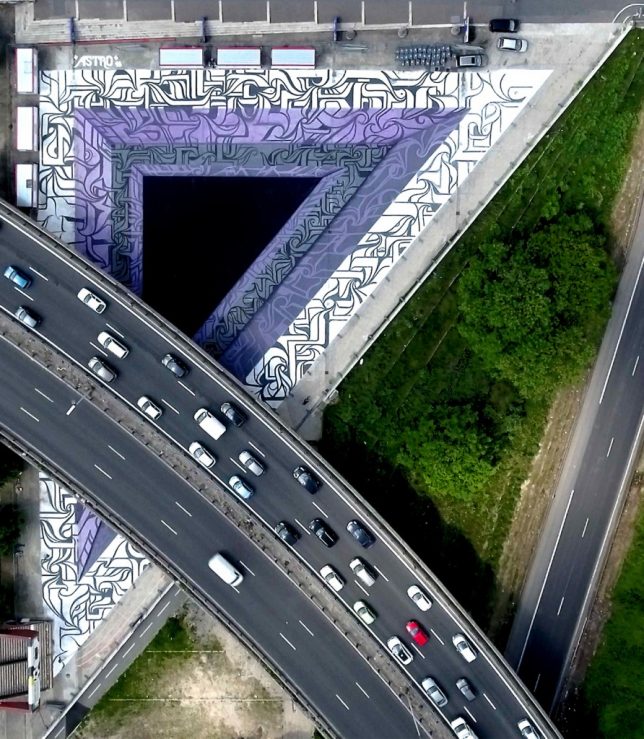 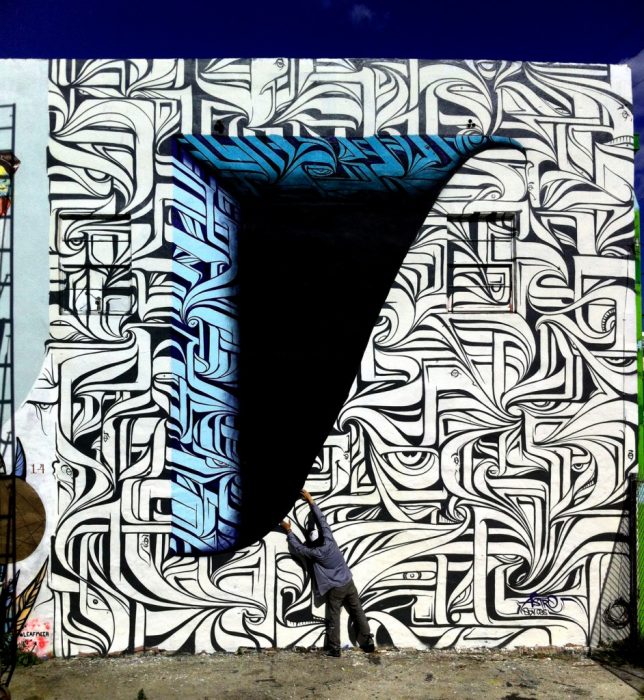 A huge, boring side wall of an apartment building in Loures, Portugal just got a lot more fun to look at with the addition of a massive optical illusion mural by the street artist ‘Astro,’ who made it seem like a blue abyss. The artist has completed similar illusions in other spots, like a patch of concrete beneath an overpass. 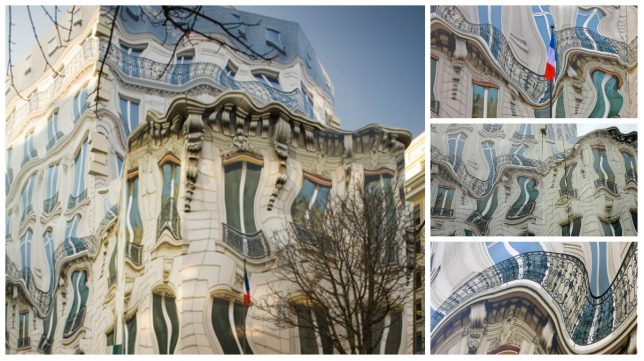 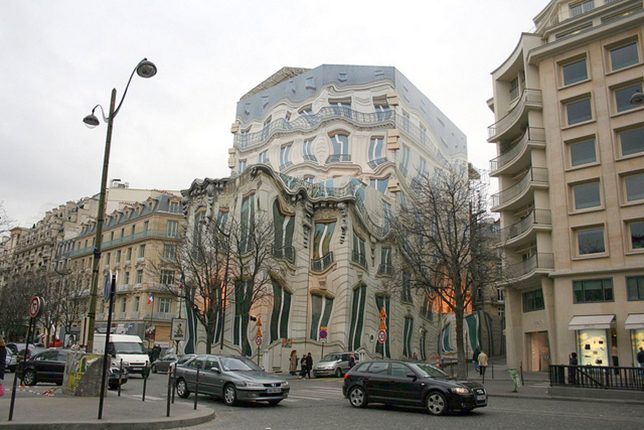 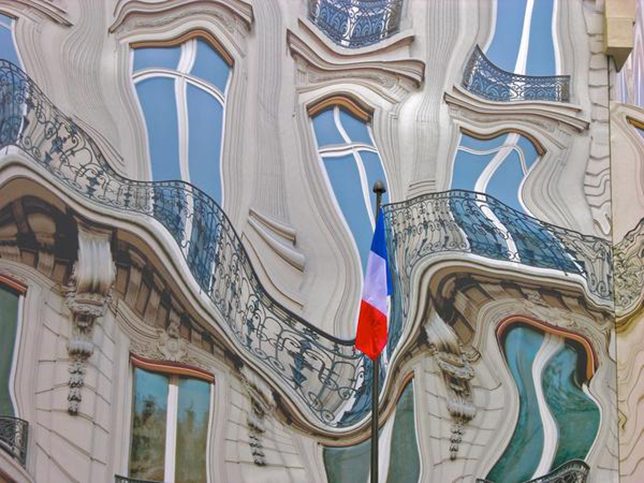 A mural added to the entire exterior of a building in France makes it look as if the structure is melting like a Dali clock. Imagine walking down an alley while under the influence and then looking up to see this. It’s disconcerting enough as it is.

Mind Your Step by Erik Johansson 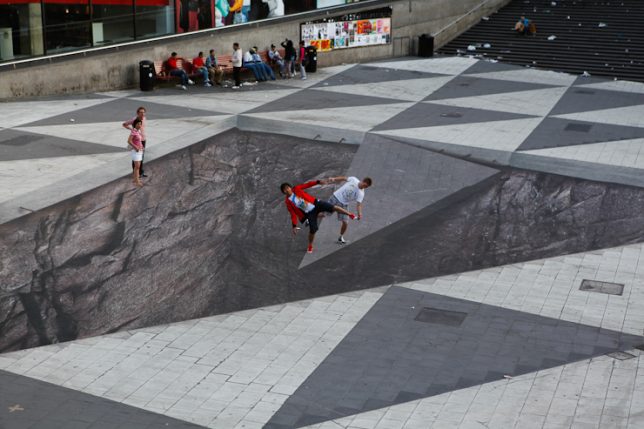 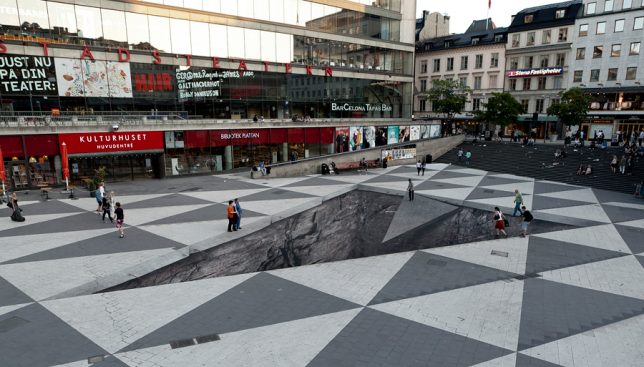 Pedestrians crossing Stockholm’s Sergels torg square either dangle dangerously close to a giant sinkhole or appear to miraculously walk right over it while interacting with an amazing street art illusion by artist Erik Johansson. ‘Mind Your Step’ was created off-site and assembled using large printed sheets, with a yellow platform indicating where passersby should stand to make the illusion come together. 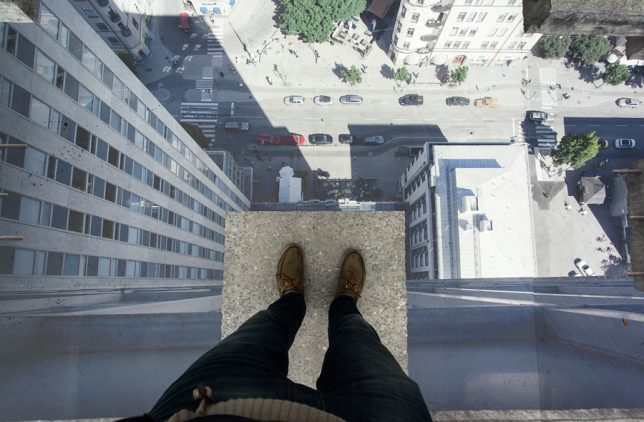 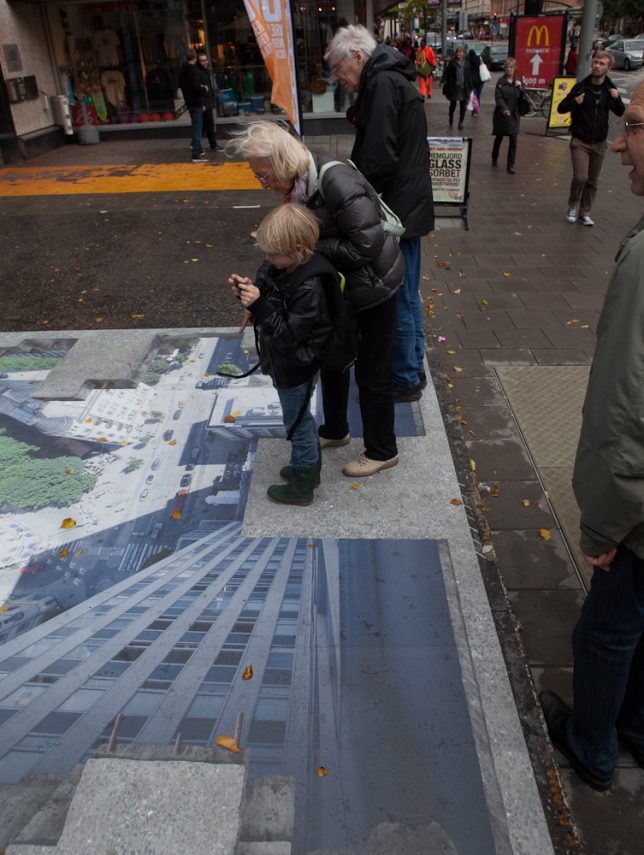 Equally fun is Johansson’s ‘Skrapan Illusion,’ commissioned in the summer of 2012 for a Stockholm shopping center. The artist’s rendering of a city as seen from a perilously high vantage point is so realistic, you could get a bit of vertigo standing on the ‘edge.’ 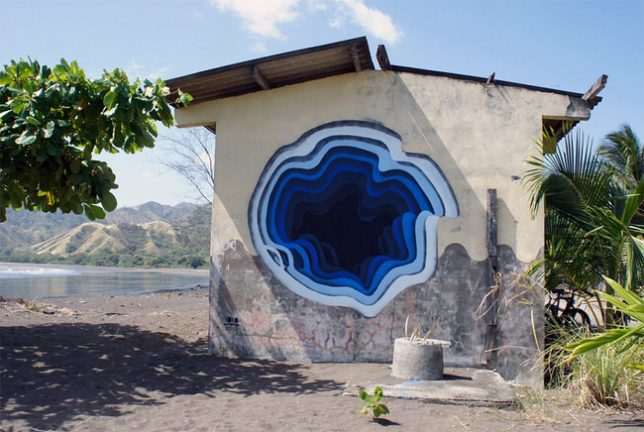 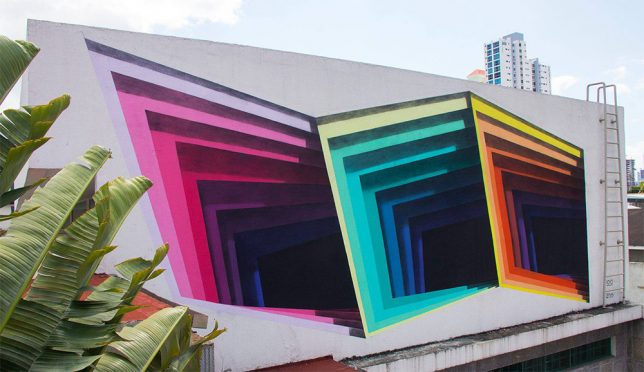 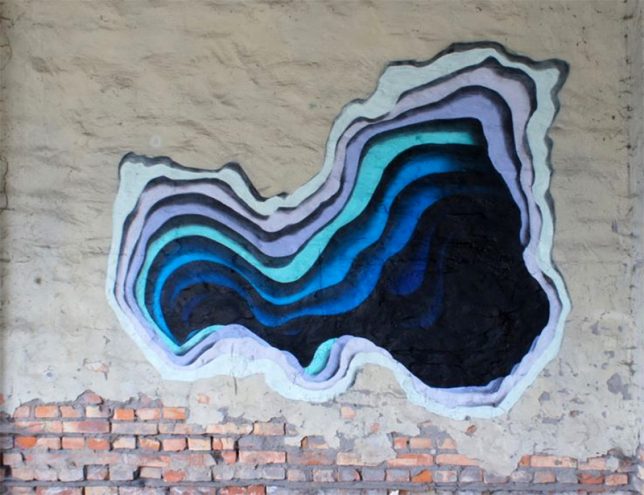 Surprisingly colorful inner layers of exterior walls seem to have been peeled away to reveal the pitch blackness inside, making it seem as if each building contains some kind of intriguing mystery. Germany-based street artist 1010 started with small framed paper cuts and then realized he could achieve the same effect with paint on a large scale. “I call them holes, abyss, passage or portals, names that leave enough space for interpretation and projection for the viewer.”