The Olympic symbol consisting of five interlinked circles is stretched out and rotated until the links create a three-dimensional double helix formation in this bridge design, which is scheduled to become reality in Beijing in time for the Olympic Winter Games in 2022. China has already made it clear that it’s willing to go big when it comes to Olympic architecture, filling Beijing with a series of massive structures for the 2008 Summer Olympics, and it aims to make its next turn hosting just as memorable. The San Shan Bridge (3 Mountains Bridge) by architecture firm Penda will connect Beijing with the city of Zhangjiakou, where most of the outdoor events for the Games will take place. 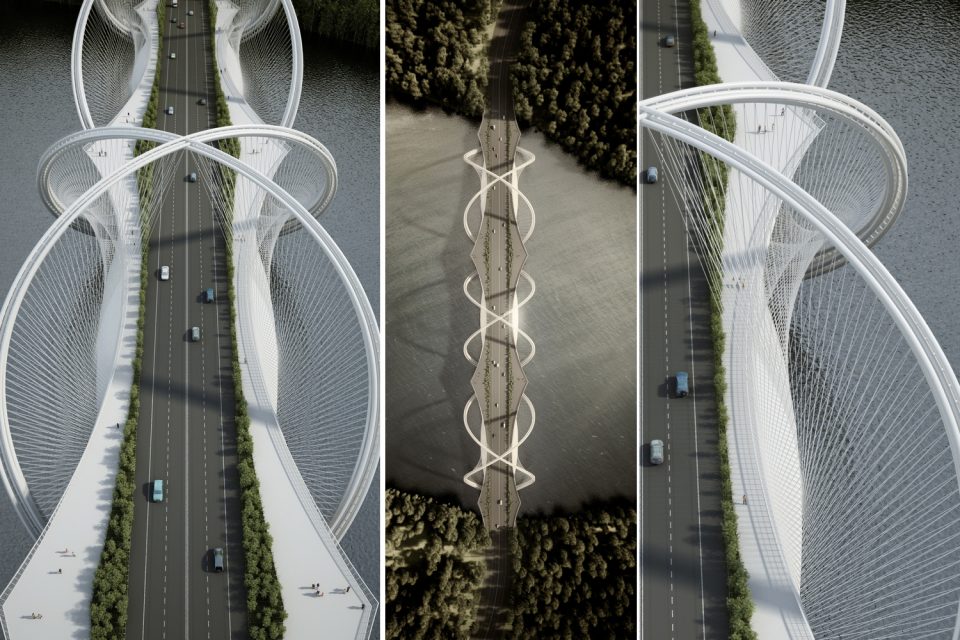 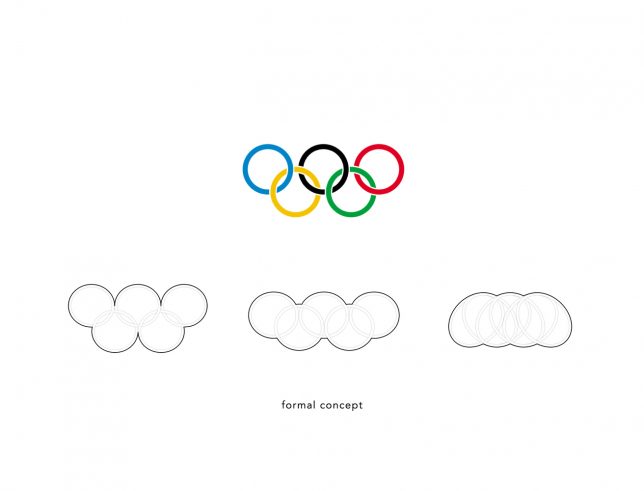 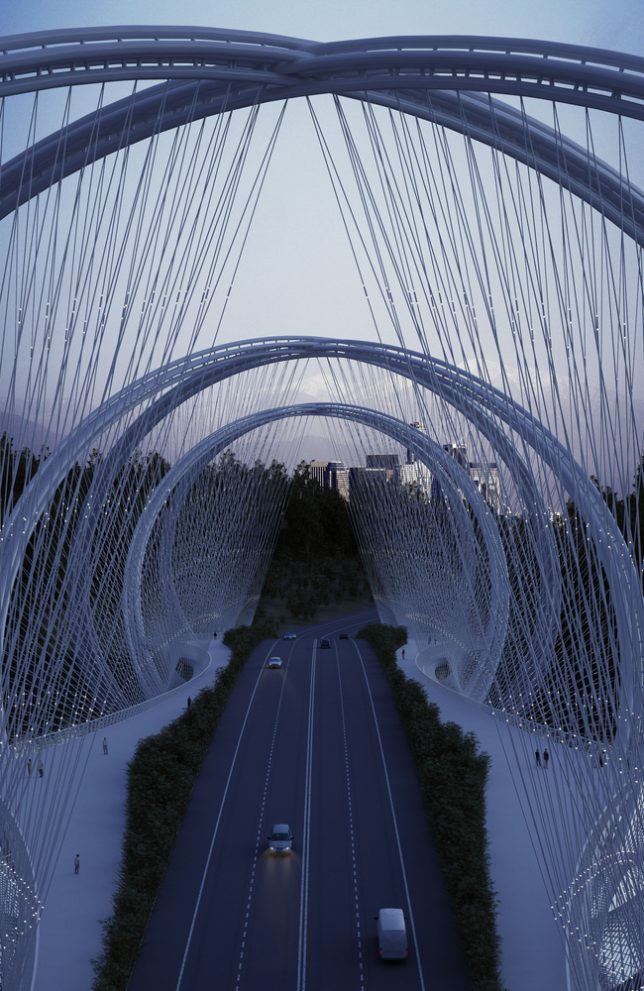 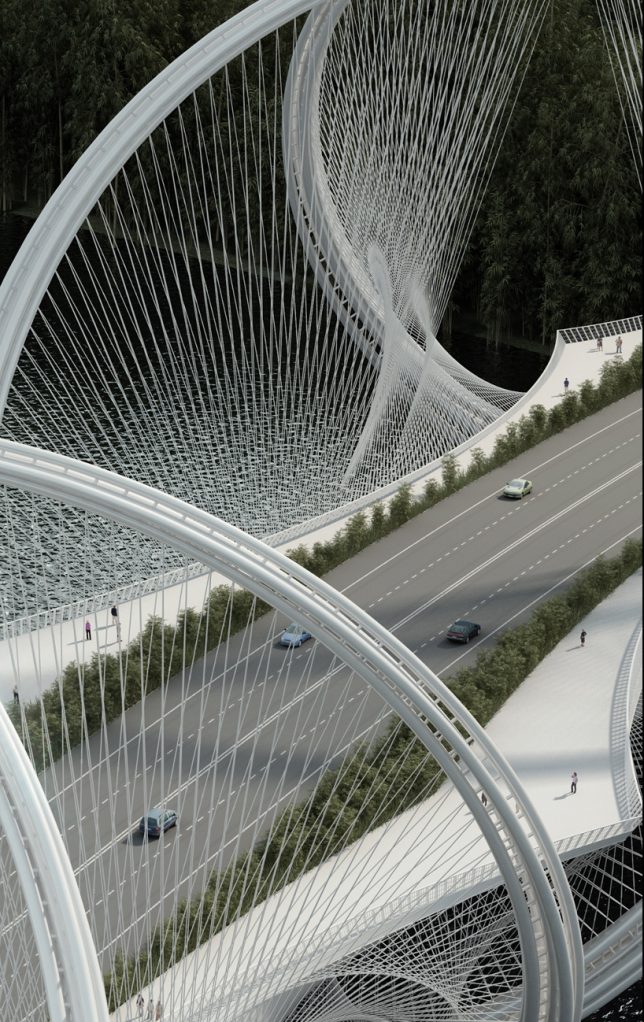 Spanning China’s Gui River, the San Shan Bridge is supported by the double-helix structure made up of three sets of undulating steel arches that cross above and below the road surface, dipping into the water. The deck is suspended from the higher arches using high-strength steel cables in a woven pattern. Four vehicular lanes are edged with greenery, which separates the cars from pedestrian paths on either side. Using up to 5 times less steel than a conventional box girder bridge, the design is slim and lightweight in appearance despite its big visual impact. 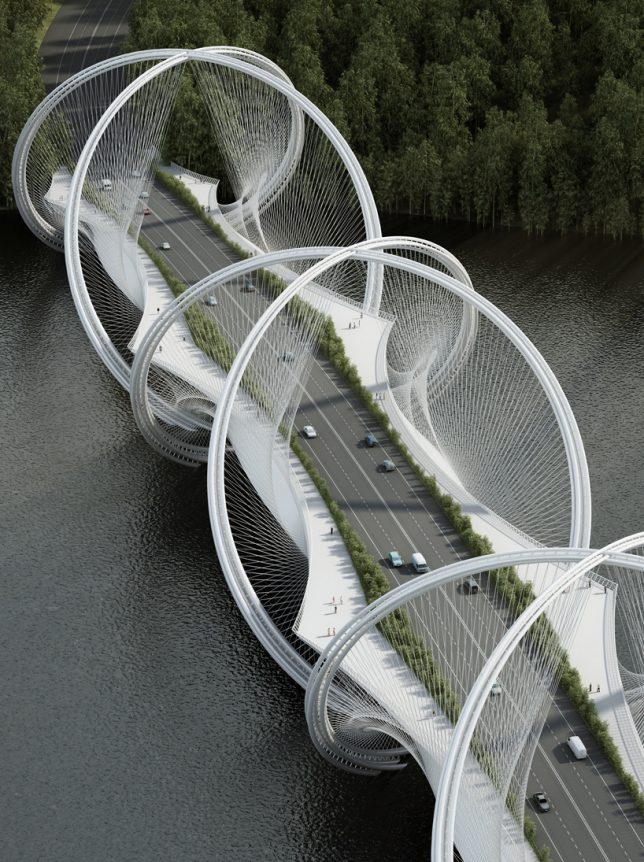 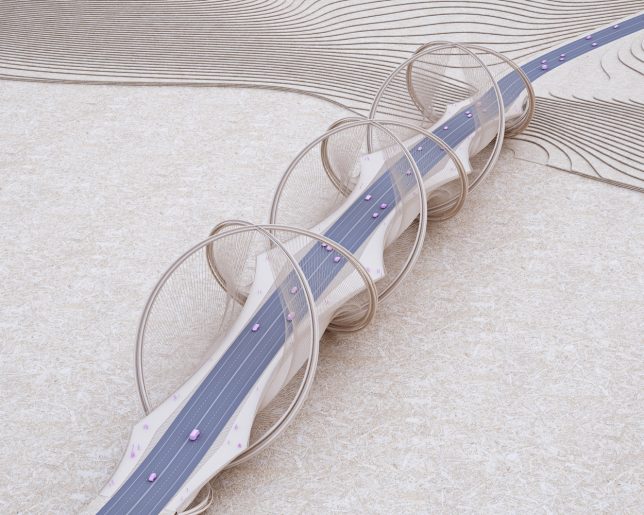 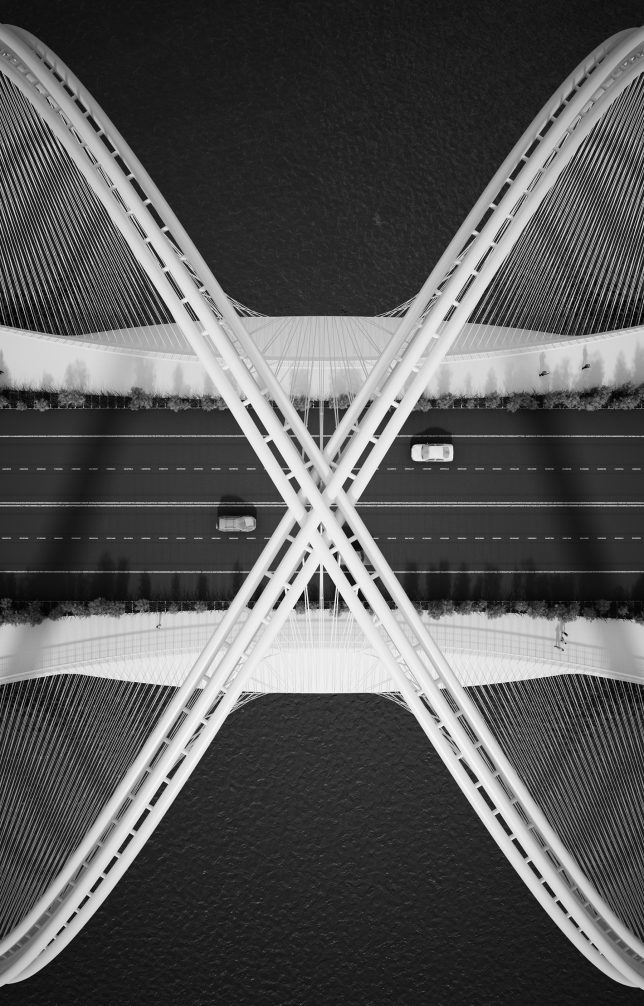 The region surrounding the bridge is a popular recreation spot for locals and tourists alike, with booming growth leading to a need for more infrastructure. The bridge will not only provide a crucial (and highly memorable) artery from the city to the Olympic events, it’ll be a central component of the Beijing Expansion Masterplan. Nearly 1500 feet long, the bridge will take a few years to construct, but should be done by the time the Beijing Horticultural Expo 2019 rolls around.