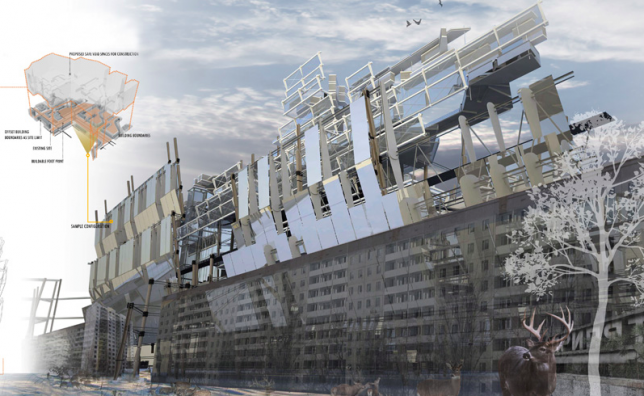 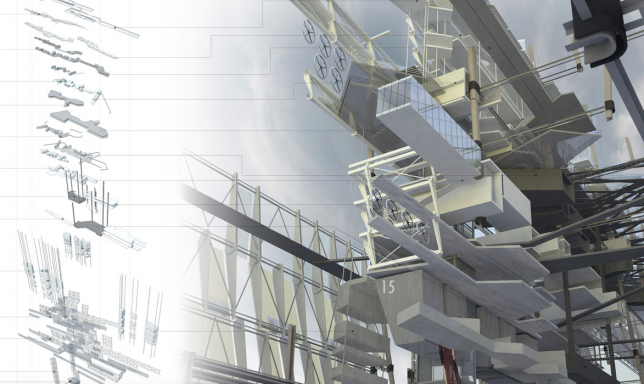 This skyscraper network made of lightweight fiber composite materials acts as “a new layer of landscape” over Chernobyl, aiming to improve the existing conditions of the site by slowly decontaminating the soil and preserving some of the ruins while also providing a community for residents, tourists and scientists. “Years later, when the skyscraper network has grown, more people can relocate to the site, creating a new typology of urban phenomena.” 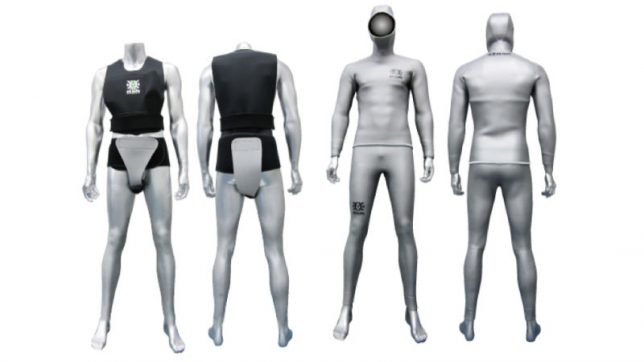 Designed with Fukushima cleanup crews in mind, this anti-radiation wetsuit made of rubberized kneaded carbon can stop nearly 100 percent of harmful beta rays, and has stitching that’s completely fused so contaminated water can’t seep through to your skin. There’s also a companion set of lead-based underwear that stops harmful gamma rays. 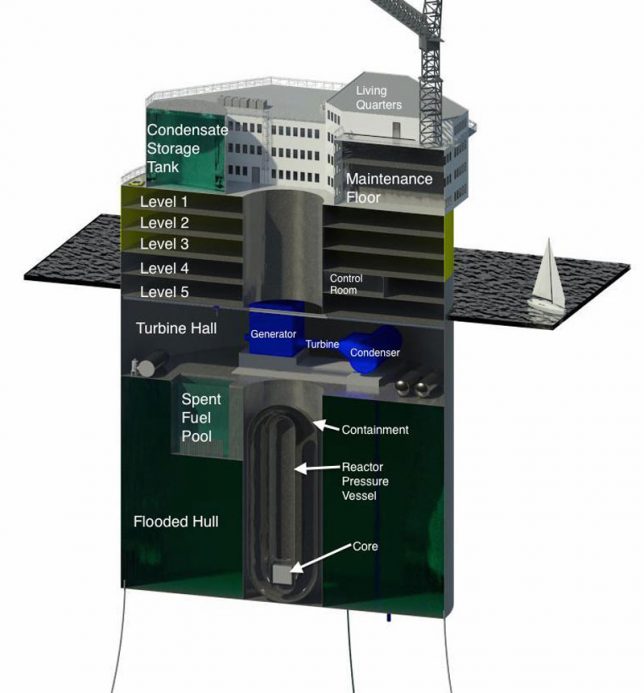 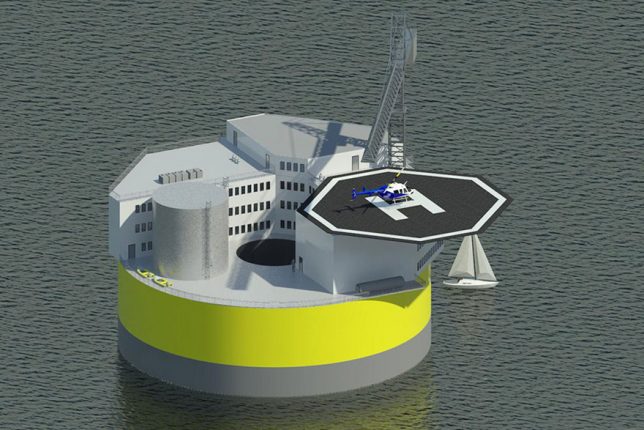 How can we prevent future disasters, even if we continue using nuclear power sources around the world? MIT researchers propose plans for floating nuclear reactors that can be mass-produced and use the sea as a buffer against damage in the event of a meltdown, positioned about five miles offshore. Deep water insulates against tsunami and earthquake damage, and the seawater itself cools the reactor. The idea has been around since the ‘70s and was considered too dangerous at the time, but subsequent catastrophic failures have led scientists to reconsider it. 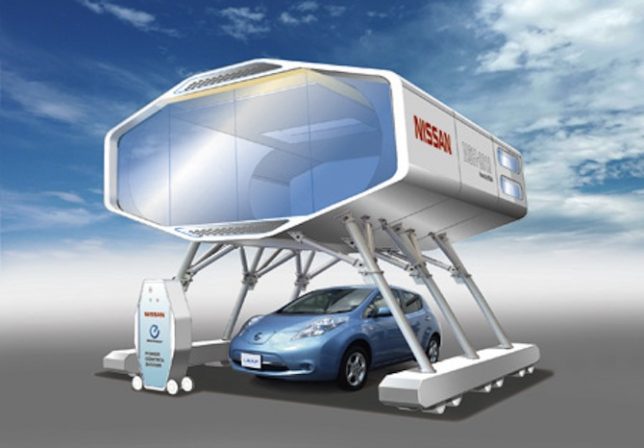 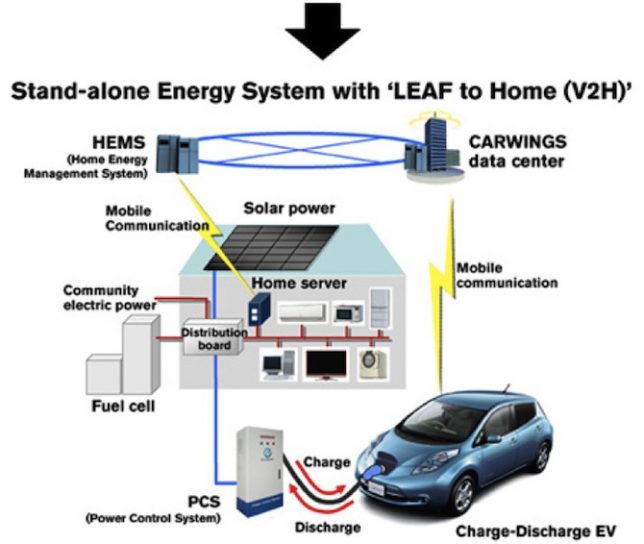 In a future where virtually all humans on Earth are dealing with the effects of climate change as well as potential nuclear disasters, could floating disaster-proof homes become the norm? Nissan envisions an elevated polyhedral “Smart House” to pair with its electric car, the Leaf EV, with aesthetics taken straight from aircraft fuselage designs. Each home produces its own power via solar, fuel cell or wind, and the car acts as a backup battery if the system can’t generate enough power on a given day. The design was presented in the wake of Fukushima, but there’s no indication that it’s radiation-proof in any way.

A Nuclear Health Spa for the Year 2030 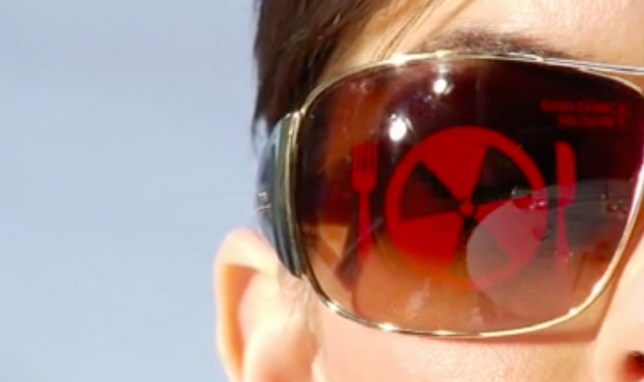 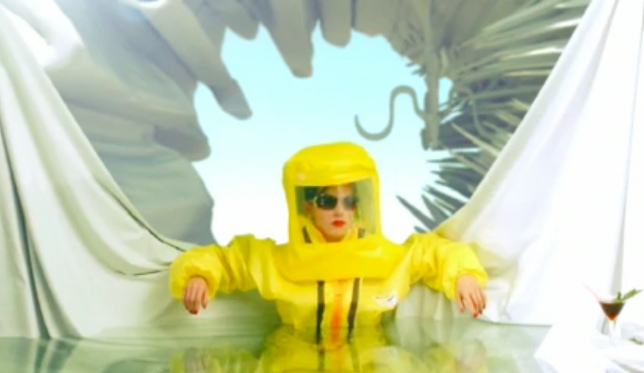 If you can’t beat it – join it? Wildlife is flourishing 30 years after the Chernobyl disaster, leading some to question whether small amounts of radiation might actually be good for us. That theory is questionable, considering that animals observed in the exclusion zone often have tumors and abnormalities, but this ‘work of future fiction’ by Rachel Harding envisions a society in which we’ve decided that there’s some merit to procedures like gamma wave baths, massages with hazmat gloves, and treatment rooms that wrap around a nuclear reactor.