Norway is working to create the world’s first “submerged floating bridges,” suspended from surface pontoons and engineered to span its vast network of wide and deep fjords. A system of truss-framed tubes hung 100 feet below the surface will be wide enough for two traffic lanes. They will also be easier, faster and cheaper to construct than underground tunnels or over-water bridges, at least in the complex sites for which they are being planned.

“This idea of Norway’s is sort of an intermediate technology of things that have been done before,” said Henry Petroski, professor of civil engineering at Duke University. Lessons are being taken from offshore oil platforms, existing tunnel systems and floating bridge designs and recombined in novel ways. “For an engineer working on this structure, it’s like being on the Discovery Channel every day.” 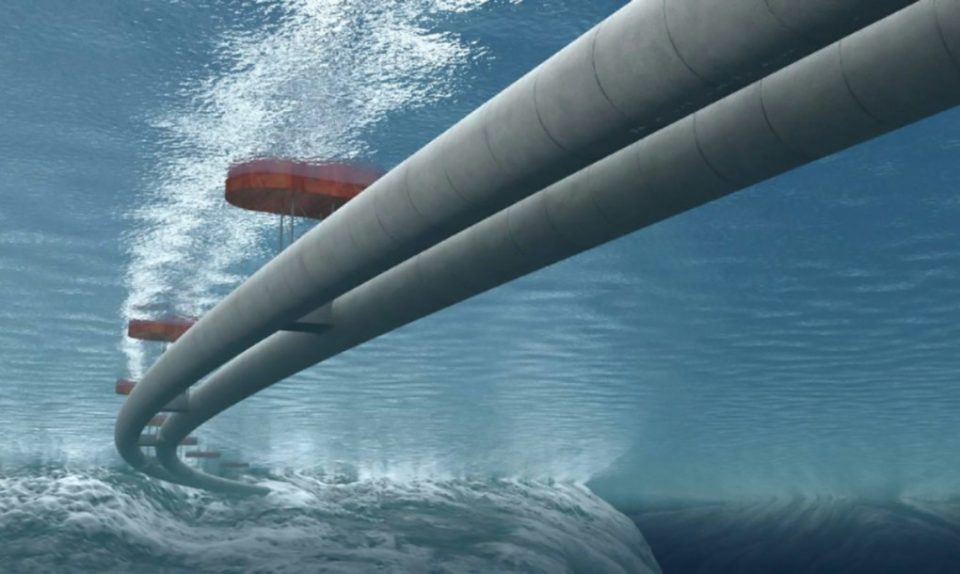 Norway already has over a 1,000 traffic tunnels (including a few dozen subsurface ones), but anchoring these to the ground in deep fjords is impractical in many cases. Also, long spans mean more complex engineering (and higher costs) for surface bridges. The nation currently relies heavily on a system of less-efficient ferry routes that can be unpredictable and impacted by weather. 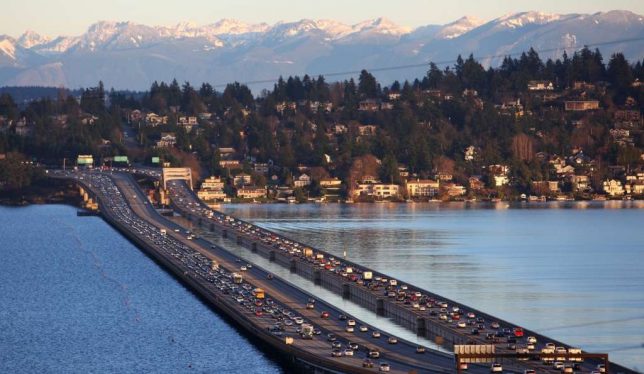 Floating bridges on the surfaces of water bodies are common in places like Seattle, where a combination of length and depth makes traditional bridges more difficult and less cost-effective. Essentially, underwater tunnel bridges would work the same way, except the pontoon supports will reside above rather than below the roadways. Of course, engineers in this case hope to avoid a disaster like Seattle had – parts of the original bridge sank while it was under construction. 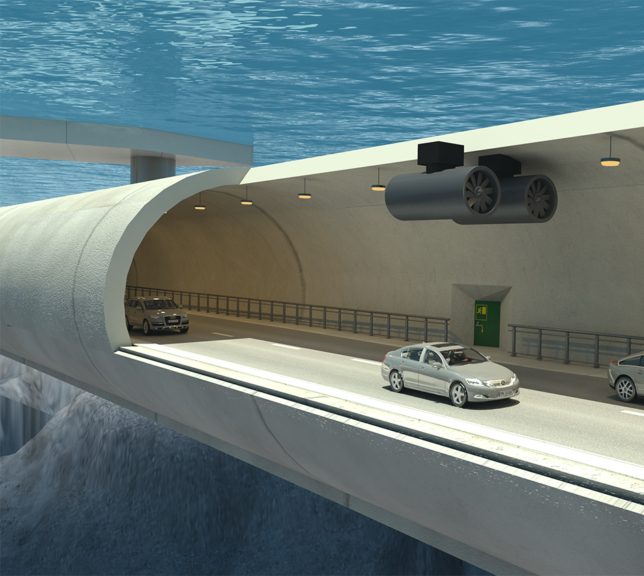 Underwater bridges also have advantages for nautical traffic, allowing ships to pass over them and between surface buoys. Normal bridges (unless they can be raised and lowered) create long-term height caps for the kinds of sea vessels that can pass below them. Pontoons on the surface hold up the tubes below while connecting trusses keep them stable. The structure might also be bolted to the bedrock below in places, depending on depths.

So far, the country has committed $25 billion to pursuing this project as part of a nationwide overhaul, starting with an analysis of wind and waves to determine how best to stabilize this new type of subsurface bridge. Initial plans call for a first tunnel in the network to span the 4,300-feet deep, 3,300-feet wide Sognefjord.