Roller skating may not have been as “cool” as ice skating but it was one hot recreational activity back in the days before inline was superseded by online. 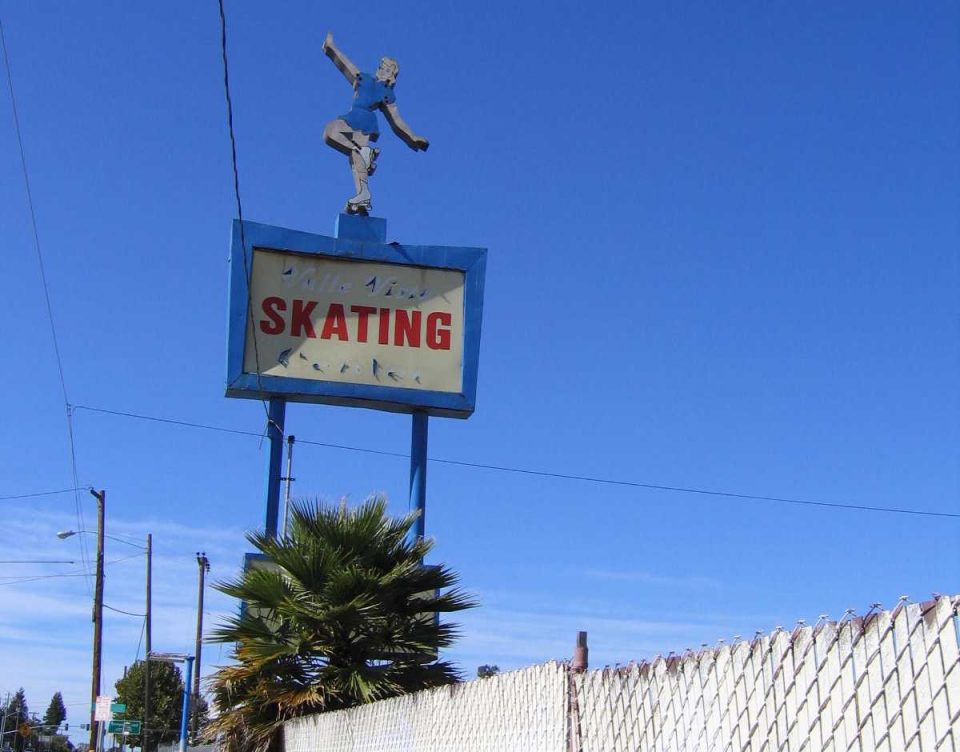 Roller rinks, along with bowling alleys and drive-in movie theaters, form a sad triumvirate of dying “family” recreational venues done in by economics, demographics and the rise of personal electronics. The former Valle Vista Skating Center in Hayward, California epitomizes the decline and fall of old-fashioned outdoor entertainment – sign out front shoulda told ya’. 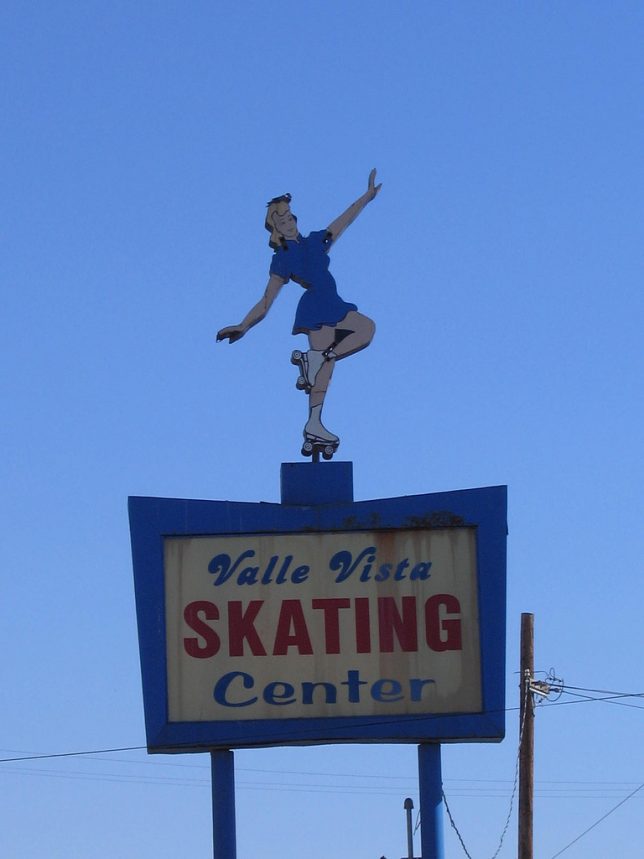 Speaking of which, the sign was the last vestige of the business to go after its closure, long abandonment, and destructive fire in early 2008. Kudos to Flickr member Michael Van Vleet (signalstation) who snapped these images in October of 2007. To quote the photographer, “Glad I snapped photos. You know, I passed that roller skater sign for seven years thinking ‘I should get a photo of that.’ I’m glad I finally did before it vanished.”

He Shoots, He Snores 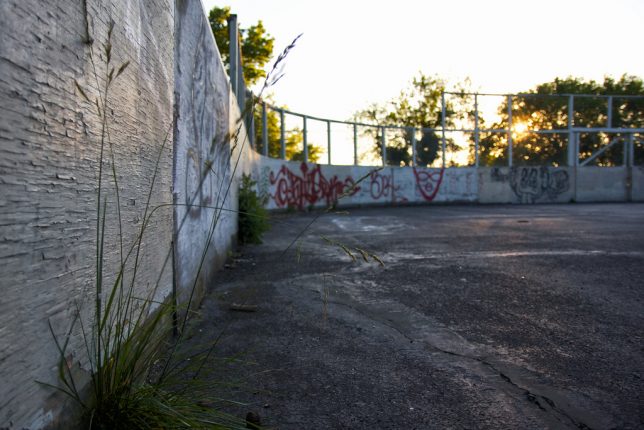 Roller hockey was yet another attempt to extend ice hockey’s appeal beyond the winter months. Of course, “hockey” and “appeal” are two words that too often don’t make enough economic sense south of the World’s Longest Undefended Border. This abandoned roller hockey rink captured at sunset by Flickr member Setve Nogar (snogar) in June of 2013 can be found in the Dayton, Ohio neighborhood of Walnut Hills… assuming anyone’s looking. 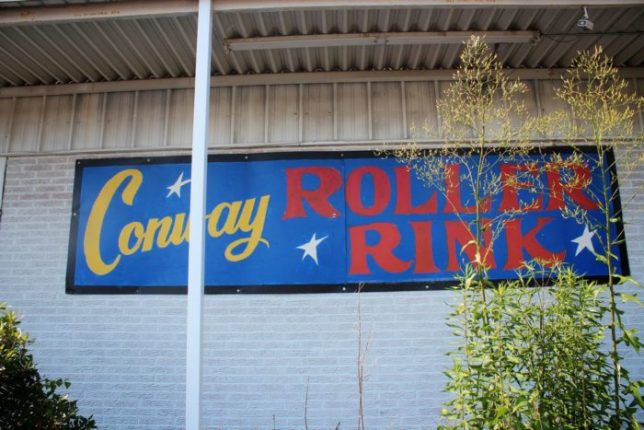 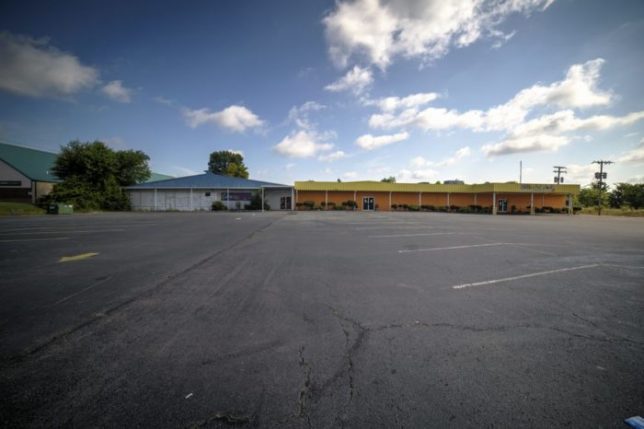 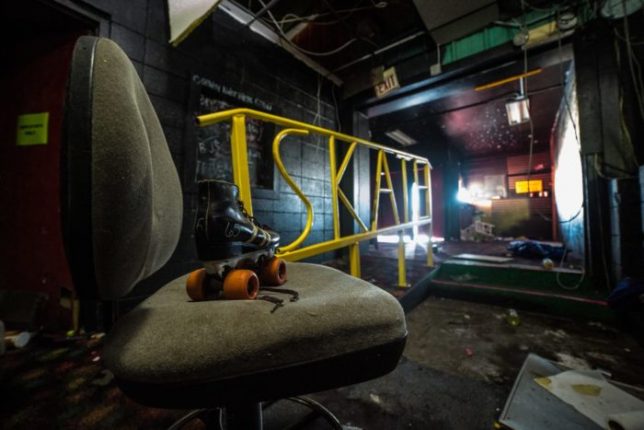 The Conway Roller Rink in Conway, Arkansas opened in 1973 and was a popular hangout for local college kids – Conway was and still is known as “The City of Colleges”. The rink had to compete for customers with a bowling alley right next door but soon garnered a reputation for its theme nights, parties and other such events. 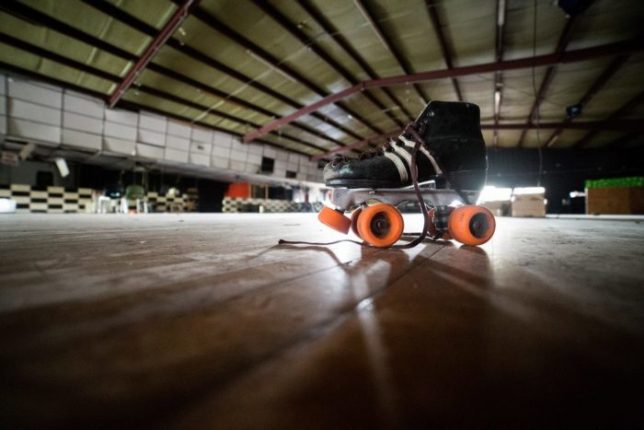 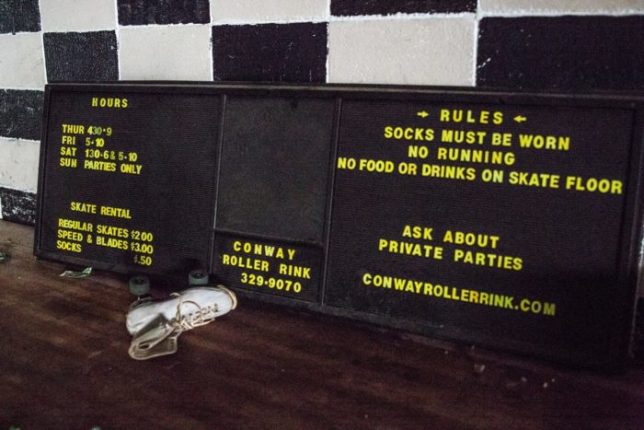 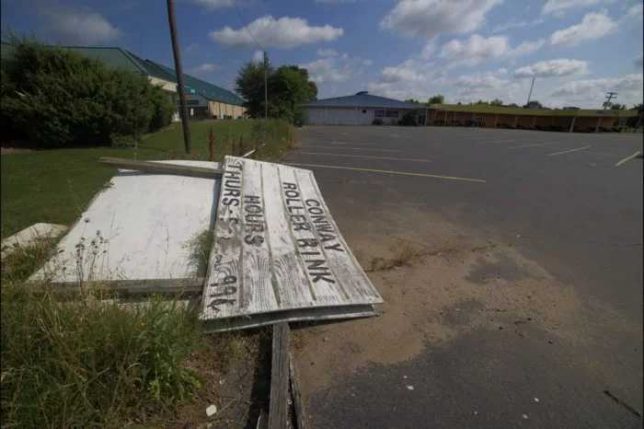 Like many non-chain enterprises, the Conway Roller Rink depended on the vision and energy of its owner. Larry Billings bought the rink in 1981 and his dedication to making the rink “a safe and fun environment for many families in Conway” made him a beloved figure in the community. In October of 2012, Billings was fatally shot at home – a murder whose perpetrator has still not been found. Billings’ wife and son inherited the rink but had no interest in operating it. 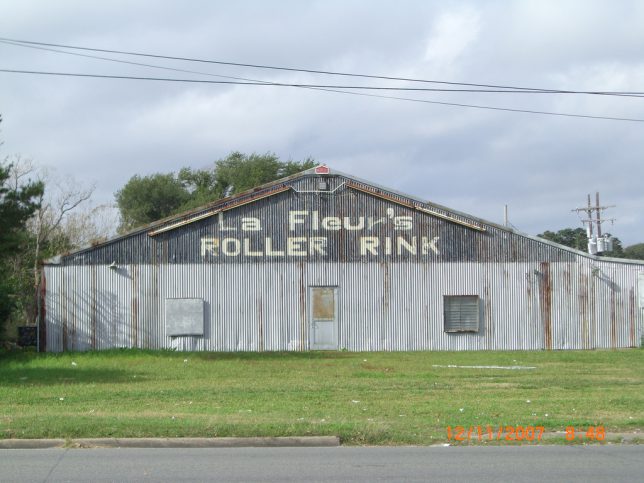 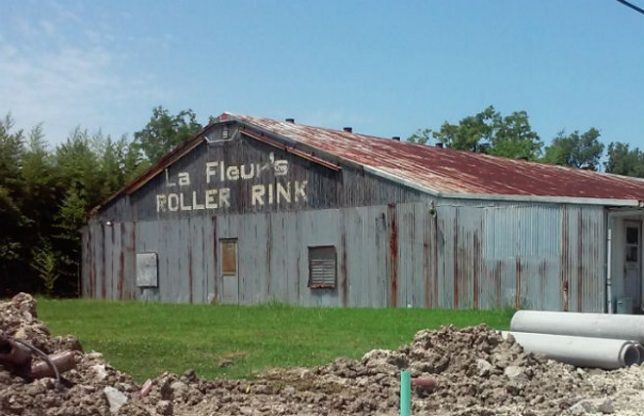 La Fleur’s Roller Rink in Sulphur, Louisiana (just west of Lake Charles) has seen better days. Now it’s one of “Five Big Eyesores in Southwest Louisiana That Could Be Great Opportunities.” That was in 2015 – Flickr member DieselDemon snapped the long-abandoned roller rink back in 2007 when its corrugated siding was a tad less rusted.